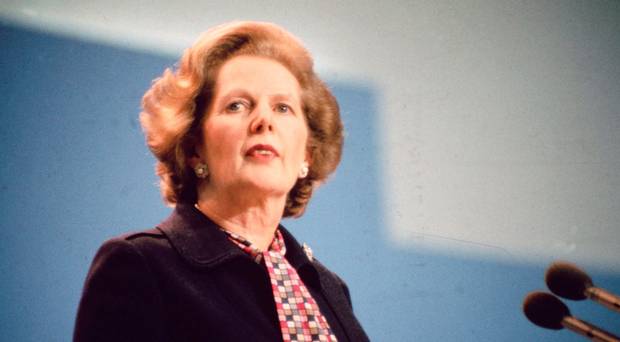 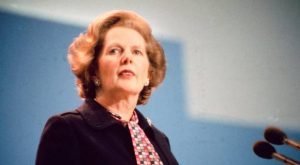 Once I realised that Theresa May was possibly the worst British Prime Minister ever, I kept blessing Margaret Thatcher for having been such a success that she made it okay for a female Prime Minister to fail.

During all the wailing about May’s deficiencies, I never heard anyone attributing them to her gender.

When Margaret Thatcher entered the public consciousness, almost no one thought of her as leadership material.

“There will not be a woman Prime Minister in my lifetime,” she said in 1970. “The male population is too prejudiced.”

When it came to choosing candidates, female party members thought an ideal MP was a charming, ambitious man with an industrious, pleasant, supportive wife.

Thatcher endured many a rejection before she was selected for a winnable seat.

At leadership level, the Conservative Party wasn’t so much anti-woman as paternalistic.

In the 1960s, having become aware of many obstacles women faced in their everyday lives (having to get a male signatory on a hire-purchase agreement, for instance), their research department produced the report Fair Shares For the Fair Sex.

Conservative Party practice was to have one Cabinet seat for a woman, usually in education or social services, which were seen as women’s subjects.

However, because of a combination of luck, ability and courage, Thatcher overthrew Ted Heath.

What with bullying her male colleagues into submission, taking hugely tough decisions, and winning the war against Argentina, it didn’t take long before she had shattered ideas about women being too indecisive, weak, or delicate to be in top jobs.

She loved it when the Soviet Union called her “The Iron Lady”.

Among her perceived achievements – with the highest vote at 41% due to her being the first female Prime Minister – the Falklands War, winning three general elections in a row, getting a rebate on Britain’s contributions to the EEC, defeating the miners’ strike, expanding home ownership and making British culture more aspirational and entrepreneurial all earned double figures.

Gender didn’t come into her perceived failings either.

Introducing the poll tax, at 37%, was closely followed by overseeing the decline of mining and manufacturing (34%), privatising utilities like British Telecom (31%) and selling off council houses (30%).

Nothing fluffy or girly there.

When she died, Glenda Jackson, the great actress who became a Labour MP, interrupted the tributes in the House of Commons to say: “The first Prime Minister of female gender, OK. But a woman? Not on my terms.”

There were quite a few feminists who took this view because for them being left-wing is a necessary prerequisite for being a woman.

It’s a bit reminiscent of the way in which I am frequently told by republicans that I’m not Irish because I don’t endorse their twisted historical narrative or their politics.

“I will shortly leave the job that it has been the honour of my life to hold,” said Theresa May in her resignation speech, “the second female Prime Minister but certainly not the last.”

I’m sure she’s right about that.

I found it very encouraging that people were throwing around names like Amber Rudd, Penny Mordaunt and Liz Truss and discussing their strengths and failings as if their gender was irrelevant.

One of the great things about the United Kingdom is that the public tend to want politicians that are competent and good communicators, whoever they are.

And the Tories just want winners.

In Benjamin Disraeli, the Conservative Party had the first Jewish Prime Minister.

Although it refuses to have all-female shortlists or any kind of positive discrimination, it has had the first two female Prime Ministers, who got there on merit.

My bet is that it will have the first black Prime Minister who will, no doubt, be told she isn’t really black because they’re a Conservative.