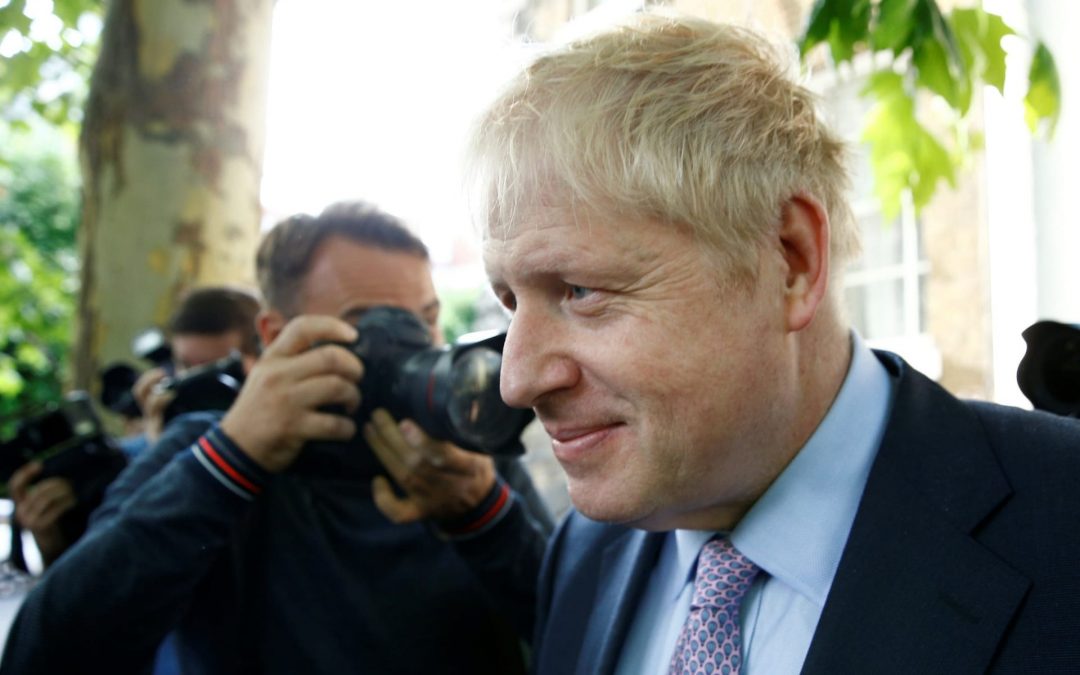 With charm, diplomacy and brains, there is no reason why he can’t secure concessions from Ireland 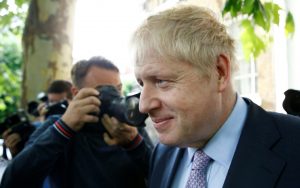 Writing earlier this week, the Irish Times columnist Fintan O’Toole was in despair at the prospect of Boris Johnson becoming Tory leader. “Who better [than Boris] to speak for a reckless and decadent ruling class for whom everything is desperate but nothing is serious?” he asked.

O’Toole, author of the stylish but staggeringly idiotic Heroic Failure: Brexit and the Politics of Pain – which uses the domination-and-submission theme of Fifty Shades of Grey as a prism through which to view Britain – also happens to be the favourite Irish commentator of the Guardian and New York Times, and of Dublin 4, the Islington of the Irish capital.

Ireland’s chatterati have been solemnly assured by O’Toole that Brexit – the appalling consequences of which he expects to last a century – is a fantasy spun by the “English reactionary imagination”, an “upper-class jest” bent on re-constituting a “white empire”. So assuming Boris becomes Prime Minister, the Irish elite will be expecting some kind of cross between Bertie Wooster and Cecil Rhodes.

Unfortunately, there are few voices in the Irish media much better informed than O’Toole these days and there has been also a resurgence of Anglophobia that colours everything. At root, this is an understandable feeling that British politicians cared nothing about the implications of Brexit for Ireland: this accentuated the inferiority complex you might expect from a small country bullied for centuries by a big neighbour and thus provoked anger and bravado. The country’s intransigence over the Irish backstop was perhaps the inevitable consequence.

However, Boris has plenty going for him. For a start, quite a lot of Irish people have a soft spot for him, for my countrymen love humour and irreverence – if it’s not at their expense. Everyone was mystified by the unknowable, tin-eared Theresa May, and those in the South who follow events in Northern Ireland have been appalled by her loyal apparatchik Karen Bradley – who in her 18 months of office has united all the parties in the view that she is the worst and most ignorant Secretary of Stateever. This week, she had the distinction of having to cancel a party for Stormont assembly members because none of them would turn up.

The Irish are as keen to be liked as is Boris himself. If he wants Ireland to budge on the backstop, his first job would be to make a quick visit in which he turns on the charm, admits that the British Government has made a pig’s ear of the negotiations over the border, laments that the vital friendship between the two states has suffered, and entirely accepts that Ireland is a loyal member of the EU27 while indicating his determination to work with all interested parties to find a win/win solution. He needs by his side an emotionally intelligent, quick-witted, engaging Secretary of State for Northern Ireland, with a knowledge of history and plenty of gravitas when it is required.

There is a strange tendency among the British and Irish media to accept unthinkingly that there can be no give over the backstop because Brussels says there cannot be. It’s time for the macho posturing to stop. While no one actually wants a no-deal Brexit, it would hit Ireland harder than the UK. And absolutely no one except a few hundred smugglers want a hard border.

Irish diplomats are also smart. They know very well that with newcomers due to take over the five top jobs, the EU is in a state of flux, and that with so many problems to deal with, getting the Irish border off the agenda would be a mercy for everyone.

A way of breaking the logjam was provided last week by the distinguished Irish historian Lord Bew in the Policy Exchange publication Breaking the Brexit Impasse. As Sir Graham Brady points out in his foreword, it is time that the United Kingdom negotiators recognised that legally and otherwise, “the backstop is a threat to the Good Friday Agreement, rather than its guarantor,” and spelled out practical ways in which the EU and the UK can together strengthen and preserve the peace. The DUP is signalling that it could compromise.

This would take imagination, charm and brains. How pleasing it would be to witness the confounding of O’Toole and his cheerleaders at home and abroad.