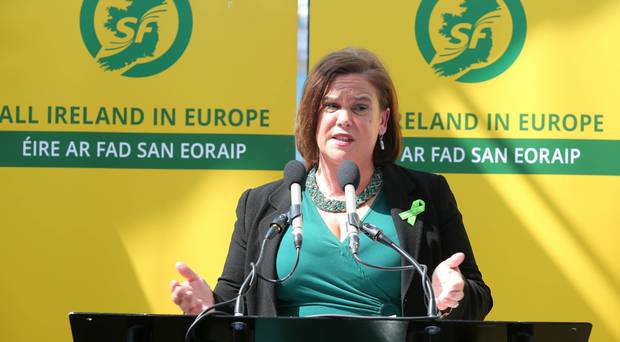 The party is used to riding two horses but it is now becoming more difficult, writes Ruth Dudley Edwards 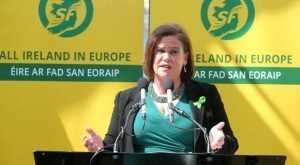 Sinn Fein will be poring over the entrails of the recent election, but will they have the capacity to understand the severity of their problems? In the Republic of Ireland the results were catastrophic: in the local elections Sinn Fein council seats fell from 159 to 81, which represented a fall in their 2014 vote from 15% to 10%.

And they have probably lost two out of three of their MEPs.

But, win or lose, demanding a recount that could take up to four weeks and cost in the region of €1 million is not a popular move.

And there will be a lot of hollow laughs from taxpayers at the defence put forward by Sinn Fein TD Jonathan O’Brien: “I don’t put any price on democracy.”

Nor will it be very popular with the young that the person Liadh Ni Riada is hoping to overtake is from the Green Party.

For it was the different performances of Sinn Fein and the Greens – which had very encouraging election results at 5.7% in local (going up from 12 to 49 council seats), and 11.3% in European, elections (bringing them so far one seat) – that most starkly illustrate the precarious state of Sinn Fein.

With Fine Gael and Fianna Fail continuing to dominate Irish politics, the story of the elections is of a Green renewal and a republican decline.

That Sinn Fein didn’t see it coming shows how out of touch they are with the zeitgeist.

Yet though Sinn Fein have been desperate to clamber on the progressive bandwagon on almost every issue, and they parrot the right environmental pieties, they voted for economic reasons at the parliamentary climate change committee against the introduction of a carbon tax.

It was not Sinn Fein’s fault that boundary changes were to their disadvantage, but it certainly was that they had done nothing to counter the widespread view that their party had a bullying culture that has caused a haemorrhaging of councillors over the past few years.

Among those who defeated them in local elections were ex-members of their party who had been expelled or had resigned amid a welter of serious accusations of intimidation, threats and absolute intolerance of any kind of dissent.

There were also further damaging revelations about the covering up of child abuse by members of the IRA.

Mary Lou McDonald had seemed no keener than her predecessor Gerry Adams to make the party less authoritarian and secretive.

Presumably to please the Sinn Fein directors of strategy in west Belfast, in the south Ms McDonald and her team eulogised terrorists and ranted about the importance of a border poll and a united Ireland.

The southern Irish electorate may have indicated in recent polls that they might smile on the idea of a United Ireland but they don’t much care about it, some can’t stand “Nordies”, and certainly would run at great speed from having to take on the burdens of the British taxpayer and run the risk of loyalist violence.

Then there’s the division over social progressivism.

There is a substantial republican contingent who are still loyal to Roman Catholicism and do not believe that Patrick Pearse died for single-sex marriage, gender diversity or abortion.

This was also an area where, in Northern Ireland, riding two horses was electorally damaging.

The Alliance message was coherent; Sinn Fein were all over the place.

What pleased me most about the reports of what went wrong for the party was that it appears that on the doorsteps people were complaining about them being too angry.

Generations of Sinn Fein leaders have encouraged their followers to hate and resent and to count real and imaginary grievances.

Grown-ups are looking for constructive – not divisive – patriotism.