We tried safe pair of hands and look where that got us. It’s time to take a risk with Boris Johnson 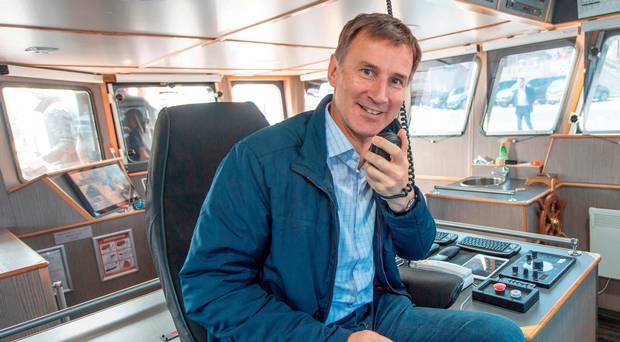 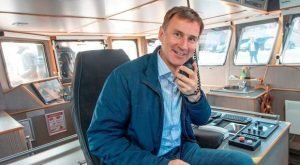 Well, I finally made up my mind who I want to be the next Prime Minister. Having vacillated over the past few weeks, I’ve realised that it’s got to be Boris Johnson.

I write that as headlines are full of a domestic row with his girlfriend that seems to me to have been a great fuss about nothing.

He spilled red wine on her sofa, she lost her temper and by the time he had calmed her down, left-wing neighbours had called the police and notified The Guardian newspaper.

Having dithered because I think very highly of Michael Gove, the fact that the choice is now down to Boris or Jeremy Hunt simplified it no end.

Hunt is the safe pair of hands, Boris the rollercoaster ride.

I know Boris a bit. The first time I met him was in 1999 when he was sent by the Daily Telegraph to interview me because I had just published a book that challenged orthodox opinion by suggesting (I would say proving) there were a lot of good people in the Orange Order and that the mayhem over parades had been planned and orchestrated by Sinn Fein.

Boris arrived late and dishevelled, asked some obvious questions and scrawled notes at great speed during the short period we had to talk before he rushed off to something else.

The ensuing article was pretty run-of-the-mill.

My other encounters with him were mostly on the phone when he was editor of The Spectator.

I found him chaotic and indecisive over a very contentious article, but I forgave him when, in the end, he overrode a nervous lawyer to run it.

I’ve been arguing with friends about Boris for years. His faults are very public, but there was no getting away from the fact that until recently he mostly had extraordinary professional success.

He took the circulation of The Spectator to dizzying heights and twice won an election to be Mayor of London, an overwhelmingly Labour city.

His critics claimed that he had no eye for detail and that many of what he claimed as his achievements were in fact those of his predecessor as Mayor Ken Livingstone.

There are endless articles on the pros and cons of Boris’s London reign, but in the end it seems clear that he operated as he had at The Spectator by his brilliance as a recruiter and a delegator.

As the journalist Andrew Gilligan, who worked for Boris at City Hall for three years, put it recently: “Under Johnson most things that are now going up (crime, council tax, traffic congestion, air pollution, road casualties) went down. Most things that are now going down (capital investment, bus frequencies, passenger numbers, the number of new houses being built) went up.”

What was more, although undoubtedly Livingstone had many administrative strengths, he was an immensely divisive figure who turned London into ethnic silos competing in the victimhood stakes.

Boris rode his bicycle through London returning waves and smiles, cheering us all up and making us think of ourselves as Londoners.

And heaven knows, after the disastrous Theresa May – who, we should remember, was thought to be a safe pair of hands – we need a can-do optimist at the helm.

As my newsagent, who is of Indian origin, has been saying to me for weeks: “We have to have personality.”

May was a personality-free zone as well as a control freak.

Having been a ditherer myself over Brexit, I completely understand why Boris wrote two articles to clarify his own mind on Leave or Remain. In the end, like him, it was the state of the EU that tipped the balance for me in favour of Leave.

Brussels is about to have five new political leaders.

It’s an excellent time to face them with somebody they don’t want, who will assemble the best possible team of negotiators and will keep them guessing.

It’s time to back Boris.