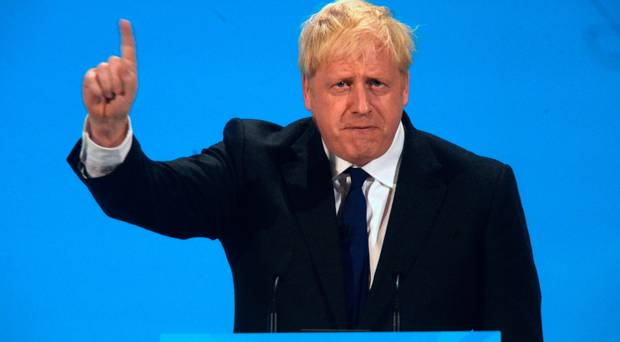 I’m cautiously optimistic Johnson will be success at No.10… and it will be lots of fun, says Ruth Dudley Edwards 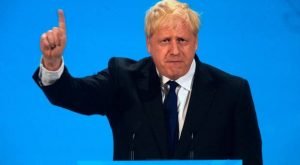 With some justification, I frequently get accused of being a Pollyanna. Be warned. As I write this, having for weeks been reading and listening to all sorts of doom and gloom about Boris Johnson from the massed ranks of the miserables, I’m increasingly in cheerful mode.

After a long period of glumness under a woman whose sterling qualities do not include being any fun, we’re about to get a new Prime Minister and – assuming it’s Boris – one who should at least buoy up the spirits of those not in terminal Remainer depression and make them laugh.

I’ve been particularly influenced by seeing all around central London yesterday vast numbers of people in yellow T-shirts saying ‘B******* To Brexit’, which is vulgar shorthand among many for “You evil/stupid/uneducated/fat/xenophobic/racist 17,410,742, we’re still determined to overturn your votes because we 16,141,241 are good/clever/educated/thin/pro-immigrant/multiculturalists and seek merely to save you from your deluded selves”.

The Labour peer Andrew Adonis is one of the anti-Brexit self-appointed spokesmen who are unashamed about their determination to overturn the democratic vote. His friends fear he’s been driven mad by Brexit.

He has compared implementing Brexit to the Spanish Inquisition and to the appeasement of the Nazis, while calling the BBC (which is about 90% Remainer) the Brexit Broadcasting Corporation.

Yet, for some bizarre reason, he is taken seriously in Ireland, north and south, as an influential voice of sanity who may yet help keep the United Kingdom in the EU.

Obviously a convinced Leaver like Boris as PM is Adonis’s worst nightmare, and it’s almost pathetic to see how he is still grasping at straws in the hope of blocking him.

His latest is to describe Boris’s most recently reported jokes as “absolutely in character and part of the reason that many of us believe that Boris Johnson is profoundly unsuitable to be Prime Minister”.

The shock revelation was that when at the Foreign and Commonwealth Office (FCO), Boris apparently said of Taoiseach Leo Varadkar: “Why isn’t he called Murphy like all the rest of them?”

Hey, your lordship, this was in private, and is what is technically known as a joke.

I wrote a book about the FCO once, and while researching it heard many jokes about foreigners that wouldn’t go down well if reported in a poker-faced way in the Press.

Making jokes, as most of us know, is a healthy way of getting through the tough times in our lives.

One of the reasons why Boris is a great communicator is his inspired use of humour and it’s been one of the most depressing aspects of the endless attacks on him that offence archaeologists have been searching through years of his brilliant journalism in order to find things he shouldn’t have said according to the contemporary Political Correctness rule book.

If you haven’t heard that he referred last year to women in niqabs and burqas as looking like letterboxes, you haven’t been paying much attention to the media.

Their face veils offend a lot of people and inhibit integration. Denmark and France are among the EU countries in which they are banned.

Yet Boris’s argument was that it would be illiberal to follow suit, which, of course, didn’t stop him being denounced as an Islamophobe by various Muslim and left-wing pressure groups.

“What’s the worst thing that could happen?” began an article yesterday by the journalist Guto Harri.

“The man likely to be our next Prime Minister posed the question two days before I joined his team at City Hall,” he went on.

“I could think of many things, but he cut me short: ‘The worst thing is that we may not achieve everything we’ve spent the last couple of hours (over a bottle or two of wine) kicking around’.

“My face must have betrayed some lingering concern. ‘OK, we might f*** it up completely. But it’ll be fantastic’.

Harri “couldn’t resist”, and spent four years working for Boris, whom he says “works hard but retains the journalistic knack of cutting corners, seeing the big picture, focusing on the wood not the trees. He also breaks the rules and maintains an unshakable belief in his own ability”.

Harri is cautiously optimistic. So am I.