If you can stand up for morality, free speech and Brexit you’ll be a real success in your new job 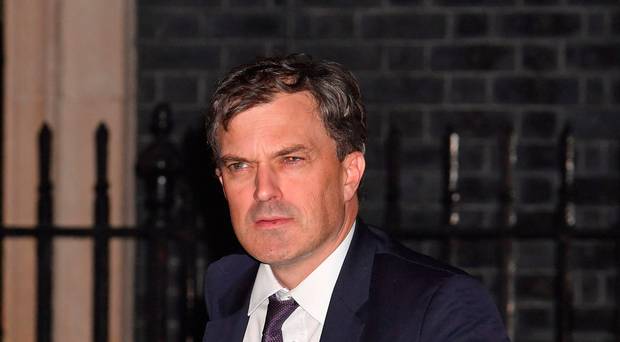 Julian Smith has already hit the ground running thanks to a united government and clear instructions, writes Ruth Dudley Edwards 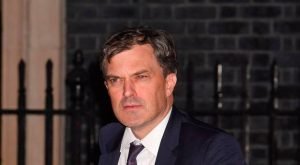 You’ve come from the tough job of chief whip, but this one is worse. In the Commons you could negotiate mostly behind closed doors. Now you have every word you say scrutinised in two jurisdictions by a raft of politicians who favour megaphone diplomacy and have utterly incompatible agendas, not to speak of a nationalist Press that mostly blames everything on the Brits.

The good news is that you have serious advantages.

Unlike your predecessor Karen Bradley, who didn’t know what to do and therefore did as little as possible, you know what the Government wants to achieve and who’s in charge.

It’s a strength that there’s unanimity between Boris Johnson, his de facto chief of staff Dominic Cummings, and Michael Gove, and that in addition to overseeing the work of all departments for turbo-charging no-deal preparations, Mr Gove has a watching brief across Government to preserve the integrity of the Union.

As Mr Gove explained yesterday: “We need a new approach and a different relationship. Critically, we need to abolish the backstop and ensure we find a different way to handle trade, and other important relations, on the island of Ireland.”

This is already calming the nerves of unionists.

Meanwhile, as you know, Irish nationalism is in uproar and those competitors Leo Varadkar and Simon Coveney are vying for possession of the green jersey – the nationalist equivalent of beating the Orange drum.

One of the few journalistic dissenters in the Republic is the columnist Eoghan Harris, who explained why he had swum against the tide on EU strategy, believing that “the backstop was part of the baggage of Irish nationalism; would feed a fresh series of Sinn Fein demands; was a fraudulent issue because it would lead to the hard border it pretended to prevent; was a bullying device to force the UK to stay in the EU, or dump the unionists, or hold a second referendum; was a straitjacket devised by the Department of Foreign Affairs and approved by the EU, which wanted to punish the Brits for leaving and was delighted to find foolish Irish puppets willing to do its dirty work”.

And so it has come to pass.

One of the major cards played by opponents of Brexit has been its threat to the Good Friday Agreement.

It’s time for the British Government to expose that for the baloney it is.

In fact, the Irish Government has been flouting the terms of the Good Friday Agreement, and as Lord Trimble pointed out the other day in an essay (policyexchange.org.uk/publication/the-backstop-would-wreck-the-good-friday-agreement/), a backstop could wreck it.

This is an argument that Geoffrey Cox, the Attorney General, is familiar with, and now he’s part of a Government capable of understanding it, it’s time to take it up with the Irish Government and insist the terms of the GFA should be honoured, which would help to resolve the border problems.

The British Government has been largely supine in the face of Sinn Fein aggression and propaganda and has allowed it in negotiations to dictate terms, as Brussels did on Brexit.

It would do wonders for the morale of all those decent people in Northern Ireland who suffered at the hands of loyalist and republican terrorists, and feel betrayed, to begin immediately the process of correcting some scandalous injustices. Here are a few.

First and foremost is the urgent need to change for all purposes the definition of victim to exclude perpetrators of violence, and then set about providing pensions for innocent victims, as well as for those of historical abuse whose needs have been recognised but kept in Mrs Bradley’s pending tray.

The next is to address the utterly immoral legacy structure that has produced 32% of investigations into State killings when it should be at most 3%, since most of the State’s killings were legitimate. And then, to facilitate the investigation of abuses and the freedom to expose them, and curtail the persecution of the Press and individuals through libel actions, you could find a way of extending the Defamation Act 2013 to Northern Ireland. It would be good to see you standing up for morality and free speech as well as Brexit.