Isn’t it about time we paid tribute to the contrarians among us who won’t be cowed? 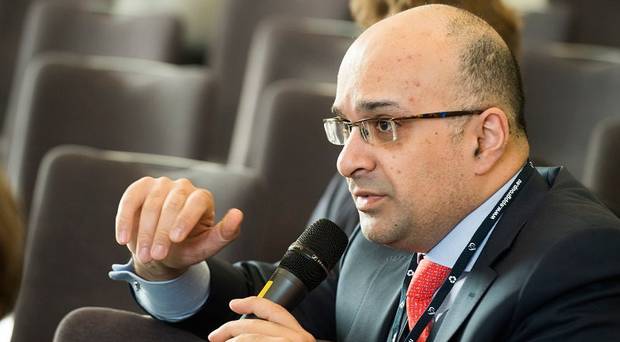 It takes bravery to put your head above the parapet and challenge convention, writes Ruth Dudley Edwards 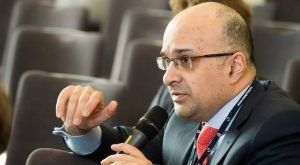 I went last week to the award of the Contrarian Prize in London. The dictionary definition of a contrarian is “a person who opposes or rejects popular opinion”. It is often used dismissively by the orthodox to imply that someone is taking an unfashionable opinion because they’re attention-seeking.

The contrarian who founded the prize is Ali Miraj, a banker by day and a DJ by night, who offers a more agreeable interpretation of the word.

He seeks to reward those who “put their head above the parapet” – a place which, I can tell you from personal experience, is sometimes pretty uncomfortable.

I went to the prizegiving because, apart from Theresa May – a tongue-in-cheek nominee who unsurprisingly didn’t turn up – I admired everyone on the shortlist and know two of them.

There was the American scholar Helen Pluckrose, who embarrassed idiotic academics by having spoof, jargon-laden research papers published in peer-reviewed academic journals specialising in “grievance studies”.

One was called ‘Human reactions to rape culture and queer performativity activity at urban dog parks in Portland, Oregon’, which was praised as “an important contribution to feminist animal geography”.

Then there were my friends David Goodhart and Douglas Murray, who have enraged conventional thinkers, particularly on the Left, through their recent books.

Goodhart’s The Road To Somewhere changed a lot of the debate on Brexit for the better by showing how society is divided between the “globalist footloose Anywheres” and the “Somewheres”, who are rooted more in their traditions, their communities and their place.

As he points out, it is the Anywheres who these days are the cultural and political elite who have come a cropper recently through pursuing their agenda at the expense of the Somewheres.

Murray, in The Strange Death Of Europe, made enemies right around the world by spelling out that Europe’s whole future is in jeopardy because it not only allows high levels of immigration, particularly from Muslim countries, that threaten social cohesion, but also lacks the cultural self-confidence to defend its own historic values.

Talking to David and Douglas before the announcement of the winner, both agreed that the most deserving candidate was Katharine Birbalsingh, a one-time Marxist who became an outspoken critic of the state education’s failure with poor children – through a lack of discipline, low standards and contempt for knowledge.

The educational establishment retaliated by having her fired from her job as vice principal of a London school.

She surmounted enormous difficulties to set up her own, where staff are obliged to “reject all accepted wisdoms of the 21st-century”. It has been ranked “outstanding” by Ofsted.

She was a very, very popular winner of the Contrarian prize.

As Miraj points out: “Conformists are rewarded with senior positions in government, business, quangos and the media”, but there is nothing to acknowledge those that stand up for what they believe in and suffer as a result.

Ireland doesn’t seem to have much of a taste for contrarians.

Remember Bertie Ahern saying before the 2008 financial crisis that he didn’t understand why the (very few) economists who were predicting a crash “don’t commit suicide”?

And then, of course, there were all those who suggested that criticising paramilitaries during the peace process was a proof that you were anti-peace.

When I think of courageous non-conformists in Northern Ireland, the first who comes to mind is Jeff Dudgeon, who won a long and lonely battle for the decriminalisation of homosexuality, for which he has had very little recognition since being gay became fashionable.

There’s (retired editor and journalist) Jim McDowell, who spent years ignoring the threats and violence from the loyalist drug dealers he exposed.

Liam Kennedy, the Tipperary-born Queen’s academic, stood against Gerry Adams for Westminster just to have the opportunity to point out that Sinn Fein was doing nothing to save people from being murdered or having their limbs broken because they had annoyed the IRA.

Ann Travers of the South East Fermanagh Foundation, sister of the murdered Mary, every day challenges the eulogisers and apologists of political murder.

And let’s not forget Willie Frazer, who was treated as a pariah by many sections of society but who responded to the murder of six members of his family by fighting for IRA victims everywhere.

Time to set up a Contrarian prize here?