In contrast to terrorists in the Troubles, soldiers, like police, did not set out to kill 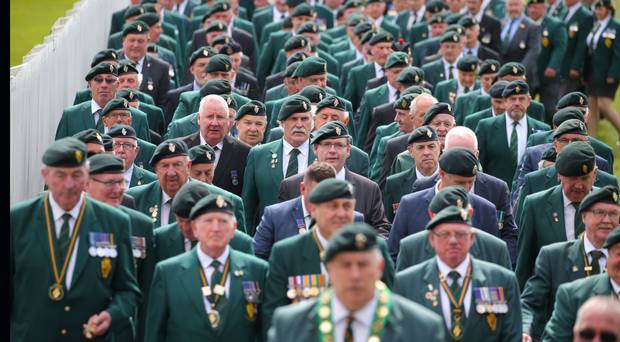 Without Operation Banner, there could have been a full-scale civil war in Ireland, writes Ruth Dudley Edwards 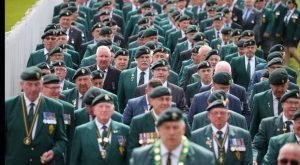 Former soldier John Hutchinson said at the Lisburn event on Saturday commemorating the 50th anniversary of British troops being deployed in Northern Ireland: “We did things for the good and benefit of the public to try and stop terrorism on both sides of the blanket. We weren’t just anti-IRA, we were anti-every-bloody-terrorist.”

And with some discreditable exceptions, that was true of the more than 300,000 mostly male, mostly young people who faced death and physical and mental suffering in the service over 50 years of Operation Banner.

Arlene Foster put it well when she spoke there of the gratitude owed the veterans who had “stood between us and anarchy actually during the Seventies, Eighties and Nineties”.

For that is the truth about what was achieved by the security forces.

Without them there would have been nothing to prevent outright civil war, which could have engulfed the whole island.

There’s been little recognition of this from either the British or Irish Governments.

I’ve been reading Malachi O’Doherty’s 50 Years On: The Troubles And The Struggle For Change In Northern Ireland, a fascinating meld of personal experiences, interviews and thought-provoking reflections encompassing the whole of his whole adult life, which I recommend unreservedly.

I’ve long been an admirer of the fearless way O’Doherty has shed a harsh light on some very dark corners in his determination to do what he can to expose political lies and tell simple truths.

He did this at times in the face of intimidation from violent people, but he has not flinched.

Propagandists would have us believe that peace-loving republicans led a civil rights movement for gay rights and abortion reform rather than becoming ruthless terrorists killing for a united Ireland.

They claim that the violence was a reaction to police brutality and loyalist aggression that gave brave young people no option but to defend their own communities.

The facts, however, are that in August 1969, the IRA were intent on inciting protesters to use stones and petrol bombs to stretch the police to breaking point and make Northern Ireland ungovernable.

It was the Catholic community that started the violence, the loyalists who reacted lethally and the police who were caught in the middle.

Although no one was actually killed in the vicious Bogside rioting that set off the Troubles, the IRA upped the ante in Belfast, where again it whipped up war fever by goading the Catholic community into violence.

The sequence in Belfast was that on August 14 the IRA launched an attack on the Hastings Street police station and burned surrounding buildings, after which loyalists came into the Falls to retaliate and the two sides shot at each other, killing a loyalist.

The already exhausted police, who had no training or equipment to take on this kind of violence, thinking they were in the middle of major insurrection, massively overreacted with machine-guns mounted on armoured cars, which killed poor little Patrick Rooney in Divis Flats.

As O’Doherty put it sardonically in a recent article: “The simple ‘pogrom’ account of August 1969 is an injustice to those who were burnt out of their homes, because it ignores the huge effort that some of their own neighbours put into stoking up violence.”

The British Government had little option but to agree to send in the Army, which was unprepared for this kind of action at home, made many mistakes, bravely withstood the pain and grief of having hundreds of its members murdered, and has been demonised for half-a-century by skilful, cynical republican propagandists.

But as Dr William Matchett, Special Branch officer turned historian, put it in his Secret Victory: The Intelligence War That Beat The IRA: “The Army prevented Ulster from unravelling.” And thus bought time for the police to regroup, retrain and take back control in Derry and Belfast.

It would be good to see the new Secretary of State coming to grips with the shocking mess that is the legacy scandal by recognising that successive British Governments have been utterly outmanoeuvred by republican negotiators, and making it a priority to give the Army and police not preferential treatment in the justice system, but a level playing field.

Unlike the terrorists, they did not set out to kill.