The more Sinn Fein bellows on subject of Irish unity, the more right-thinking people call for a reality check 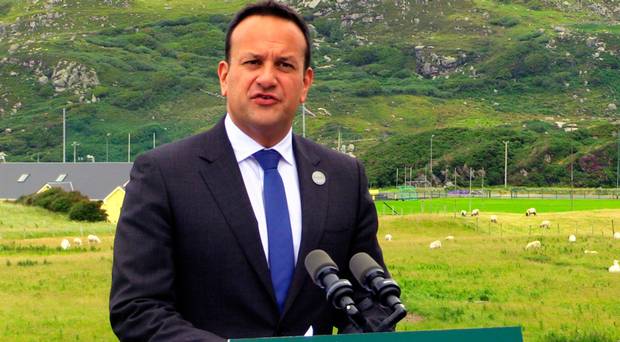 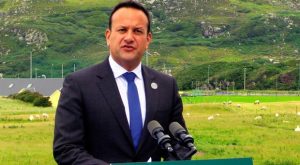 The news I bring from the West Cork History Festival in Skibbereen is that in the Republic thinking people have serious misgivings about a United Ireland.

In a country that goes in for navel-gazing summer schools, this three-year-old event has swiftly carved a niche for itself.

First, it calls itself a festival rather than a school, for it enjoys rather than endures discussions about history, so the kind of dreary, fashionable academic guff that is impenetrable to the ordinary person is discouraged.

It is run not by a well-meaning committee dedicated to eternal reinforcement of the middle and progressive ground, but by Simon and Victoria Kingston with the help of their family, friends and neighbours, who just want to see the community enriched by understanding its past in all its complexity.

It takes head-on controversial subjects like the sectarian murders of Protestants in Cork during what is called the War of Independence.

And it invites speakers that include those viewed normally in nationalist circles as heretics or contrarians, for while Ireland intellectually and politically may still fight over its Civil War, when it comes to much else – like attitudes to the EU, Israel or Donald Trump – the herd-mentality still rules OK.

Famously, just before the 2008 financial crisis, Taoiseach Bertie Ahern’s reaction to prophesies of a crash being made by one of the tiny number of dissenting economists, said he couldn’t understand why people like that didn’t commit suicide.

As ex-Taoiseach John Bruton said in a fascinating and candid interview on Friday night, the Irish have a tendency never to hear the other side, which he finds unfortunate, because it is important to challenge received wisdom.

He did this as Taoiseach, in an office where pride of place is normally given to practitioners of political violence like Patrick Pearse or Michael Collins, by installing a portrait of John Redmond, the constitutional nationalist whose decades of hard work finally got Home Rule onto the statute book in 1914.

Although a long-time supporter of the EU, Mr Bruton is unhappy about the recent outbreak of Anglophobia in the Irish media. Asked if Brexit would bring about a united Ireland, he said Ireland wasn’t ready for it.

It’s not that there isn’t a romantic attachment to the idea: it’s that the endless bellowing from Sinn Fein spokespeople about the need for a border poll has caused people to think about reality.

There are of course plenty of sad people in Northern Ireland who loved MEP Martina Anderson’s shout of “Tiocfaidh Ar La” at the end of her recent anti-British rant at a National Hunger Strike Commemoration.

Many of them are raring to go on an electoral rampage and are convinced they can persuade the Northern Ireland middle-ground that the future is green. And they take the Republic for granted.

They don’t understand it. For a country preoccupied with the problems of Brexit – which about 90% of the population hate – the idea of disrupting life further by a divisive poll is anathema.

Leo Varadkar – whose occasional flirtations with Sinn Fein have worried unionists in the last few years – said baldly in a Belfast interview last week that he didn’t want to see the Brexit debate becoming constitutional and Ireland wasn’t ready for it.

A united Ireland for him “wouldn’t look like a unitary 32-county republic… that was envisaged by the founding fathers of the state… because that could never fully respect or embrace the million people here in the north who are British, who have a unique identity”.

Sinn Fein don’t like it, but ordinary people are now discussing if a united Ireland would involve loyalist violence, a new flag, a new anthem, the elevation of English to the status of first language and the protection of British identity as Irish identity is protected in Northern Ireland.

As a Dublin taxi driver said to me years ago: “I don’t mind a bit if they force us to have a united Ireland, as long as it has no effect whatsoever on the 26 counties.”

What they’re realising down south now is that this is an impossible dream. So unionists can relax for now and think about joining in the West Cork Festival next year.