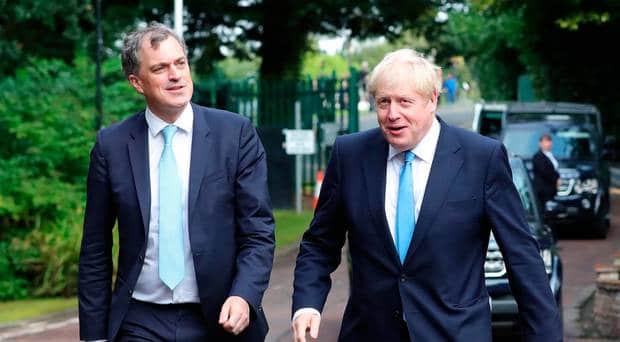 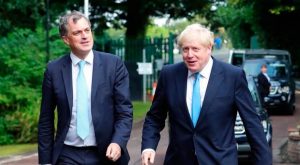 He’s only been in the door five minutes and has hardly begun putting names to faces, yet already Julian Smith, the new Secretary of State, has had to order an internal review into a problem he must find preposterous – the circumstances surrounding the removal from government buildings in Belfast of images of the head of state.

According to a speech in the House of Lords from Lord Maginnis last month, more than three years ago senior civil servant Lee Hegarty, who had worked in the Northern Ireland Office for between 15 and 20 years, “announced his intention of taking a case under human rights legislation”, claiming that “it was unfair to him to have to work where he was offended by portraits”.

Here are a few of the questions many would like answered.

Did it occur to any officials to point out to him that he was paid in money with the Queen’s head on it and had managed to cope with that provocation for a very long time?

As one of the best tweets on the subject enquired: “Does he use money? Stamps? This guy must have an existential crisis 10 times a day.”

Who in the NIO decided that the right thing to do was, according to Lord Maginnis, to settle the case secretly and give Mr Hegarty £10,000 in compensation, “presumably for hurt feelings and distress”?

When and why did this happen? Who took the decision? Was it legally necessary or was it just done in the interests of a quiet life?

It was allegedly signed off at ministerial level. If so, by whom? And what briefing were they given?

Is it true that portraits/photographs of the Queen were subsequently removed? If so, from which buildings? What justification was given?

Did Mr Hegarty apply for promotion to the job of secretary and accounting officer of the Northern Ireland Parades Commission? If so, did he not worry that exposure to images of the paraphernalia of the loyal institutions would be a source of distress to him?

Or did his bosses suggest him as a perfect fit for a job with a public body that deals with one of the most sensitive tribal issues in the province and is required to be impartial?

When it refused a Freedom of Information request from a Belfast journalist, what did the NIO mean by the excuse that “it would, or would be likely to endanger the physical or mental health or the safety of (an) individual”?

If we’re talking about Mr Hegarty, surely he is responsible for the consequences of his own actions?

Or is the individual mentioned the NIO official responsible for the settlement, fearful he might be criticised publicly by members of the public enraged at this craven behaviour, waste of public money and insult to the Queen?

I was a British civil servant once, and I had great respect for the commitment to public service and impartiality I found among my colleagues.

However, they were not above self-interest. I was senior enough to be a member of the First Division Association, from which I resigned when it affiliated with the highly political TUC, which I believed incompatible with being impartial.

Several others went too, for in my day the Civil Service didn’t go in for group-think.

I realised how much time has changed when, during the Brexit debates, I saw all the Civil Service peers vote the same way.

I absolutely agree with Dominic Cummings, Boris Johnson’s chief of staff, that these days “the senior Civil Service now operates like a protected caste to preserve its power and privileges regardless of who the ignorant plebs vote for”.

I have sympathy for NIO officials – particularly those working in Belfast who have a completely thankless job trying to satisfy diametrically opposed vested political interests.

But as became clear during the hearings for Sir Patrick Coghlin’s RHI Inquiry, which revealed among other things that they had obeyed the wishes of the politicians to stop note-taking at tricky meetings, they’re no longer doing their job properly.

Julian Smith’s review and Sir Patrick Coghlin should give Mr Cummings the excuse to insist on a complete shakeout, overhaul and rethink at senior level.