For someone serious about reconciliation, the Lord Mayor keeps decidedly odd company 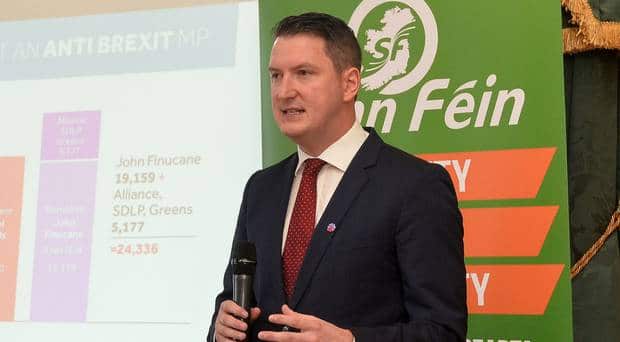 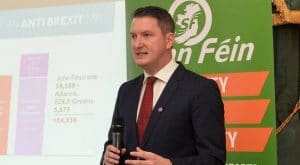 I’d love to believe that Sinn Fein are genuine about reconciliation, but they don’t half make it difficult. Just look at last week and the meeting of Sinn Fein’s North Belfast constituency members to select John Finucane as their candidate for the next general election to defeat the DUP’s Nigel Dodds.

I watched a video of the meeting, which began with Mr Finucane striding into the crowded room ahead of Conor Murphy, Gerry Kelly and Caral Ni Chuilin.

For someone who assures us he reaches out to unionists, craves equality for all and is hoping to win over the centre ground, his companions should have been a bit of an embarrassment.

Murphy was sentenced in 1982 to five years for possession of explosives and IRA membership; after a 1973 London bombing campaign, Kelly was sentenced to two life sentences, plus 20 years, and during a violent mass escape in 1983, shot a prison officer in the head and then went on the run; and Ni Chuilin was arrested in 1989 after trying to place a booby-trap bomb at an RUC station and was sentenced to eight years.

Now, we should be prepared to allow people to put their pasts behind them.

But when you’ve been involved in violent criminality, it’s hardly unreasonable to expect from you some degree of contrition before you’re welcomed into the fold.

But there’s been no sign of that with these three.

In 2012, it was adjudged by a tribunal that, during Murphy’s tenure as Minister for Regional Development, his department showed a “material bias” against the appointment of people from a Protestant background.

Kelly brags frequently and gleefully on Twitter and in public performances about his role in what republicans call “The Great Escape”.

And, in 2011, Ni Chuilin, then Culture Minister, appointed as a special adviser Mary McArdle, jailed for 18 years for her role in the attempted murder in 1984 of Judge Tom Travers, with a life sentence for involvement in the murder of his daughter, Mary.

Mr Finucane campaigns vigorously for justice for his late lawyer father, Pat, whom he refers to, correctly, as an “officer of the court”, who was murdered in 1989.

There have been several investigations into Pat Finucane’s death, yet a few days ago his family announced new legal action in a bid to secure a public inquiry.

However, I’m at a loss to understand what makes the Finucane murder any worse than many, many others.

How does Mr Finucane feel about the murders of other “officers of the court”: Judges William Staunton (in front of his daughter), Martin McBirney, Rory Conaghan, William Doyle, and Maurice Gibson (and his wife); and, outside Queen’s, where he was a law lecturer, the barrister Edgar Graham?

Not to speak of the wiping-out of the Hannah family, when the IRA confused their car with that of Judge Eoin Higgins and his wife.

There have been many unsuccessful attempts to extract such condemnations from Sinn Fein about thousands of murders going well beyond the legal profession, so I would ask: “What is it that is preventing Sinn Fein from condemning specifically – as all right-thinking people would do – the IRA’s unnecessary campaign of mass murder?”

Conor Murphy is appealing “to all of those outside Sinn Fein, those pro-Remain progressive voters, that they put aside their own party-political loyalties and vote for the only candidate that can take this seat (North Belfast) away from the DUP and send a very strong, pro-Remain, progressive message to the British Government.”

Mr Dodds, who narrowly escaped being murdered by the IRA, has empathised with the Finucanes, but says the difference between him and Sinn Fein “is that I am prepared to condemn the IRA and the UDA and UVF unequivocally and explicitly, whereas they have sidestepped that, unfortunately”.