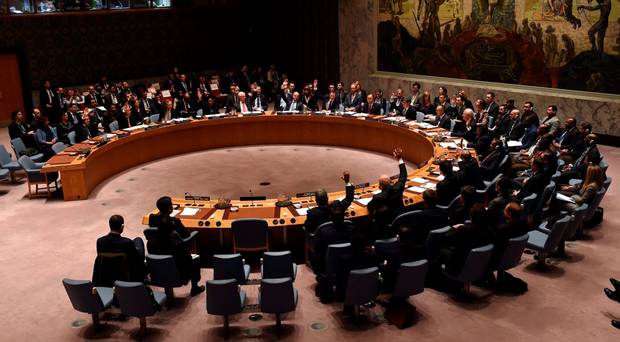 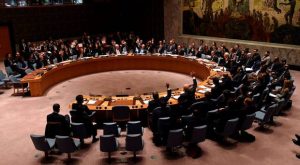 I have great respect for the professionalism of the Irish Department of Foreign Affairs. So I was surprised and genuinely shocked to learn that on its watch it has turned a blind eye to the toxic indoctrination of Palestinian children who are being fed a hate-filled version of their history that would make Sinn Fein blush.

In 2010 a new initiative called the Joint Financial Arrangement between the Palestinian Authority and five European member states — Belgium, Finland, Germany, Ireland and Norway — was launched to support the education sector in Palestine.

The specific job given to Ireland was to focus on curriculum development and basic education as the lead nation on textbook development.

The extraordinary result is that bad though the old curriculum of the Palestinian Authority was, that introduced between 2016 and 2018 is much worse.

My source is The Institute for Monitoring Peace and Cultural Tolerance in School Education (IMPACT-SE), a non-profit organisation that monitors the content of school textbooks worldwide for how they measure up to Unesco and UN standards for peace and tolerance.

These include respecting the culture, achievements, values and way of life of the “other”, both collectively and individually, and encouraging the development of capabilities for non-violent conflict resolution and the promotion of peace.

Specifically, the curriculum should use up-to-date, unbiased information that promotes mutual knowledge and understanding between different peoples, and “be free of wording, imagery and ideologies likely to create prejudices, misconceptions, stereotypes, misunderstandings, mistrust, racial hatred, religious bigotry and national hatred, as well as any other form of hatred or contempt for other groups or peoples”.

What emerged from the Palestinian Ministry of Education was filled with violent wording and openly anti-Semitic: Jews control the world and are corrupt; there is no possibility of peace with Israel, martyrdom and jihad are the most important things in life, and “dying is better than living”.

Killers classified by the UN as terrorists are glorified as role models and heroes to be emulated, and terror attacks like the massacre at the 1972 Munich Olympics are justified as “Palestinian resistance”.

The venom infiltrates every subject: calculus is taught by counting the number of martyrs in Palestinian uprisings.

There has been a great deal of international outrage, and Marcus Sheff, chief executive officer of IMPACT-SE, has been astounded by the silence of Ireland.

“Over the last two years the United Nations, the European Union, the British and the German Governments have all expressed their grave concerns about the new Palestinian textbooks. EU high representative Federica Mogherini announced that the EU is taking the lead to investigate incitement and hate in the Palestinian curriculum,” he told me last week.

“Our reports have been accessed by the Department of Foreign Affairs for some considerable time. It has surely been aware of the reactions of the international community to the textbooks. But the department has not expressed its own concerns at the strategy of the Palestinian Authority to radicalise 1.3 million Palestinian children every school day. This when the Irish Government is involved in these textbooks to a greater extent than any other donor government.”

Is Ireland’s dereliction of duty linked to the energetic push to secure membership of the United Nations Security Council for 2021-2022?

Israel has one vote; Arab states have 22. As Suzanne Lynch, the Washington correspondent of the Irish Times, explained on Saturday: “Ireland’s reputation as a strong defender of the Palestinian perspective may secure the support of Arab nations in the Middle East and Africa, while its status as a former British colony is likely to find favour with smaller countries and other former colonies.”

Has ambition for a high-profile global role corrupted the Department of Foreign Affairs?