Why has no one been charged with the brutal murders of 11 musicians three decades ago? 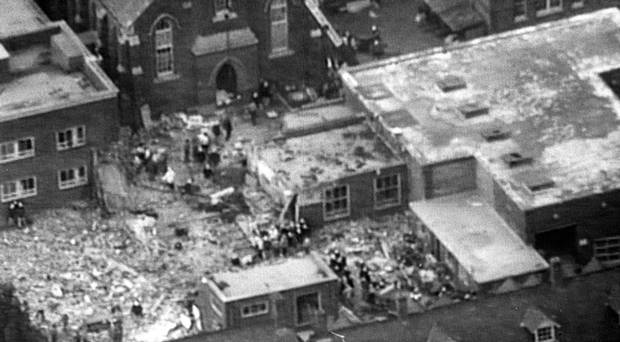 They lived only to make music but the IRA killed them anyway, writes Ruth Dudley Edwards 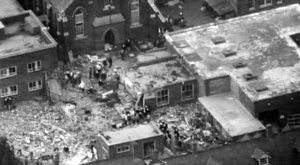 The 11 young men of the renowned Royal Marines Band Service who were massacred by the bomb planted at Deal Barracks on September 22, 1989 were not soldiers. Their training was in saving lives as medical orderlies, ambulance drivers and specialists in chemical decontamination, but primarily they were dedicated musicians.

They will be remembered this weekend in Deal with events that include a family fun day on Saturday to raise money for the Deal Memorial Bandstand Trust and, on Sunday, a morning service and a bandstand concert.

The Royal Marines School of Music that was devastated by the 15lb time bomb is no longer based in Deal but, faithfully, every year, the band comes from Portsmouth to pay respects to dead and injured comrades and thank the people of Deal for their continued support.

There will be grieving parents, widows , fiancees, children and friends there too and thousands of local people remembering that terrible day when hatred ruined many lives.

Some of the 21 seriously injured will be there as well and there will be reminiscences about the band parade that took place one week after the bombing, with gaps maintained in the ranks to mark the positions of those who had been murdered or incapacitated.

The Memorial Bandstand is dedicated to those “who only ever wanted to play music”, and each of the dead is remembered with an engraved tablet.

There is little in the public record about those men at the beginning of their lives, but they will be remembered by those who loved them, and honoured by thousands.

There is Mick Ball (24), a car enthusiast and a flautist who also played the saxophone and piccolo.

Witty John Andrew Cleatheroe (25), who had been in the band since he was 16, was its violin soloist but also a saxophonist.

Trevor Davies (39) was a trombonist, band corporal, and father of four.

At the funeral of Richard George Fice (22) in his native Cardiff, a close friend played trombone solo as a tribute.

Richard Mark Jones (27) was a flautist.

David McMillan (26) was a tuba player and had been one of those who sounded the fanfare trumpet at the wedding of Prince Andrew and the Duchess of York.

Dean Patric Pavey (31), an all-round sportsman, was a bassoonist, band corporal and father of two, one of whom was suffering from leukaemia.

Mark Petch (26) was a flautist, piccolo player and saxophonist, and, like Jones, McMillan and Pavey, was based in the married quarters.

The favourite instruments of Robert (Bob) Simmons (34) were the clarinet, violin, and jazz piano.

At a service a few days after the murders, a Royal Navy chaplain told the congregation: “If you can find it in your hearts, we have come to pray for the men who perpetrated this terrible act, that God will soften their hearts and turn them from their violent evil ways.”

It would have been a lot easier for the bereaved had the IRA been repentant and had anyone been charged with the murders.

There is evidence linking the Deal bombing to a large arms find in Pembrokeshire that winter that led the police to the Provisional IRA’s Damien McComb and Liam O’Dhuibhir. These “ruthless, dangerous, merciless men intent on carnage” – according to the judge – were convicted in 1990 of planning a bombing campaign in England and sentenced to 30 years in jail – of which, because of the Good Friday Agreement, they served only a third.

There are allegations that the police did not pursue the connection, and that the case is lying dormant with Kent police showing no interest.

Any bereaved relatives or survivors of the Deal bomb who need advice about this or any other problems related to the atrocity would greatly benefit from getting in touch with SEFF (South East Fermanagh Foundation), which represents innocent victims and survivors of terrorism in the Republic as well as Northern Ireland and has an increasingly strong presence in England.

Ken Funston, one of the foundation’s fine team of victims’ advocates, who knows a great deal about the terrible Deal murders, will be in Deal on Sunday offering moral and practical support.