DUP must see sense or it risks spectre of Corbyn in No.10 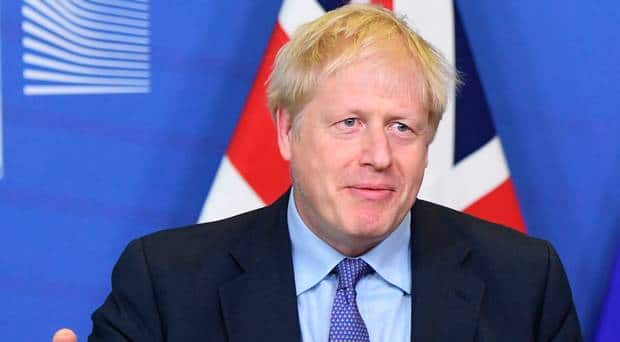 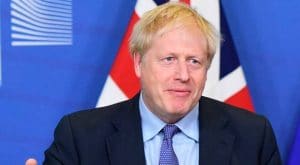 Having begun as a slightly reluctant Leaver, I have become very hardline over the last three years in reaction to the undermining by Establishment Remainers of attempts to implement the will of the people of the United Kingdom by getting out of the EU.

In fact, when the Supreme Court, in what I regard as a power grab, made its unanimous judgment delegitimising the Prime Minister’s proroguing of Parliament, I was angrier than I have been in a very long time.

Now, being almost as contemptuous of the Reverend Ian Paisley as I have been of the IRA and Sinn Fein, and having been a supporter of David Trimble since he began his courageous struggle to get a decent deal for his people in the negotiations that led to the Belfast/Good Friday Agreement, I am not cut out to be a cheerleader for the DUP – though there are thoroughly decent people in the party whom I like.

Yet when the party became an overnight sensation in Westminster after the 2017 general election, I was utterly appalled by their grotesque misrepresentation in the media, let alone social media.

The bigotry of cartoons showing Arlene Foster as a Neanderthal in Orange regalia made me furious, as did the contempt for social conservatives whose only sin was to believe what most people, including the Sinn Fein leadership, believed about single-sex marriage and abortion until five years ago.

Additionally, over the last few years I have been relieved the DUP were so influential in Parliament that they played an important role in resisting the enormous pressure to bring in a Brexit so soft and pointless it was nicknamed Brino (Brexit in name only).

But now it looks as if they intend to vote against the deal Boris Johnson secured in Brussels. I think they are on the wrong side.

I have no difficulty in understanding why unionists – although in many respects the most patriotic people in the British Isles – are deeply suspicious of the British Establishment.

Northern Ireland nationalists not only became part of a pan-nationalist alliance, for years, they dominated the approach of the Irish Government.

In the 1980s I began to sense there was a ganging-up against unionists by diplomats in London as well as Dublin.

When it came to negotiating the Anglo-Irish Agreement, my Irish diplomatic friends were utterly single-minded in pursuit of nationalist objectives, while their British equivalents seemed to suffer from colonial guilt. None of them seemed to have a bad conscience about having conducted all the negotiations behind the back of unionists who, hardly surprisingly, developed profound distrust of the Foreign Office and, indeed, the Northern Ireland Office.

I know the DUP feel betrayed by Boris Johnson, but I wish they would think pragmatically.

The demographic outlook for unionists is poor; they have few friends. The Prime Minister is genuinely a unionist; he got rid of the backstop though no one believed he could. Meanwhile, if Northern Ireland could remember its fine entrepreneurial traditions it could seize the unique opportunity offered by this Brexit deal, market itself as a gateway between the EU and the UK/world economy and provide exciting opportunities to the young people of both traditions who have been abandoning it.

That is the way to self-reliance, prosperity and respect.

I urge the DUP to think of this deal as did the able republican leader Michael Collins when accepting the compromises in the Anglo-Irish Treaty in 1921: “In my opinion it gives us freedom, not the ultimate freedom that all nations desire… but the freedom to achieve it.”

I urge them also to remember the law of unintended consequences.

This week the TUV leader Jim Allister tweeted: “Glad that at this point the DUP is doing the right thing. No unionist could accept this pushing of NI onto the window ledge of the Union.”

My fear is that by opposing the Johnson deal, the DUP may unwittingly ease the path to power of Jeremy Corbyn, who would push Ulster Protestants right out of the window.