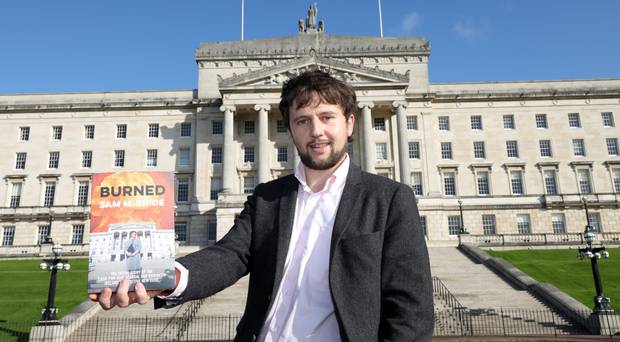 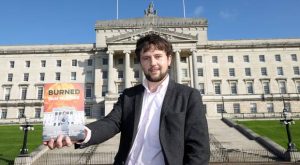 In the last few days travelling in the American Midwest, my constant companion was Sam McBride’s riveting Burned: The Inside Story Of The Cash-For-Ash Scandal And Northern Ireland’s Secretive New Elite.

Although I’ve been a faithful follower of McBride’s superb reportage on RHI, despite numerous legal threats this unsparing investigation looks under all the stones and takes his readers to a whole new level of understanding of the rottenness of the structure that British and Irish politicians are trying to restore.

The only conclusion that seems rational is that there should be no return to devolution without root-and-branch reform of an under-performing and cowed Civil Service and a decision by the electorate to vote for competence and openness rather than two varieties of nationalism.

For as McBride puts it starkly: “If voters in Northern Ireland care more about constitutional or tribal disputes than good government or integrity in public life, it is quite logical for politicians to act in line with those wishes.”

Let’s be clear. All those who chose to vote for the respective leaderships of Ian Paisley and Martin McGuinness are responsible for creating government by tribal representatives who proved incapable of sharing power and who instead found a method of splitting it secretively – not least by ceding responsibility to the unelected, overpaid, special advisers knows as Spads who lurked in the background but had their hands on the levers of power.

Who until this scandal began to break had heard of the main movers and shakers Timothy Johnston, special adviser to every DUP First Minister, or Andrew Crawford, Arlene Foster’s Spad throughout her period as Minister for Enterprise, Trade and Investment and at Finance?

In the case of both the DUP and Sinn Fein, although the former wished to stay part of the Union and the latter to destroy it, both were happy to batten off the English taxpayer – on this occasion by milking a green energy scheme that rewarded energy waste.

It wasn’t so much that a large number of individuals filled their boots, though a few did.

It was that in the interests of the province the DUP were happy to throw directly and indirectly enormous sums of money at the Brazilian-owned poultry meat processors Moy Park and that neither their partners in government nor key officials asked any questions.

It is almost a comic moment when the realisation begins to dawn that Northern Ireland and not the British Treasury would be landed with the huge bill for overspending.

As the ministers concerned were largely DUP, Sinn Fein has a modest, but unforgettable, role in this drama: Aidan McAteer, who as an ex-convict was barred by legislation in 2013 from his job as Martin McGuinness’s Spad, has carried on merrily, though, now paid by his party.

In his recent, honest memoir, A Shared Home Place, Seamus Mallon spoke of his brief experience of government: “Despite our different and often clashing personalities, David Trimble and I shared the same burning deck during those first few dangerous months. I believe that, given the time and space, he and I could have built a lasting partnership.”

And they could have, for they recognised each other as men of integrity who loathed tribal politics and wanted to govern in the interests of all the people of Northern Ireland.

They were destroyed by appeasement of the IRA by the British and Irish Governments over decommissioning. The fate of the SDLP and the UUP was sealed in 2006 by the squalid St Andrews Agreement that sacrificed the middle ground.

One of the strengths of the book is that McBride never gets the story out of proportion.

By comparison with most of the world, he points out that Northern Ireland is pretty free of corruption.

Yet this scandal could have stayed hidden had it not been for a BBC Spotlight programme and its remorseless follow-ups by Stephen Nolan and the Press.

It’s a reminder that politicians are up to no good when, as in Northern Ireland, they seek to muzzle Press freedom.