Unionists should embrace deal and recover confidence of bygone days 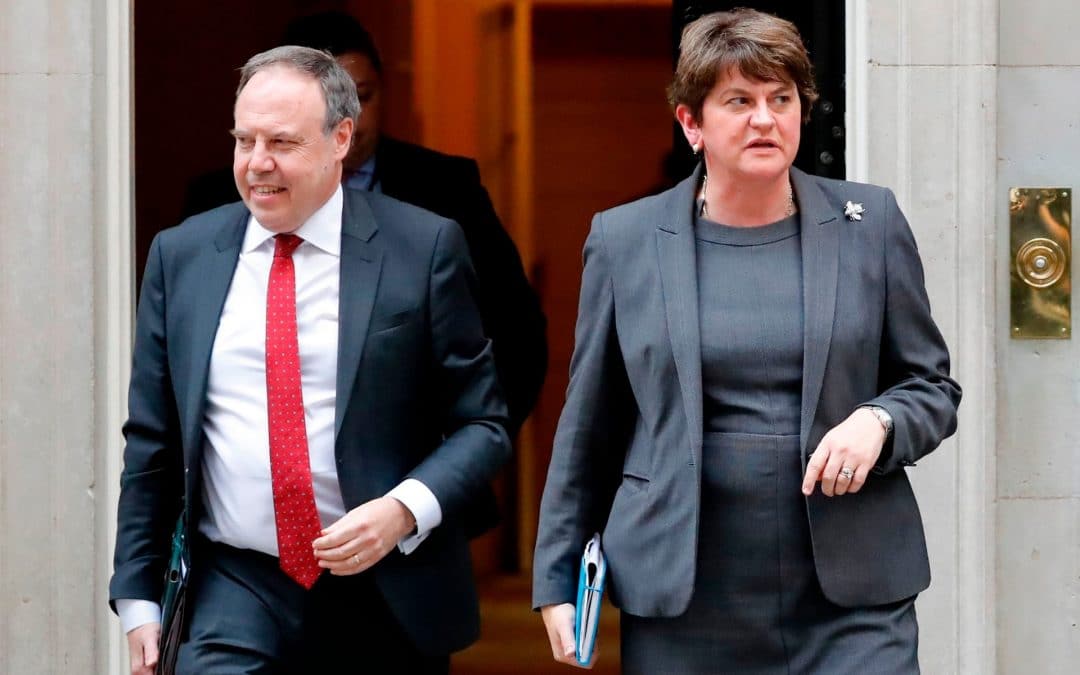 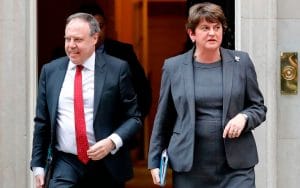 “Sod the United Kingdom. Great Britain is fine. Leave Northern Ireland to Ireland.”  This tweet was forwarded to me by a London-based, Conservative and staunchly Northern Irish Unionist friend as I began writing this. It came, he said from someone who “is usually a good chap. And he’s not entirely wrong. Well done, DUP.”

That about sums up the despair felt this weekend by those of us who sympathise with the Unionists, but who never the less want to see Brexit done, after the DUP voted in support of the motion proposed by that epitome of clever-silliness, Sir Oliver Letwin.

I’m from a Roman Catholic, nationalist background, was born and brought up in Dublin and have lived in England most of my adult life, but as a journalist I’ve spent much time trying to explain the point of view of Northern Irish Protestants because somebody has to. They don’t do PR: their culture is one of plain speaking and telling truths, however unpalatable. 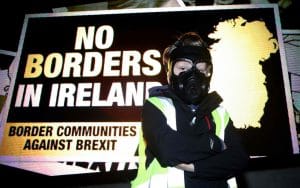 Demonstrators from ‘Border Communities Against Brexit’ attend an anti-No Deal Brexit protest at the Carrickcarnon border crossing on the road between Dundalk, Ireland on October 16, 2019 CREDIT: PAUL FAITH /AFP

Knowing how they have heroically stood up to decades of terrorism and betrayal by the British Establishment and have borne their suffering stoically,  I champion unionists against the brilliant and mendacious propagandists of republicanism, the Irish nationalists who make little effort to understand them and progressives in both islands who despise them for their social conservatism. When the DUP came into public consciousness after the 2017 election, I became the go-to-person to explain who these mysterious people were.

So whence the intransigence? And where is it leading them?

A Unionist friend once said crossly in response to yet another nationalist  politician complaining about the Unionist siege mentality: “We’d abandon our siege mentality if you’d raise the bloody siege.” But from the unionist perspective, having withstood decades of the IRA trying to bomb and shoot them into a united Ireland, they are still besieged. Sinn Fein  have armies of lawyers seeking to undermine the state and British culture who will be intent on using the Brexit deal to pull Northern Ireland away from the United Kingdom and propel it towards a united Ireland. 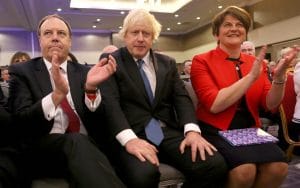 Unionist culture is about sticking to your principles. And what the DUP fear, with their party conference and an election coming up, is that to accept the deal will be seen as having sold out. They are reverting to being the Millwall politicians: “No one likes us, we don’t care.”

When in 1994, knowing they had been beaten by the security forces, the IRA declared a ceasefire and shouted that they had won, the Unionists, whose side were the victors,  behaved as if they had lost. What is so distressing to their friends is that they could be trumpeting Boris’s deal as a golden opportunity for Northern Ireland. Instead of voting with the Remainers against the deal the majority of the English electorate is desperate to see enacted, Ulster Protestants – who have a tradition of  hard work and a talent for business – should be embracing the advantages of being able to trade freely with both EU and non-EU countries. Rather than helping undermine the most unionist friendly Prime Minister for many years, they could recover the confidence and prosperity of former days.