Willie Frazer was a product of the Troubles, his life littered with loved ones slain by the IRA 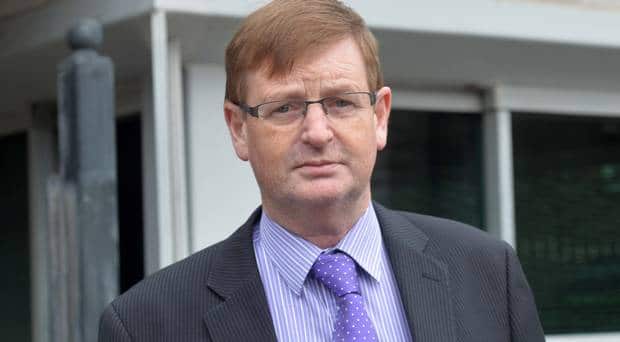 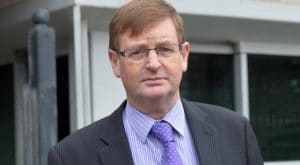 Last week mainstream and social media were alive with controversy about loyalists, following the latest fascinating Spotlight programme about the Troubles.

This one featured Willie Frazer’s admission that he had been channelling to the UDA in the late 1980s weaponry bought by Ulster Resistance – the organisation created by Ian Paisley Snr which he later ditched.

The firestorm was stoked by a tweet from loyalist activist Jamie Bryson.

Now Bryson is a clever man who performs an important function as an articulate spokesman for a frustrated and divided community, so it must have been as deliberate as it was unfortunate that he showed no regard for those affected by the 70 or so murders linked to those guns.

“The loyalist people of the time had a right to defend themselves,” he wrote. “Ulster Resistance evidently played a key role in enabling loyalist counter-terrorism; that’s nothing to be ashamed about. Proud to call Willie Frazer my friend.”

In the midst of all the hysterical accusations and counter-accusations, we should take a sober look at Frazer.

The best assessment of the many I’ve read of him as he hit the headlines as a spokesman for Protestant victims was in a 2015 article in this newspaper by Alex Kane.

Alex expressed surprise at the number of people who knew Frazer’s name and had opinions about him, “and usually a pretty strong one, as it happens: fantasist, publicity-seeker, troublemaker, extremist, nutter, weirdo, disturbed, unpleasant and relic of the past are all descriptions you’ll hear about him fairly regularly. Some of the reactions are unprintable”.

“Yet,” Alex reminded his readers, “Frazer has a story to tell and a story that deserves to be heard. His family was dealt some particularly bloody and brutal blows during the Troubles.”

And so it was. Frazer’s early years in Whitecross in Co Armagh were ones of happy cross-community interaction. A Presbyterian, he went to a Catholic school and played Gaelic football.

But the Troubles changed everything. After his father became a part-time member of the UDR, the family home came under IRA attacks, culminating in 1975, when Frazer was 15, with his father’s murder.

As his older brother – also in the UDR – was targeted, the family had to move to Markethill; over the next 10 years the IRA murdered four other members of his family and wounded another.

“His world,” said Alex, “was turned upside down as old certainties and lifestyles were wiped away. He has had to deal with events that would crush even the strongest of us… Dismissing him, ridiculing him, or pushing him aside won’t, however, deal with the reality that he’s just one of thousands of people, albeit one of the best-known, who have to deal with the past every single day, because the past is part of their present.”

I met Willie Frazer in the late 1990s when he came on his own volition to London to take part in a demonstration by the Defend the RUC group.

His arrival caused me and Sean O’Callaghan – the IRA terrorist-turned-Garda agent – serious concerns, since our group didn’t want any association with someone perceived to be an apologist for paramilitaries.

We found him diffident, sad and in some ways very fragile, and we were grateful that he listened to us, backed off and stayed away.

I’ve always had sympathy for young people seduced by paramilitaries or by demagogues like the Rev Ian Paisley but none of them had any justification for murder or for helping people kill.

On Saturday, I went to an Orange memorial service at a London Congregational Church for my dear friend Michael Phelan.

The speaker told the story of how in 1971, as a young man in Sheffield, Mike had been tempted to get involved in armed loyalist resistance. It was religion that saved him from taking that path, as it would save so many in Northern Ireland.

But then Mike didn’t have the misfortune to come under the baleful influence of the late Ian Paisley.