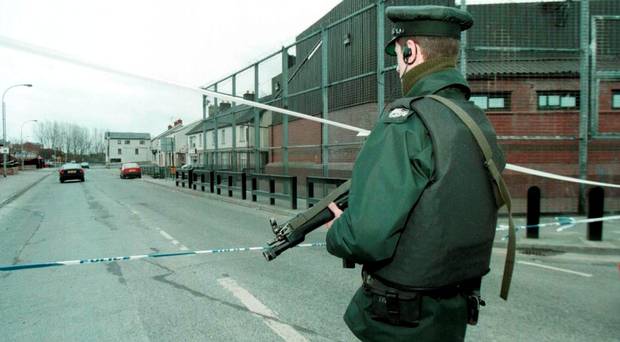 We should stand up to the haters and extol the fine men and women of the force, writes Ruth Dudley Edwards 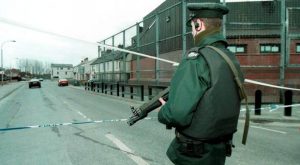 The RUC have been portrayed as “villains-in-chief from central casting”, said Mick Fealty. “The singular exception to this is Gerry Gregg’s Cops On The Frontline.”

Since 2002 Mick has run the invaluable blog Slugger O’Toole that encourages debate from diverse viewpoints about Northern Ireland politics and culture in the hope of persuading people to learn and think rather than spew out propaganda.

He was writing about the moving programme about the police, which is part of a series that included firemen and nurses, who, in Mick’s words, “endured the unbearable consequences of the paramilitary war that constituted the largest part of what we now almost quaintly call the Troubles”.

What had first struck Mick about the police interviews was “the humanity of the people”, which was “true of folk in the other programmes highlighted”, but none of them had been “systematically dehumanised in the way the RUC has been since its incorporation into the PSNI. And yet, all three of these services worked hand in glove each time a new atrocity occurred”.

The dehumanisation is long-standing. In 1996 at a Sinn Fein rally outside Belfast City Hall protected by the RUC from loyalist attacks, I watched a piece of street theatre which starred Constable Baton, Constable Shoot to Kill and Constable Collusion.

Three years later I saw ‘Forced Upon Us’ at Gerry Adams’ Feile an Phobail. Even the republican-friendly Guardian thought it ludicrous. “For two hours the stereotyping is unremitting. Every Catholic is a good and honest victim; every Protestant – with one exception – is a mad, bad bigot; and every RUC member is a crazed, vicious psychopath.”

Twenty years on supporters of violent republicanism are still busy demonising the men and women who staved off civil war. One, who describes himself as “an Irish Socialist Republican, anti-imperialist and pro-Irish reunification”, took exception to the moving comment by retired inspector Alan Douglas that “I don’t want it to go down in history that the Royal Ulster Constabulary were responsible for the Troubles. We didn’t start the fire. We put the fire out”.

“The reality is that the RUC *did* start the fire,” tweeted Daniel Collins.

“The role of the RUC, the northern statelet’s armed police force, was to enforce and protect the interests of the unionist status quo through the threat or use of violence, if and when it deemed necessary.”

This was retweeted by Sinn Fein’s Alex Maskey, who describes himself as “Belfast’s 1st Republican Mayor. Lifelong Republican activist. Serving the community as an elected representative for the last 34 yrs.” His notion of service to his community was to comment: “In my opinion the RUC was a major driver in and cause of our conflict. The record shows that. Unfortunately their legacy still casts a shadow over our politics with routine exposure and further revelations of collusion with sectarian murder gangs.”

To which I’m pleased I responded with: “Alex Maskey’s views on the police they (the Provisional IRA) mercilessly murdered, injured and intimidated from their homes are a predictable contribution to the routine demonisation of good people.”

The truly excellent debate on the RUC on Slugger is well worth reading, especially for the contributions of Gillian Wilson, a history teacher, whose husband served in the RUC in the 1980s.

“Crash-coursed through training they were shoved out on the streets. In their own country they suddenly became the enemy. Catholic officers were the worst affected. There are many stories of people travelling in the boot of a car to see their mother on Christmas Day for an hour. They were spat at and vilified. Portrayed as worse than Satan.

“Yet when a teenager was killed in a car smash they still had to go tell the parents. No sectarianism then. Sweeping up the remains of people and putting the debris into plastic bags. Facing petrol bombs and stones. And all the time waiting for the bomb under the car.”

As Mick Fealty commented: “Cops, everywhere, are outsiders to the rest of us. They see and experience things the rest of us don’t want to, and that comes at a price.

“The difference is most societies not driven mad by political terror recognise their sacrifice and prize and honour them.”