Dissent against the ‘accepted’ norms crucial to free speech, yet Left always shouts it down 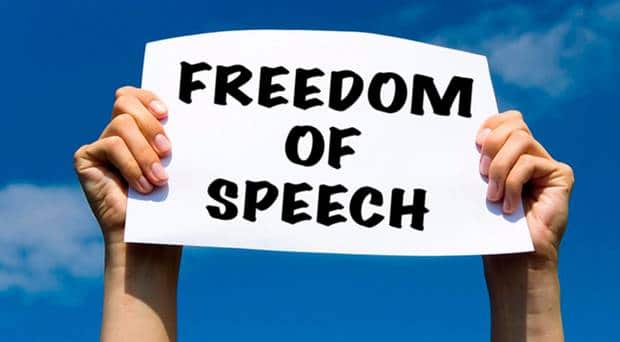 The views of so-called contrarians are as valid as anyone, even if they grate with liberals, says Ruth Dudley Edwards 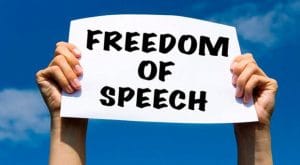 I wrote this last week on a Facebook post with a link to gript.ie: “I’ve only just found this forum for Irish dissidents, who have a refreshing range of opinions.” I apologise for using the word “dissidents”, rather than “dissenters”, which was caused by a minor brainstorm.

As one of my Facebook friends neatly put it, “the term dissident was an honoured one until it was misused in Ireland a decade or more ago to distinguish two-bit wannabe terrorists from establishment terrorists”.

It is in fact the various IRAs and Sinn Feins that have compromised and given up on futile violence at various times over the last century that are dissidents, not the few hundred hate-mongers supporting the New IRA, which murdered Lyra McKee, and Saoradh, their apologists.

“Its core purpose,” I added, quoting from Gript’s mission statement, was: “Rather than being viewed as dangerous, dissent should be recognised as an important aspect of free speech. Dissenters should not be shouted down when making a fair and reasoned argument, and Gript will be a platform for views which challenge establishment thinking.”

I had looked at the site and seen a range of opinions that would madden most of the southern Irish media herd – e.g. Trump was less of a problem than President Xi, who was persecuting Uighurs; Islamists were using Ireland as a base for logistical support; abortion was not a human right, and government policy on “hate speech” was becoming extreme.

Its writers are united in their opposition to abortion and seem to share some of the politics of Aontu, the breakaway Sinn Fein group who don’t like same-sex marriage or abortion.

Now I’ve got used to the reality that although I say again and again that my Facebook page (like my Twitter timeline) is open to all opinions because I believe freedom of speech matters, many people, including those who have opinions they know I dislike, become cross if I give hospitality to any person or publication they disagree with.

The Left are particularly guilty of this.

I can’t recall many howls of protest from the Right when I post something from The Guardian or a left-wing opinion from a blog.

But post anything from Daily Mail and it’s denounced as Alt-Right, as are distinguished centre-right sources like The Spectator or the Washington-based National Review – or anything written by anyone who doesn’t accept a full progressive anti-Christian agenda.

So I wasn’t surprised that some of my Facebook friends would dislike Gript but I was taken aback that it was described as being a vehicle for white nationalism – even white supremacy – and the extreme Right.

I could see no evidence of this.

Take for example an article by the editor John McGuirk (who posted on my Facebook page that Gript “are resolutely opposed to white nationalism or racism of any kind”) – about a sermon by the Catholic Archbishop of Dublin expressing his horror at finding “traces of racism” in “believers”.

This relates to widespread condemnation in the Republic of small groups in small communities protesting (mostly peacefully) about the setting up of accommodation for refugees and asylum seekers.

I have to say that in the accounts I’ve read of these protests, it was the absence of any consultation that seems to be upsetting people rather than the colour of their skin.

Mr McGuirk was baffled that someone whose job was to defend the church should “announce to the world that as well as being, in your enemies’ eyes, full of sex offenders and criminals, it’s also riddled with racism”.

“Why couldn’t he have spoken of the undoubted importance for every believer to see the value, and worth, in every human being regardless of race, colour, creed, or orientation.

“He could have used the example of those who come here in the backs of lorries, risking their lives and travelling in great indignity, just for a chance at the life we in Ireland already have.”

Things come to a very worrying pass when people like Mr McGuirk and his colleagues can be written off as fascists. Anyway, the ridiculous hostility directed at Gript has guaranteed that I’ll be reading it and posting some of its articles in future.