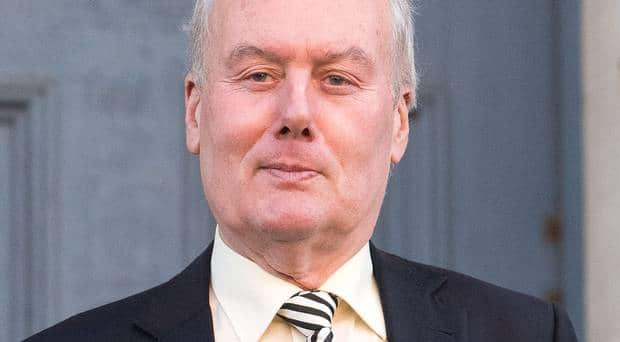 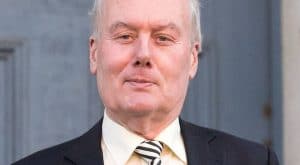 This is the story of how RTE used taxpayers’ money to defame and persecute a brilliant man much disliked by the majority of the Irish media who have a herd mentality.

On July 30, 2017, the career of Kevin Myers – for over 40 years probably consistently the bravest and most gifted journalist in Ireland – was destroyed on Twitter in a few minutes.

His crime was that in a column about the BBC gender pay gap, he had written a clumsy sentence.

My friend Kevin had many enemies, acquired during decades of controversially attacking sacred cows and defending unfashionable underdogs, and some were swift to set off a Twitter mob by wrenching the sentence out of context and tweeting it with allegations that it was anti-Semitic and misogynistic.

Kevin is neither, but those who jumped on the bandwagon – who included J.K. Rowling, creator of Harry Potter, who described the article to her 11.4 million followers as “filthy” – couldn’t be bothered to check him out on Wikipedia, where they would have learned that he was a great defender of Israel.

Within a few hours he was a global pariah and fired by the Sunday Times.

Out there on Planet Social Media the warriors known as “offence archaeologists” (presently digging up and throwing at Boris Johnson lines from old articles) found a Myers piece from 2009 which had been given (not by Kevin) the headline “I’m a Holocaust denier, but I also believe the Nazis planned the extermination of the Jewish people” and issued tweets that left out the second part.

It was an article about free speech and why he disagreed with the criminalising of those who thought there had been no Holocaust, but it went around the world.

Kevin had described the genocide of the Jews as “one of the most satanic operations in world history”, which, you might think, in a sane world, was an indication that he was not anti-Semitic.

The Jewish Representative Council of Ireland issued a statement pointing out that “more than any other Irish journalist, he has written columns about details of the Holocaust over the last three decades that would not otherwise be known by a substantial Irish audience”, but the following day RTE’s Good Morning Ireland – without qualification – said he had “previously written a column in which he denied the Holocaust”.

That same day, a listener called Karl Martin complained to RTE about this “absurd and disgusting claim”.

After almost a month, Shane McElhatton, the programme’s editor, told him that Kevin was a self-described Holocaust denier, so despite the “satanic operations” quote, they wouldn’t apologise.

In February 2018, the Broadcasting Authority of Ireland upheld a complaint from Mr Martin and described the Myers article as “a comment on how language is used and the criminalisation of individuals or groups who engage in Holocaust denial” but clearly not a denial of the genocide of the Jewish people by the Nazis.

No apology was forthcoming, so Kevin risked financial ruin to sue RTE, yet the organisation simply hired expensive lawyers to defend them.

Had it not been for Karl Martin, who provided Kevin with the incriminating letter from RTE showing that they knew he wasn’t a Holocaust denier, he could have been destroyed financially. But in the end, last week, RTE had the indignity of having to have read out on Good Morning Ireland an admission that suggesting Kevin Myers was a Holocaust denier was “untrue and defamatory” of his character and that for more than 30 years he had “repeatedly testified to the scale and wickedness of Hitler’s final solution”.

It unreservedly apologised for the damage to his reputation and would be paying his costs and compensating him.

Now, I know there are plenty of frivolous and unjustified libel cases taken against the media, but this was an open-and-shut case of shocking and career-ending misrepresentation.

One wonders, without much hope, if any TDs, Dublin-based journalists – or even Twitter mobs – are likely to demand to know how RTE justifies its waste of taxpayers’ money.

I look forward to the two books Kevin has written since the disaster, and hope he will soon be writing in our newspapers