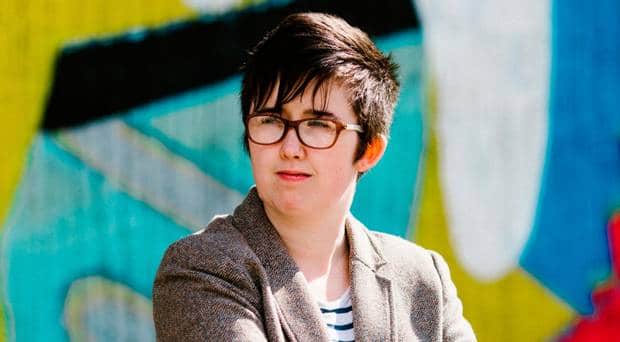 Their sick festive message in the city where my lovely friend was murdered shows how unapologetic they are, writes Ruth Dudley Edwards 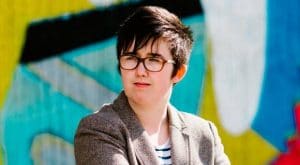 Saoradh are getting into the festive spirit. Towards the end of a year in which the New IRA, which they unconvincingly claim they’re not linked to, came to public attention because, in April, they murdered my friend, Lyra McKee, a gifted, lovable young journalist, this blood-thirsty group of losers have put up a festive message in the window of their HQ, Junior McDaid House in Chamberlain Street, Londonderry, which they share with the Irish Republican Prisoners Welfare Association.

The verse on the picture of Santa Claus and his rifle reads: “Better watch out/You better not cry/Stop harassing our kids/I’m telling you why/Santa Claus is coming to town.”

Considering Lyra was shot as the New IRA were trying to murder a police officer, that gives a pretty clear indication of how unapologetic these people are.

James McDaid, known as Junior, was a 30-year-old shot dead at the end of December 1972 by the Army on what the Provisional IRA said was “active service”.

Interestingly, such is their sense of entitlement, when in 2016 they were formed and decided to name their building after McDaid, Saoradh didn’t even ask his widow for permission, or ask her to the ceremony.

“I couldn’t allow them to use Junior’s name,” she said afterwards. “How do I know whether he would want his name used for that or not? I can’t speak for Junior now.”

I wonder how she felt, four days after the horrifying murder, when a group of Lyra’s friends used red paint to place handprints all over the outside walls of Junior McDaid House.

Saoradh speaks the incoherent language of Hiberno-Marxism: “Ireland should be governed by the Irish people with the wealth and wealth-producing mechanisms in the ownership of the Irish people. This cannot happen while British imperialism undemocratically retains control of Irish destinies and partitions our nation, this cannot happen while a neo-colonial elite in a subservient supposed indigenous administration sells the nation’s labour and natural resources to international capital.”

You get the picture.

Its most prominent member is Lurgan republican Colin Duffy. Duffy’s sister-in-law, Mandy Duffy, was elected vice-chairperson of Saoradh at this month’s ard fheis.

She seems to be as opposed to punctuation as she is to imperialism, referring to Easter 2019 as “a very difficult time for the party and for Irish republicanism, the death of Lyra McKee killed tragically by the IRA while defending a Derry community under siege by the British crown forces was swiftly and cynically used against Irish republicans, in particular, the British and 26-county states and the gombeen media sought to lay the blame at our door, under this assault and propaganda campaign Saoradh took to the streets of our capital city for the unfinished Revolution Easter commemoration, despite attempts by the media to place attendance in the low hundreds upwards of fifteen hundred activists braved state and media hostility to put on a display that shook the state and elicited statements of hyperbole from the Blueshirt elite”.

Saoradh and the New IRA – so sick they even make Santa an icon of violence – will disappear leaving a legacy of misery to their families, associates and their victims.

While wee Lyra, a life-enhancer who lived, wrote, spoke and hugged to bring people together and who spread love around her wherever she went, will be remembered with admiration, affection and joyous laughter by the many thousands whose lives she touched.