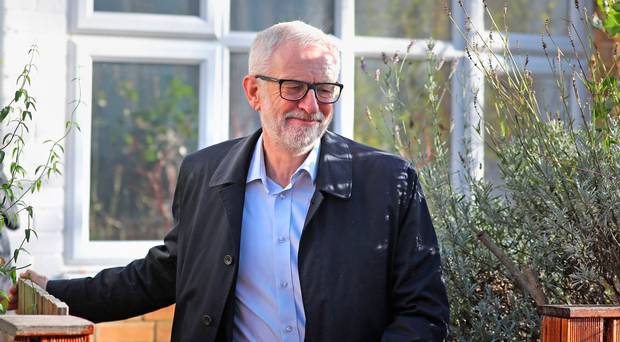 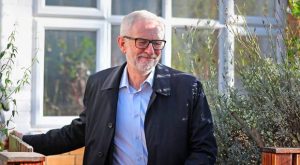 I’m euphoric about what happened in Thursday’s election. Of course there are a few individual results that I regret, but the big picture is one of hope for all parts of the United Kingdom. And for that we have to thank the English, Scottish and Welsh voters who rejected Corbynism, and the Northern Irish who turned their faces against tribalism.

I’ve always believed that unlike substantial numbers of their Northern Irish and Scottish equivalents, English voters – who after all form the great majority of the UK electorate – will always choose moderation.

Culturally, they are sensible, patriotic (in the best sense of the word), suspicious of ideology, pragmatic and opposed to extremism of any kind.

They voted for Labour leaders Clement Attlee and Tony Blair and saw off Michael Foot.

Except during the 17th century English Civil War, they settle their differences through debate, peaceful protest and political reform.

And these values are endorsed by many immigrants – particularly those that have come from violent places.

I live in London, where a week or so ago, for instance, I had an Uber driver from Cameroon who spoke eloquently of his 10 years living in the peaceful and tolerant society of which he has become a citizen.

He had, he said, voted for Brexit because the French had robbed his country blind and – like a majority of the English and Welsh – he believed in the importance of the UK being in charge of its own destiny.

Corbyn’s Labour frightened him: “It has to be Boris.”

“It will be OK,” I kept saying to friends over the last few years of political turmoil. “The English will never fall for the Corbyn cult.”

Yet although I am by temperament no worrier, I was spooked by the spectre of a Labour party that could destroy the country.

There was the anti-West bias of its leadership, its hatred of capitalism and its plans to take the economy back to the worst of the 1970s, its sympathy for Irish and Scottish separatism, the viciousness of the Momentum social-media armies and the refusal to recognise the shocking levels of anti-Semitism in the party.

The polls were narrowing, it went against all received wisdom that the Conservatives could win a fourth election, and so negative were the stories about Boris’s sins that he was widely mistrusted.

At a demonstration against anti-Semitism last Sunday in Parliament Square, I felt sick for law-abiding, hard-working people who wanted nothing more than to serve their country honourably yet were planning to emigrate in the event of a Corbyn victory.

English Jews tend to be left-wing, yet a video showed a Jewish northern London bakery packed to greet Boris. The moment when someone cried out “You have to save us”, was heart-breaking.

By election day, along with some of my friends I was almost succumbing to panic, but on Thursday night we were together when the exit poll was published.

Charles Moore, the biographer of Margaret Thatcher, wrote on Saturday: “It could not have happened without Boris. When I was his editor on this paper [the Daily Telegraph] he often drove me to distraction with his lateness and unreliability. But I also formed the view that he is one of the very few people I have ever met who can be described as a genius. For all his defects and peccadilloes, Boris is the man.”

Speaking in Sedgefield, Blair’s old seat, as he promised to win the trust of those life-long Labour voters who had swung to the Conservatives, Boris said: ‘We are going to recover our national self-confidence – our mojo. It’s going to be a wonderful, wonderful time for the country.

“Our country will stand tall in the world. We’ve embarked on a wonderful adventure.

“We’re going to do things differently and better.”

I believe Brexit will get done in a constructive way, that the Tories are bent on being a One Nation government, that another Scottish referendum will not happen, that the Irish government is as opposed to a border poll as any unionist, that Anglo-Irish relations will be good again, and that those people who want Northern Ireland to prosper have great opportunities they should now all grasp together.