Like the Omagh victims, Hyde Park bereaved defied the odds to get justice for loved ones 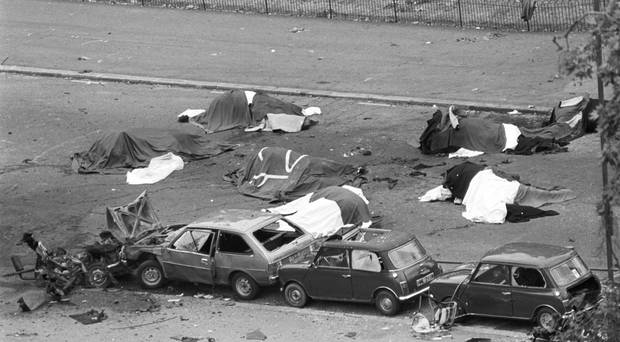 Many ex-terrorists will be feeling uneasy after John Downey was found liable for atrocity, writes Ruth Dudley Edwards 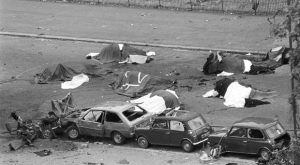 The aftermath of the IRA Hyde Park bombing

Victims of two terrible crimes – the Hyde Park and Omagh bombings – have had notable victories this year.

These are ordinary people let down by the criminal justice system who decided to fight for justice for their loved ones, persevered despite years of frustration and disappointment and won noble victories that give hope to generations of innocent victims.

Last week, Mrs Justice Yip ruled in the High Court that “damning” fingerprint evidence proved John Downey’s involvement in the murder of four and the injuring of 31 in the 1982 Hyde Park bombing.

This, was, as Lord Brennan QC described the IRA attack, “cold-blooded killing, with vicious brutality and maximum harm”: the murder weapon was a car bomb comprising 25 lb of gelignite and 30 lb of nails.

This civil case was brought by relatives of the four soldiers of the Blues & Royals, targeted as they rode through the park to the Changing the Guard ceremony: Squadron Quartermaster Corporal Roy Bright, 36, Lieutenant Anthony Daly, 23, Trooper Simon Tipper, 19, and Lance Corporal Jeffrey Young, 19.

The action was brought in the name of Sarah-Jane Young, who was four years old on 20 July 1982 when she heard the blast at 10:40 am. Looking out of the window of the nursery at Knightsbridge barracks she saw troops with nails embedded in their bodies.

As Matthew Jury, her solicitor, said, she “was made a victim three times over. The first time by the IRA and John Downey when they detonated the bomb that killed her father. The second when a ‘catastrophic failure’ by the British government led to Downey being issued an ‘on-the-run-letter’. The third when Downey’s criminal trial collapsed as a result.”

It was almost certainly because of the public outrage over the failure to bring Downey to justice that he was pursued to his home in the Republic of Ireland and extradited last October to face trial over a car bomb attack in Enniskillen in 1972 that killed Ulster Defence Regiment members Alfred Johnston and James Eames.

Sinn Fein were foursquare behind the person Mary Lou McDonald described as “our friend and colleague John Downey … who should be at home with his family”. 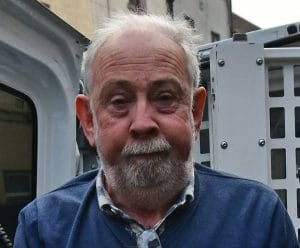 Downey has since been released on bail of £225,000 to live at the Belfast address of a Sinn Fein councillor.

As Matthew Jury puts it: people responsible for “most awful acts of terrorism on British soil were living out their days in peaceful retirement believing they would never be held to account for their crimes. But justice has prevailed.”

Many retired terrorists should be feeling uneasy.

Earlier this year, the four surviving perpetrators of the 1998 Omagh bomb were declared bankrupt and ordered to pay the victims who successfully sued them in a civil case hundreds of thousands of pounds.

Downey must be wondering how much Mrs Justice Yip will award the Hyde Park victims.

Matthew Jury and Lord Brennan were successful in the Omagh case which most lawyers and commentators said was hopeless. Similarly, the Hyde Park families “were told they’d never get justice, that they should put the past behind them and move on.”

As the Omagh families can take pride in having blazed the trail that was followed by those of Hyde Park, others should consider following in their footsteps.

Crowdfunding is a wonderful resource.

Mark Tipper, in his letter of thanks to supporters on behalf of the Hyde Park Justice Campaign, promises to help other families pursue terrorist murderers.

Kenny Donaldson, Director of Services of SEFF (South East Fermanagh Foundation) – which helps victims of terrorism in the UK, the Republic of Ireland and on the Continent and has supported the Hyde Park families throughout – hailed “a result for decency, a result possible because of the tenacity of ordinary, yet extraordinary people.

“This is a joint victory, this result should and must now inspire innocent victims/survivors of terrorism to pursue justice/truth/accountability and reparations from those who have forever changed their lives through their futile and unjustifiable acts of terrorism.”

We can all help by contributing to https://www.crowdjustice.com/case/nosafehavens