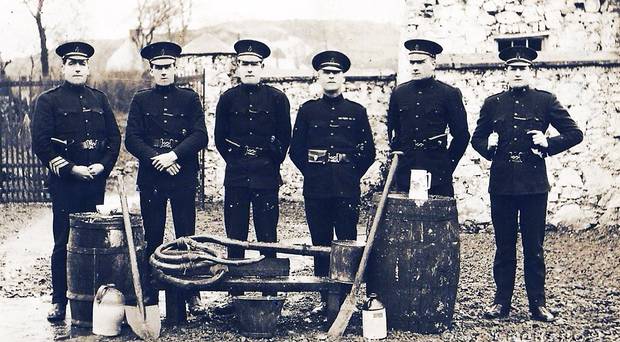 IRA perpetrators blame their victims to attempt to silence their own consciences, writes Ruth Dudley Edwards 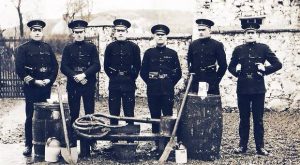 I want to talk about hate, which suddenly yet again went centre stage in Ireland when the Irish Minister for Justice Charlie Flanagan organised a small event to commemorate the Royal Irish Constabulary and the Dublin Metropolitan Police.

To the shock of senior Irish politicians, out of the woodwork came screaming voices spouting venom against hundreds of thousands of men – mostly Catholic – who, from 1822 and 1836 respectively until independence in 1922, kept the peace in a democratic state as instructed by the lawful government.

In no time at all, a commemoration was misnamed a celebration and the RIC and DMP were equated with the Black and Tans.

Quite apart from the ravings of obscure people on social media, public figures outdid each other in their vilification of many of our ancestors and touched an atavistic strain of hatred.

According to Irish Republican News, which was in its element, an independent councillor from Donegal, Micheal Mac Giolla Easbuig, said “the Black and Tans never really left us … their type donned a Free State uniform, an RUC uniform, B Specials uniform, paratroop uniform, an eviction team uniform, etc. So this event is not just about 1920, it has far-reaching consequences”.

Niall O’Dowd, who made his name in Irish-American peace-processing and his fortune in Irish-American media, wrote: “The RIC were the British handmaidens in Ireland maintaining repression helping defeat the Fenian movement and 1916 Rebels and often using savage reprisals… in Ireland’s worst times this police force acted like the German World War II Gestapo.”

And the Wolfe Tones, singer-songwriters whose mediocrity is balanced by the fervour of their anti-British propaganda, had their Come Out Ye Black and Tans at Number 1 in the charts.

Brought up in a household that included a grandmother who spouted Anglophobic venom at every opportunity, I was accustomed to the language used.

In her case, the loathing was so virulent that it led her to embrace her enemies’ enemies, including, at various times, Mussolini, Hitler and Stalin, and to nurture a deep antipathy to any politician, or institution – like de Valera and the Catholic Church – that she felt had betrayed the martyrs of 1916.

There were plenty around like her at the time, but I was fortunate in having parents who thought she was mad and had absolutely no sympathy for violent nationalism, past, present or future.

The cult of 1916 was one of the reasons why I wanted to leave Dublin and I settled very happily in England, where no one voted for terrorists.

But violent Irish nationalism impinged pretty rapidly and, when I published a biography of Patrick Pearse in the late 1970s, I became an historian many republicans liked to hate.

However, in the early 1990s, when I became a journalist who specialised in writing truthfully about the IRA, the criticism reached hysterical levels and when I got to know many Ulster Protestants and to try to explain their culture and attitudes sympathetically, I became a hate figure on Planet Republican.

And then social media made it possible for people to air their psychoses publicly and so torrents of daily abuse became the norm.

We hate because we fear that which is different, because it enables us to justify our own prejudiced behaviour and, even more, because it is projection: we ascribe to others what we fear is true of us.

So, these days, Irish nationalists repressing guilt about the cruelties and brutality of the IRA have to find a way of blaming the victims.

Hence, the obsessive psychotics need to demonise the police and security forces in order to justify the endorsement of their murderers.

There was a classic example in the Irish Republican News story about the RIC event that has not yet happened: “Also due to take part was the former chief of the… RUC Special Branch, the direct successor of the RIC’s own …intelligence unit. Drew Harris was appointed as 26 County Garda police commissioner by (Justice Minister Charlie) Flanagan in September 2018.”

Of course, they didn’t mention the IRA had murdered his father, yet that Drew Harris had resisted going down the pathway of hate.

He is the winner: they the losers.