Unionists can relax, for the reality is very few in Republic support calls for Irish unity 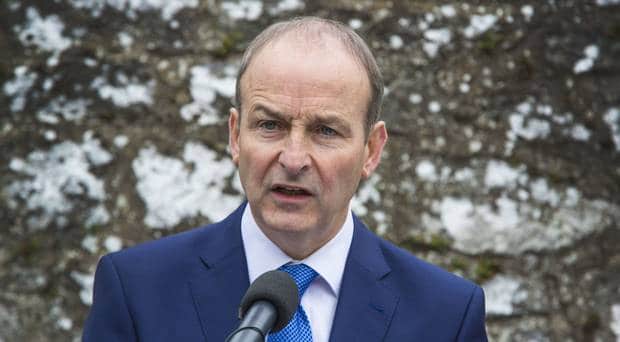 Sinn Fein’s IRA masters are out of touch if they think push for a border poll will succeed, writes Ruth Dudley Edwards 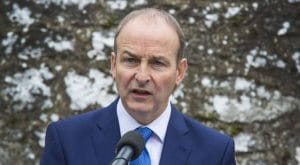 Fianna Fail’s leader Micheal Martin is against a border poll

Southern nationalism has moved on. Except for Sinn Fein of course, and the maverick Fianna Fail Senator Mark Daly – fired from the front bench a year ago – who occasionally pops up in Northern Ireland quoting another of his own unconvincing reports on the imminence of Irish unity.

Sinn Fein elected representatives – the more intelligent of them reluctantly – keep banging out A Nation Once Again on that republican drum, but theirs are lonely voices and few outside the cult are listening.

Sinn Fein president Mary Lou McDonald was reduced this New Year to confiding to the Irish Daily Star her plans to make a united Ireland happen with the next five years.

To give some idea of how out of step she is with mainstream southern opinion, here are some recent quotes from Fianna Fail and Fine Gael.

Just before Christmas Micheal Martin said he was against a border poll.

“Sinn Fein has started this,” he said. “It’s aggressive, is perceived as threatening one community, the unionist community, the loyalist community, and in my view there is danger in how all of this has developed… my view is that the poll itself should be the culmination of a developed understanding and I believe in an evolutionary pathway.”

This upset Sinn Fein MEP Matt Carthy: “It’s deeply disappointing the leader of a so-called Republican Party would categorically rule out – as Micheal Martin has done – allowing the people of Ireland to choose their own future.”

Sinn Fein had been working in a variety of areas on how institutions could work in a post-border poll, he added, but the party needed the support of the other main parties.

“It won’t happen if we are the only ones, and we want others to get involved. Fianna Fail is trying to shut down a legitimate and progressive conversation on the future of our country and they shouldn’t be allowed to get away with it.”

The problem for Sinn Fein is Micheal Martin is expressing the view of the vast majority of responsible members of Fianna Fail. That same weekend former Taoiseach Bertie Ahern said on Radio Ulster that anyone who believes Irish unity will happen next year “should go for a trip in space for a decade”.

“I think in my mind two things have to happen,” he added. “The institutions in Northern Ireland have to be operational, successfully, unhindered, for a prolonged period of time.

“Secondly, the actual work of how we would make a new Ireland which would be totally accommodating, where we can live together, work together, share together and understand our differences and diversities.”

“When we have the institutions up and running properly then there is time to have a long look at the institutional arrangements and the constitutional arrangements. We have to learn from our history and we have to understand that there are a million people in this island who are British and unionists, so we need to respect that and make sure they are part of the future and they feel part of the future.”

Mr Varadkar means what he says, having seen off tersely the request in an open letter signed by more than 1,000 figures chosen from republican-friendly circles across the island of Ireland and among the diaspora for the formation of a Citizens’ Assembly to reflect “the views of citizens North and South”. Challenged about it in the Dail, Mr Varadkar asked whether unionists and British citizens would participate in such an assembly. If not, he said, it would be a “pan-nationalist assembly then rather than an assembly of all the citizens of Ireland”.

The DUP may have done badly in the general election, but Sinn Fein did worse in terms of share of the vote. The old IRA veterans directing its nominal leadership from Connolly House and the Felons Club simply don’t understand the Republic, whose citizens are questioning if there could ever be a peaceful and affordable united Ireland.

Unionists should relax. For the foreseeable future, a united Ireland is a big, green herring.