With so much to be cheerful about in recent elections, my deportations list is very short 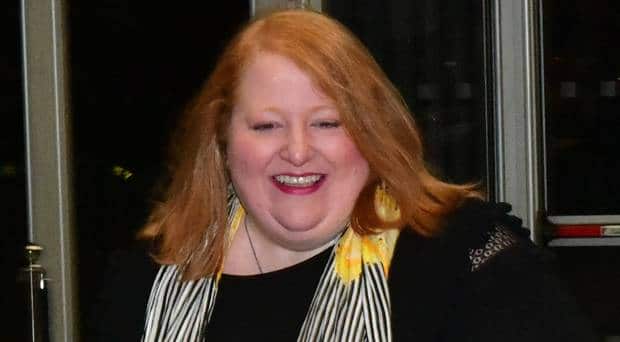 This is the time to learn from mistakes and search for the positive and constructive, writes Ruth Dudley Edwards 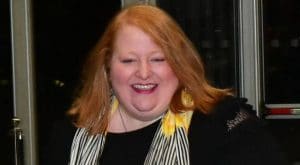 I’m in too good a mood to hurl myself crossly into writing my annual list suggesting who should be deported from Northern Ireland. In England, where I live, Boris Johnson has already made an awful lot of people feel cheerful.

Even lifelong Labour people, who held their noses as they voted Conservative, have a spring in their step as they contemplate the success of their rebellion against tribal expectations to put into Downing Street an optimistic Prime Minister who can be funny and light-hearted and, unlike Jeremy Corbyn, appears to love his country and its people.

In an article yesterday, Rod Liddle wrote about his hometown Middlesbrough – which came to believe their Labour council despised them. The Labour candidates’ vote in the two constituencies dropped by more than 12%.

The council had, for instance, essentially banned the extremely popular and exuberantly rude local stand-up comedian Roy Chubby Brown, who, like the new independent mayor Andy Preston who overturned the ban, is an ex-Labour member.

Similarly, the council-provided Middlesbrough Institute of Modern Art, despite embarrassingly low attendance figures, refuses to show the kind of art that appeals to locals including that of the town’s most notable artist, Mackenzie Thorpe.

“Pick away at the belief systems of that elite, and thus the Labour Party, and you will find that in almost every case, economic policy aside, they do not accord with those of local people: not on the traditional family, on welfare benefits, on gender and identity politics, on religious faith,” says Liddle.

I’m quoting this here mainly as a caveat about the Alliance Party, which unquestionably deserves congratulations on its strong election results and its courage in refusing to get involved in dodgy electoral pacts.

But it could quickly go the way of the Labour Party if it falls further into the trap of emulating some of its Belfast City Council representatives by showing contempt for social conservatives.

So could the SDLP, where Colum Eastwood must anyway be kicking himself for swapping morality for votes in what proved to be, electorally, a wholly unnecessary deal with Sinn Fein.

Now, I was one of those who rejoiced to see Northern Ireland moving away from tribal voting in an election in which, in their own idiosyncratic way, voters loudly announced that they had minds of their own.

And I was delighted to see nationalists taking their seats in the House of Commons and immediately making their mark with constructive speeches demonstrating why abstention is stupid.

Last year I nominated five people – Martina Anderson, Karen Bradley, Jude Collins, Naomi Long and Ian Paisley – for deportation, with the option of returning if Anderson would stop rewriting history, Bradley would tear up the legacy proposals, Collins would stop commenting, Long would stop sneering at those who dislike the progressive agenda, and Paisley would give most of his salary to the poor.

Well, Mrs Bradley has returned – probably permanently – to the backbenches, Mr Collins is silent and, after further revelations about exotic holidays, Mr Paisley’s vote went down by 11%.

Ms Anderson will shortly become an ex-MEP in a party that has lost its way, not least because few of them are any good.

Mrs Long is able and astute, so I expect she’ll be learning lessons for the future from looking at what went wrong with smug and thin-skinned progressives in Labour and the Lib Dems.

Times change. Apart from Sinn Fein, which everyone knows wants to destroy Northern Ireland, Irish political parties are now utterly opposed to a border poll and just want a Brexit deal that works for everyone, north and south.

I strongly believe that, with imagination and positivity, politicians can secure one that works well for Northern Ireland.

Everything would go even better, of course, if the residue of the IRA army council could be kicked out of Ireland, along with the loyalist and republican paramilitaries who still infest a province mostly full of great people and, between murder (as of the wonderful Lyra McKee) and mutilations of young people, contribute nothing except grief.