How Roy Kells, the gentle and unassuming owner of a draper’s shop, became a hero 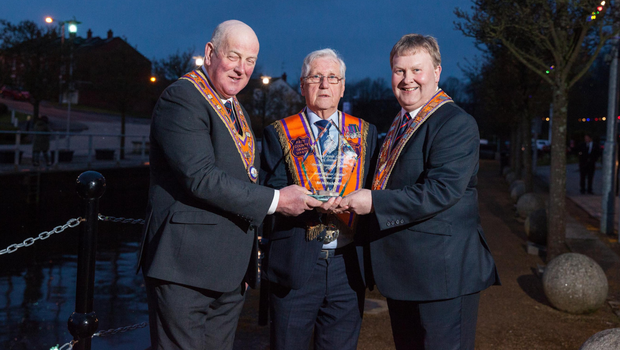 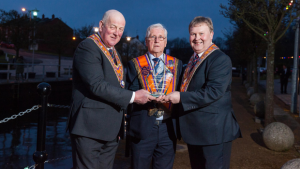 Here’s a story for anyone who has ever wondered how they would behave in wartime. Would they be cowards? Would they be heroes? Roy Kells, who was buried on Tuesday, had the life he wanted by the time he was in his early 30s, married with a growing family and very rooted in his community in the small town of Lisnaskea, where he had been born and brought up.

He was a founding member of the Lisnaskea Rovers Football Club, attended Holy Trinity Anglican church and was a member of the local Orange Order and the pipe band attached to it, which won three all-Ireland contests.

Having resisted his mother’s pleas to become an accountant or a clergyman, in 1964 Roy had been allowed to take over SD Kells, his parents’ failing draper’s shop, which he was successfully modernising and expanding.

And then the Troubles began, IRA killers were coming over the border, bombs were being left on Main Street almost every week and in 1970 this gentle, unassuming family man felt it his duty to defend his community by joining the Ulster Defence Regiment and going on patrol four or five nights a week.

“You just had to get up and leave your family,” he told me many years later. “That was the sad part of it. That’s what I missed most.”

In the next few decades the Lisnaskea shop was bombed a dozen or so times, set fire to three times and once completely destroyed.

Yet the firm not only kept going, but became one of Northern Ireland’s most successful family-owned businesses: today, run by one of Roy’s sons, it has 10 SD Kells and nine Regatta outlet stores across Northern Ireland.

Eleven of the UDR company Roy commanded were murdered and he survived three assassination attempts. The last time, injured, he recognised standing over him the notorious assassin Seamus MacElwaine, who lived just across the border in Monaghan.

MacElwaine, who was thought to have been the gunman who badly wounded Arlene Foster’s father in 1979, was hailed by Martin McGuinness at his funeral in 1986 as “a freedom fighter” after he’d been shot by the SAS preparing a landmine for an Army patrol.

In 2016, after he had been glorified by a Sinn Fein MLA, First Minister Mrs Foster said that locally “he is remembered as an evil and sectarian killer”.

Yet that time in Lisnaskea MacElwaine didn’t kill Roy, which he attributed to divine intervention.

In 1992 the UDR was amalgamated with the Royal Irish Regiment. Roy – who had ended his UDR career as a Lieutenant Colonel, the highest rank achievable by a part-time soldier – no longer had to fight.

But Sinn Fein had fomented community anger over Orange parades and in 1996 some Catholic parents were encouraged to boycott Kells stores because he was a senior Orangeman.

Two years later, as Northern Ireland was celebrating the peace that people believed had been secured by the Belfast/Good Friday Agreement, a car bomb was parked outside his Omagh store, busy on a sunny August Saturday afternoon.

Twenty-nine people and unborn twins were murdered that day, nine and the twins in his store. The staff were traumatised and the shop wrecked.

We had become friends, and I admired him for the anti-sectarian, brave, principled and kind man I knew him to be. When I rang him a week or so after the bomb he was about to drive to Donegal to commiserate with the parents of Catholic children who were among the victims. He was tormented (wrongly it would turn out) by the fear that his shop had been chosen as a target because of his Orange connections.

When I interviewed him he spoke from the heart to express what I have heard from so many fine Northern Ireland Christians. “I pray for those that commit the atrocities, for those that orchestrated the boycotts and I don’t pretend to be a saint, but I believe from my Christian teaching that that’s the way to live,” he said.

“There’s no bitterness in my life towards any of them.”

Physically, and morally, Roy Kells was a hero.