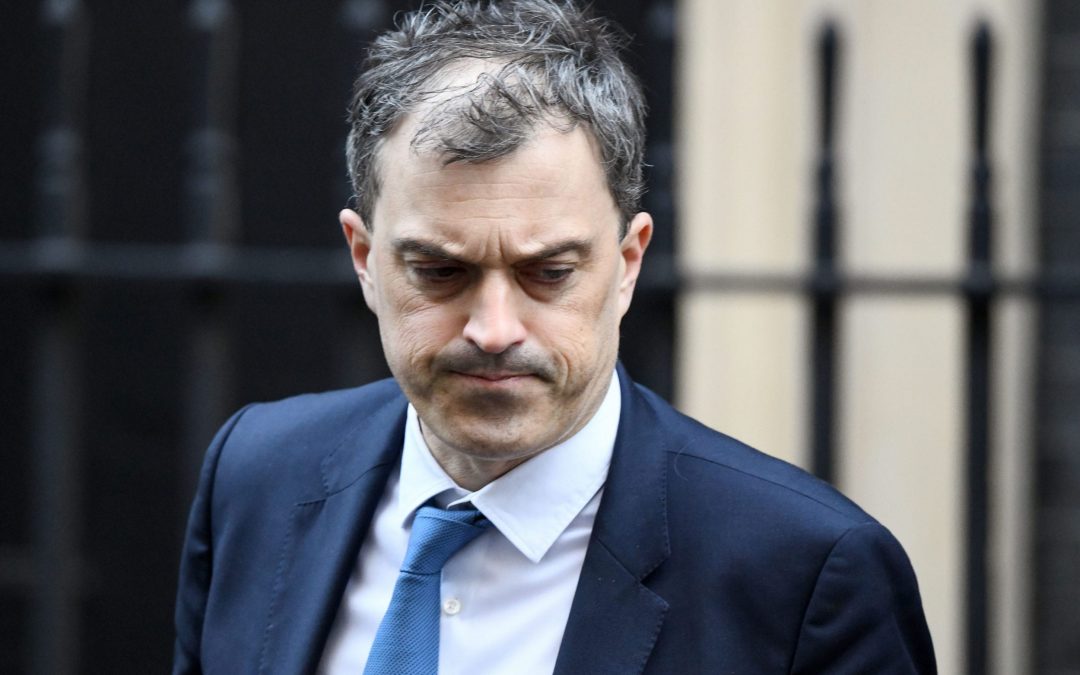 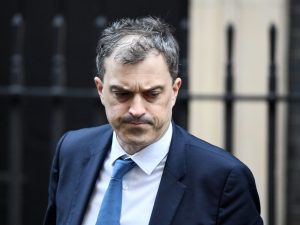 Last month, Northern Ireland Secretary of State Julian Smith was the Spectator’s Minister of the Year. This month, to the bewilderment of politicians on both sides of the Irish border, he was fired by the Spectator’s Parliamentarian of the Year, Boris Johnson. This was not a reflection on his ministerial competence. It was all about Brexit.

Like his predecessor, Karen Bradley, Julian Smith had pretty well united Northern Irish politicians. Bradley was stunningly bad, showing quite remarkable ignorance of the whole island and no inclination to learn about it. (Today a Queen’s University law student called Sean-Diarmuid Kelliher tweeted that she “once corrected me when I said I was from Kerry. She said it was sometimes called Londonkerry.)

As politicians had agreed that Bradley was utterly useless, so despite various differences of opinion with him, they were almost all united in believing Smith to be outstandingly good at his job.

The Taoiseach, Leo Varadkar, tweeted his thanks: “In 8 months as Secretary of State, Julian you helped to restore powersharing in Stormont, secured an agreement with us to avoid a hard border, plus marriage equality. You are one of Britain’s finest politicians of our time. Thank you.”

Northern Irish First Minister and DUP leader Arlene Foster tweeted about him: “We may not have always agreed (we did sometimes) but his dedication to the role was incredible. Best wishes to him and his family. Always welcome in Fermanagh.”

Deputy First Minister, Michelle O’Neill, who like all Sinn Fein leaders is required under the party’s terms and conditions to be grudging and ungracious to British ministers, thanked him for nothing and contended that he had been sacked because the deal committed him to bringing forward legislation on legacy issues (which because of a squalid deal choreographed by Tony Blair more than a decade ago are advantageous to victims of the security forces rather than those of terrorists) which had been “dragged out” for more than five years” –  mainly, because Sinn Fein had collapsed the government in January 2017. But she had signed the deal.

“The genius of Northern Ireland secretary Julian Smith,” Melanie McDonagh wrote in  the Spectator in January “has been to make it clear to recalcitrant Stormont members – and we’re talking Sinn Fein mostly – that unless they get their act together and re-establish devolved government, there’s going to be no money. Not a bean. So when the nurses and teachers want to get the boot into someone, they know where to go. That has concentrated their minds.”

But there was much more to his short period in office than that, as Colum Eastwood MP, leader of the nationalist Social Democratic Labour Party, said in thanking Smith for his “tireless commitment to devolution, for the work you’ve done for victims of historical institutional abuse and for securing much needed resources for Derry.”  There were distressed messages from members of SAVIA, lobbyists for survivors of church and state institutional abuse.  “I’m heartbroken,” said one.  “How could they do this to such a wonderful gentleman… No one could ever… be as caring as Julian was to HIA [Historical Institution Abuse] Survivors. He invited us to Buckingham Palace garden party. Well if he is not going. We won’t. #Respect”.

That hashtag was the key to his success, because he treated everyone he dealt with in Ireland with respect. He inherited a nurses’ strike that was crippling the NHS, stopped by the picket line, talked to the nurses and resolved the dispute in record time. Northern Ireland office staff in Belfast were desperate for him to remain in the job. “Serving the people of Northern Ireland has been the biggest privilege,” he said in his goodbye tweet. “I am extremely grateful to @BorisJohnson for giving me the chance to serve this amazing part of our country. The warmth & support from people across NI has been incredible. Thank you so much.”

“Sacking the most successful SOS in a decade shows Johnson’s dangerous indifference to us,” wrote Colum Eastwood. And so it does, but of course the Prime Minister’s eye is on the big picture. Smith was always straight-talking, and he did for himself when in October he told the Northern Ireland Affairs Committee that “no deal is a very, very bad idea for Northern Ireland” and left Downing Street convinced that his loyalty was suspect and he might at any time resign on principle.

I get the importance of establishing Number 10’s authority, but there is not such an abundance of talent in the Conservative party that it can afford to dispense with an outstanding minister at a moment when Sinn Fein’s electoral success is potentially deeply damaging for Brexit negotiations. Strong and stable government is one thing. Control freakery is another. At the very least, his successor Brandon Lewis should be seeking ways to harness Smith’s gifts and knowledge in the interests of good Anglo-Irish relations.