Others eulogise assassins, but Harry Gregg was a hero all Ulster people can be proud of 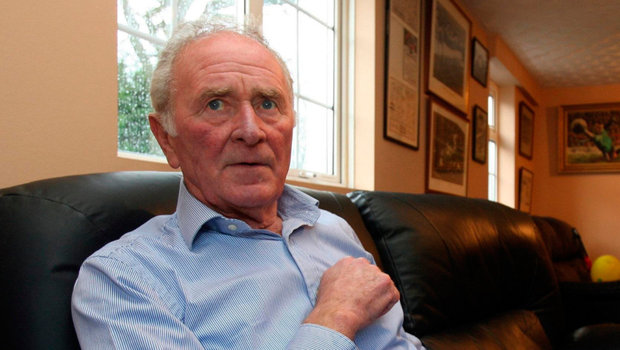 I’ve no interest in football, but I’ve become a great admirer of this fine man, writes Ruth Dudley Edwards 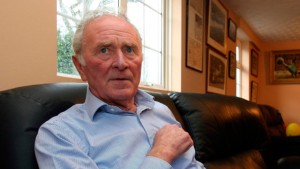 I’ve never had any interest in football, but I can still remember as a schoolgirl in Dublin in 1958 being appalled by the tragedy of Manchester United in the Munich air disaster.

And so last week, when the news came about the death of a hero of Munich, I read on and learned about the great goalkeeper Harry Gregg, who I realised was another of those Northern Irish heroes I so admire: people who respond to terrible events with courage and selflessness and remain modest about their achievements.

I never shared the enthusiasm of the nationalist tribe from which I come for celebrity heroes, many of whom were braggarts.

The enthusiastic assassin Dan Breen was one of a tiny group who sparked off what became known as the Irish War of Independence by shooting dead two unarmed RIC men.

He bigged himself up about his guerrilla activities in his My Fight for Irish Freedom and then threw himself into fighting in the civil war against the democratic decision of the Irish people to accept the treaty.

He later became an enthusiastic supporter of the Nazis and had pictures of Adolf Hitler in his home even after the emergence of the hideous truth about mass extermination in the concentration camps.

Yet when he died in 1969 he had an enormous funeral in rural west Tipperary, with an estimated crowd of 10,000.

Last Friday, on a day of terrible wind and rain, there were many hundreds outside St Patrick’s Parish Church in Coleraine to honour Harry Gregg, who never went to charm school, hated the cult of celebrity and played down his achievements.

The product of a mixed marriage, this working-class young man grew up an intensely devout member of the Church of Ireland.

Reminiscences last week painted a picture I recognised as very typical of many Ulster Protestants I’ve known: a plain speaker, a hard worker, stubborn, cantankerous, principled, loyal, suspicious of adulation, uncompromising, never a glad sufferer of fools and adept at being his own worst enemy by falling out with people whose support he needed.

As an outsider used to southern Irish charm and English politeness, it took me quite a while to see beyond rather intimidating exteriors to the inner decency, integrity, kindness, courage and humour within.

Harry Gregg followed the instructions of the captain of the burning plane to run away and leaped out of the plane, but then returned twice and rescued two teammates – including Bobby Charlton, who was at his funeral – and a pregnant woman and her daughter.

In a period when no one had any understanding of post-traumatic stress disorder and he was tormented by what he had been through as well as survivors’ guilt, he was back playing for United within two weeks. Within the next four years he would lose his wife to cancer and abandon his religion.

Gregg avoided talking about Munich for many years and when he did, he was typically unimpressed with himself.

He told his friend Jim Gracey that he had been a fool who was neither brave nor a hero.

He spent the rest of his life serving football with exceptional distinction as a player and a coach, using his charitable foundation to encourage young people to follow in his footsteps, and as a devoted father, grandfather and husband to his second wife.

He achieved neither riches nor the accolades he deserved but he never sought public recognition.

True to form, his foundation has responded to a suggestion that a statue be erected to him outside Old Trafford by saying he never wanted anything like that.

He’s on the record as wanting to be remembered as “Harry Gregg from 34 Windsor Avenue in Coleraine who played football – I was useful on some days and rubbish on others…Not for something that happened on a spur of a moment”.

Perhaps a more fitting epitaph comes from sportswriter Henry Winter: “Harry Gregg has left this earth, but his legacy lives on in his family, in his foundation and in a reminder to all of the importance of courage. He went back in.”