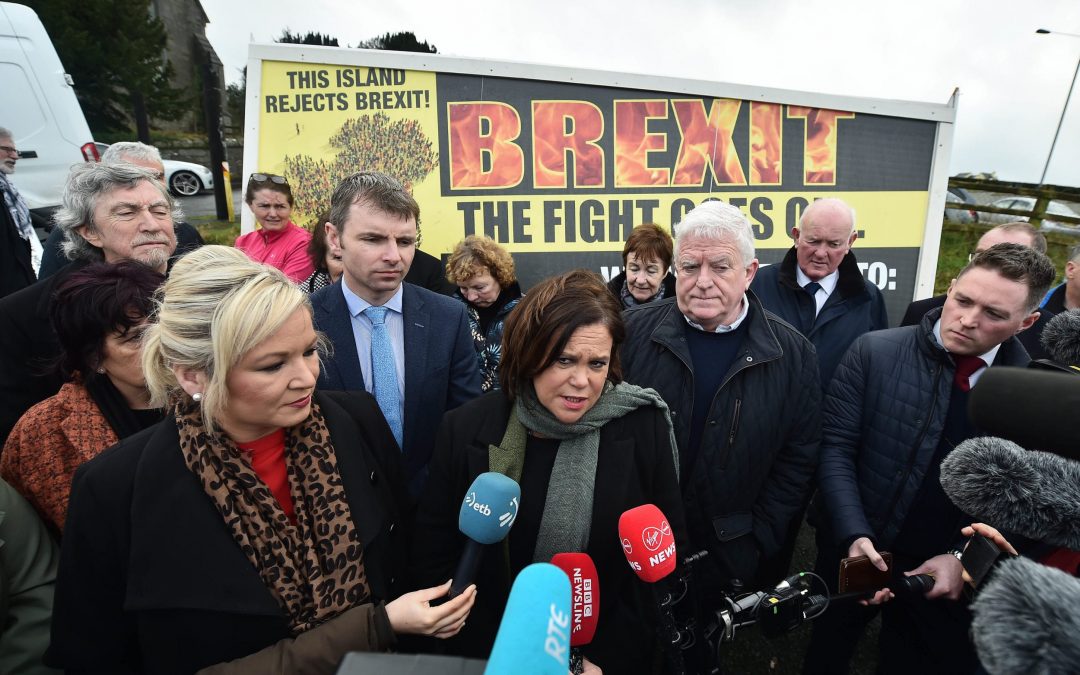 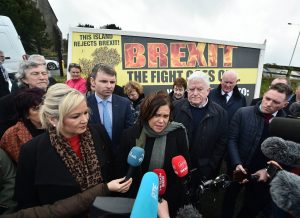 It was a matter of pride in the United Kingdom that so many voters refused even to contemplate a Corbyn government because of the Labour leadership’s toleration of anti-Semitism and its sympathy with terrorists. However, it’s looking as if a significant portion of the Irish electorate have no such moral qualms about supporting a party that eulogises murderers and covers up crimes by its members.

Polls are suggesting that in the general election on Saturday there is a good chance that Sinn Fein will come first or second to Fine Gael and Fianna Fail, the two parties that have dominated politics since independence, and become contenders as a coalition partner.

Up to now, although the Irish establishment has been keen on Sinn Fein sharing power in Northern Ireland, there’s been little toleration of the notion that that would happen in the south in a sovereign government.

In a leaders’ debate on Tuesday evening, the interviewer Miriam O’Callaghan lobbed a grenade at Mary Lou McDonald, the highly-articulate, privately-educated, Dublin graduate who two years ago replaced Gerry Adams as president of Sinn Fein. “You know of course about Breege Quinn, the mother of Paul Quinn, the 21-year-old who was so horrifically beaten to death in November 2007. She is asking for an apology from your minister for finance in the North, Conor Murphy, because he aligned her son to criminality. You were due to speak to minister Murphy today — did you speak to him to clarify?”

Paul Quinn was 21 when – nine years after the signing of the Good Friday Agreement – in revenge for an altercation he had with the son of a senior figure in the Provisional IRA South Armagh Brigade, around ten men beat him in a barn with iron and nail-studded bars breaking every major bone in his body. Locals believe those responsible for ordering his murder were fuel smugglers.

Three weeks after Paul’s death, Breege and Stephen Quinn heard the local Sinn Fein MP Conor Murphy say on television that “Paul Quinn was involved in smuggling and criminality and I think everyone accepts that.” There was and is no evidence whatsoever that this was true, and it was particularly shocking coming from an IRA ex-convict who was friendly with Thomas “Slab” Murphy, alleged former Chief of Staff of the IRA, who ran a cross-border criminal empire.

The strategy of the IRA veterans who still pull the strings from behind the scenes in Belfast has been to give the party a new image in the Republic by importing cleanskins and gradually retiring ex-cons. During the election campaign MacDonald has usually been flanked by two articulate well-educated TDs who discoursed learnedly on the housing crisis and prohibitive insurance costs. Like all Sinn Fein representatives they are required periodically to eulogise dead terrorists and endorse obvious lies such as that Gerry Adams was never in the IRA, but they try to do that as little as possible in the Republic.

A slide in support for Sinn Fein began to be reversed only a few weeks ago and it seems to be another manifestation of the Europe-wide craving for change, particularly among the young and those who feel left behind – particularly on the sprawling housing estates. The hard left are confined to the margins and there is nowhere to go except Sinn Fein.

There’s always been a spread of middle Ireland that would have nothing to do with that party because of the horrors of the Troubles, but the young seem to have neither memory nor interest in that period nor in Northern Ireland. Nor do the media seem to care that the Police Service of Northern Ireland recently re-affirmed its view that the IRA Army Council still oversees Sinn Fein, and that emails have been made public showing that Conor Murphy’s predecessor as finance minister was in constant contact with shadowy IRA controllers.

But the Quinns have not given up their pursuit of an apology. Wearing her most sincere expression, Mary Lou told Miriam O’Callaghan that she had spoken to Murphy about this and that he apologised for his comments. At which O’Callaghan disobligingly pointed out that the previous evening in an interview she had said: “I have spoken to Conor Murphy about this issue before. He is very clear that he never said that, that that is not his view.”

Murphy, McDonald and the Sinn Fein hierarchy are resisting the escalating demands from other politicians that Murphy resign. Will McDonald sacrifice him? Indeed, will she be allowed to do so by her puppet masters?

Voters go to the polls in Ireland this weekend. In the aftermath might the leader of Fine Gael, Leo Varadkar, overcome the resistance of the law-and-order core of his party and do a deal? Might Micheál Martin, who hates Sinn Fein and would never go into government with them, be overthrown by the green wing of Fianna Fail. Have the Irish people lost their moral compass?