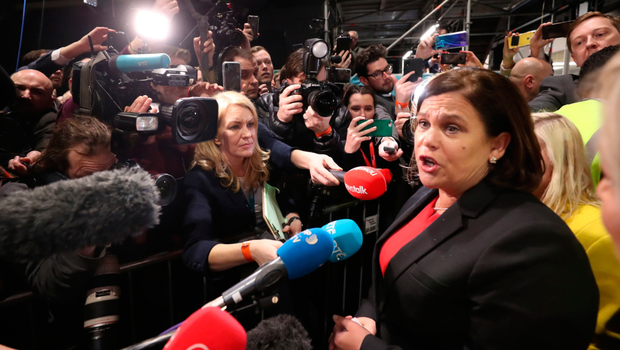 The general election results in Republic make me ashamed of my country, writes Ruth Dudley Edwards 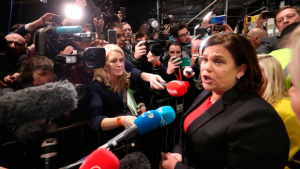 Today I am ashamed of my country, a vast number of whose voters have intentionally or unwittingly just endorsed a fascist party. This reminds many who know Sinn Fein as puppets of the IRA Army Council of Germany in 1932, when the Nazi party became the largest in parliament: Hitler became Chancellor in January 1933 and wasted no time in establishing his brutal dictatorship.

Sinn Fein members and apologists, of course, are exulting in the Irish election results, some enjoying themselves insulting supporters of Breege and Stephen, the heartbroken but courageous parents seeking justice for their son Paul Quinn, savagely beaten to death by the Provisional IRA in 2007 and then slurred as a criminal by Conor Murphy and Gerry Adams.

Here’s a sample from Saturday from Eoghan Ó Murchú, who shockingly is a retired RTE political journalist: “The Paul Quinn affair was a sordid effort to distract attention from the real issues in this campaign. Give the chancers their answer. Get out and vote Sinn Fein, and get your friends and relatives to do the same; make it clear that dirty tactics don’t work.”

A version of Ó Murchú’s tweet was later addressed to me and the Irish Independent political editor Hugh O’Connell with the line added: “Give it up, you embarrass yourselves.”

It came from someone who hurls abuse at journalists and politicians who give a voice to IRA victims.

One of the many good people who were revolted by Ó Murchú responded: “A disgusting tweet. His family have been begging SF for over a decade to retract smears about their murdered son. These smears shield the culprits and motivations behind one of the most vicious murders of the Troubles. They got an apology of sorts this week due to the election.”

Those of us who are hated by Sinn Fein because we persist in telling the truth about the past and present are ridiculed and insulted regularly. Recurring themes are that we are hurting and exploiting victims and that everything we say just makes Sinn Fein more popular.

Well, it’s actually not true. Although most Irish journalists and organisations like RTE and the Irish Times avoid challenging Sinn Fein, last week Mairia Cahill, Stephen Nolan, Bryan Dobson, Miriam O’Callaghan and others slowed its gallop by giving the Quinns the chance to tell their terrible story and show up the heartlessness and mendacity of Sinn Fein and its determination to keep the bodies of IRA victims out of sight.

Conor Murphy was shown to be afraid of the south Armagh Provos and – as the journalist Paul Williams put it – when it came to being pressed in interviews on the Quinns and on her attitude to the Special Criminal Court in Dublin that the IRA hate, “one is left with the distinct impression that Mary Lou is answerable to a higher power and that sure isn’t God”.

In a powerful article yesterday in the Sunday Independent Eoghan Harris wrote what many of us have good reason to believe: “Sinn Fein, for all its socialist rhetoric, is really a right-wing nationalist party, with a proto-fascist future agenda.

“History does not repeat itself, but Sinn Fein shows striking similarities with some fascist parties of the 1930s.

“Sinn Fein is the only European party with an armed wing – marking us out as a rogue democracy.

“Sinn Fein persistently demonises a minority ethnic group – Northern Protestants. Sinn Fein agitates about ‘its’ ethnic group in an adjoining region to stir up trouble in its own version of the Sudetenland [the part of Czechoslovakia Hitler annexed in 1938]. Sinn Fein promotes a martyrology around sectarian IRA killers akin to that around the Nazi thug Horst Wessel [a murdered leader of the Nazi’s paramilitary wing].

“Sinn Fein peddles a heroic false narrative about its squalid terrorist past to seduce a younger generation.”

Harris’ article had begun: “One of the most indelible images of the Holocaust shows American GIs escorting shocked and sobbing German civilians past piled skeletal bodies in a concentration [camp]. March them past the bodies.”

As deals are being made between politicians, to save Ireland from degradation, the parties and the public should be marched past the bodies of those murdered and vilified by the IRA.