Westminster has a stable government and Brexit is done. One more election to go 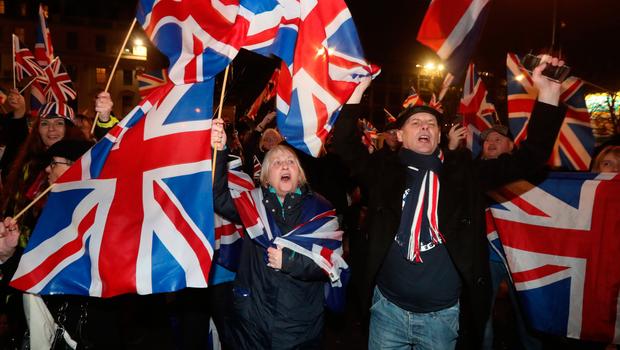 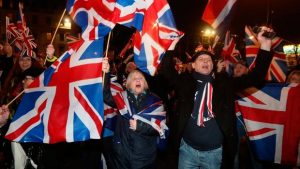 Since Thursday night I’ve been celebrating in private with various Brexiteer friends who, like me, are rejoicing that the United Kingdom is regaining its independence.

I truly believe that the mission creep of the EU has become very dangerous over the last few decades, that Brussels is intent on creating an unaccountable empire and that the north-south stresses on the euro and the east-west stresses on EU governance could cause the whole edifice to crumble very quickly with perhaps catastrophic effects.

So I’m delighted we’re out of it, and 11pm on Friday night was for me a very happy moment. Still, I also have to admit that I wasn’t quite as euphoric as I had been at 10 o’clock on the night of December 12 when the exit poll predicted a Conservative majority.

I’ve never got too worked up when General Elections didn’t go the way I wanted them to, but the thought of the damage that could be done by a hard left, anti-Semitic, pro-Sinn Fein Labour government had really frightened me.

Fortunately, it had also frightened a large majority of the electorate.

I don’t agree with everything Boris Johnson is doing, but in general I’m happy with the approach and tone of his administration.

It’s good to see a vast swathe of the United Kingdom that has hitherto been neglected being given priority and treated with respect.

And it’s been wonderful to hear the voices of local people who to their considerable surprise were elected to Parliament as the first Conservative MPs for many decades – if ever – to replace Labour MPs, many of whom had been imposed by the party HQ and had no connections with or interest in their constituents.

These new recruits are energetically responding positively to the Prime Minister’s instructions to identify local needs and work hard to meet them.

Of course I have worries about Northern Ireland, but I feel that some of my unionist friends are being far too pessimistic. Johnson is a patriot who loves the United Kingdom and he will not intentionally in any way weaken the links that bind it.

He is also someone who honours the army and police, the most noxious legacy proposals are being brought to his attention, and I’d be surprised and disappointed he doesn’t instruct his Secretary of State to deal with them ruthlessly.

“We’ve embarked on a wonderful adventure,” said Johnson. Northern Ireland should be operating in that spirit and trying to make the best of whatever deal emerges.

Additionally, mystified though I am that nationalists in both Northern Ireland and Scotland are wildly in favour of surrendering more sovereignty to Brussels, I don’t think it is going to happen.

The Republic can’t afford and doesn’t want unity and the majority of people in Scotland would not agree to giving up the enormous United Kingdom subvention and going into the dodgy euro.

I was hoping to have a bit of a rest from obsessive politics-watching, but now we’ve got the Irish general election coming up on Saturday. Though I don’t usually see much difference between Fianna Fail and Fine Gael, the sudden ascent of Sinn Fein in the polls is alarming.

It has made me for the first time keen to see a Fianna Fail government, as long as it’s led by Micheal Martin. Even though I deplore his knee-jerk opposition to Israel – a country fighting for its life -where Leo Varadkar seems to vacillate in his attitudes to Sinn Fein, Martin has always seen them for what they are.

In a powerful moment in the leaders’ TV debate last week, he said his party would not have them as coalition partners “because of how they continue to endorse the past and try and shove it down people’s throats as a correct, just war”.

Martin’s “honest personality and republican pluralism is the foundation of a new public trust in Fianna Fail”, wrote Eoghan Harris yesterday. He believes that unlike most of the Irish media, Middle Ireland’s moral sense “will not give Sinn Fein a mandate for government until it cleans house”.

I’ll sign off as Harris did, and hope that as happened in the UK, Ireland “will keep the wrong ones out and let the right ones in”.