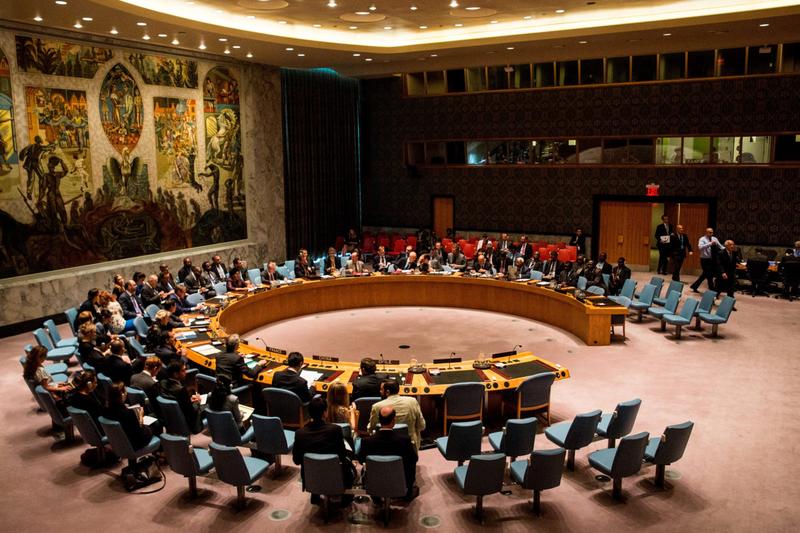 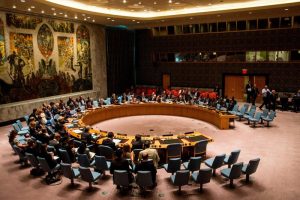 The United Nations Security Council is biased against Israel, according to UN Watch

Last week, because of the health crisis at home, Taoiseach Leo Varadkar had to pull out of an event in New York marking the 25th anniversary of Riverdance.

There were diplomats there from every country represented at the United Nations, invited as part of the Department of Foreign Affairs’ charm offensive designed to win for Ireland in June a two-year seat on the UN Security Council.

To enthusiastic cheers Jean Butler, who with Michael Flatley choreographed and led the first shows, told the audience: “There is a tenacity and a determination in the Irish spirit that is embedded in our culture, in our literature, in our playwriting, in our drama, in our dance, in our music, in our visual arts – it is part of us and that’s why I think Ireland will bring that spirit to the seat at the UN if they’re elected in June.”

Unfortunately, over the past few years the competition with Canada and Norway for this status symbol has seen Ireland at its worst.

To win the seat it is necessary to secure the backing of 129 nations – two-thirds of the votes – and since 22 of those are members of the Arab League and others are totalitarian, Ireland has shown itself unwilling to give a fair hearing to Israel or to defend Christians being shockingly persecuted throughout the Middle East.

Along with this has gone a toleration of anti-Semitism that has led to Israel seeing Ireland as its bitterest opponent in Europe.

In 2018 the Irish Senate passed the Occupied Territories Bill proposed by Frances Black – an independent senator who sang beside Martin McGuinness’s coffin – that would ban and criminalise “trade with and economic support for illegal settlements in territories deemed occupied under international law”, which are most notably Israeli.

The UN is a game of numbers and virtue-signalling. It has long since ceased to be a positive force in the world

It was supported by pretty well every political party apart from Fine Gael, which, being in government, had to take account of the measure’s probable illegality under EU law and its potential to derail Ireland’s relationship with the US.

But the government displayed no desire to defend Israel against one-sided and vicious pro-Palestinan disinformation.

Indeed, it showed its true colours by allowing the Department of Foreign Affairs to ignore its international duty as the lead EU nation on textbook development in the education sector in Palestine by turning a blind eye to a new curriculum full of hatred of Jews and pro-terrorist propaganda.

In 1998 UN General Secretary Kofi Annan admitted that UN behaviour gives “a regrettable impression of bias and one-sidedness. It has sometimes seemed as if the United Nations serves all the world’s peoples but one: the Jews”.

Nothing has changed under Antonio Guterres, who replaced Ban Ki-moon in 2017.

It’s not just the preposterously misnamed Human Rights Council (UNHRC) that is biased against Israel, so too is the Educational, Scientific and Cultural Organisation (UNESCO) and the atrocious United Nations Relief and Works Agency (UNRWA), which has destroyed generations of Palestinians by telling them that uniquely they can pass refugee status from generation to generation, which keeps them in dreadful camps nurturing hatred.

Nothing has been done to challenge the Security Council practice of passing more resolutions against Israel than against all other participants in armed conflicts combined.

As UN Watch has said: “Examination of the Security Council’s record reveals unambiguously that Israel is often condemned, that the Palestinians receive uniquely favourable treatment, that violence against Israel is often ignored, and that a host of major human rights abuses around the world escape comment.”

In explaining what Ireland would bring to the Security Council, Foreign Minister Simon Coveney included among its core values “the realisation of human rights for all, and the empowerment of women and girls”.

Does anyone think that is in any way achievable in a Security Council dominated by China and Russia? Or that Ireland will swim against the pro-Arab tide?

The UN is a game of numbers and virtue-signalling. It has long since ceased to be a positive force in the world.

With the challenges Ireland is facing with coronavirus, I hope it doesn’t have the distraction of playing cynical politics on the Security Council.