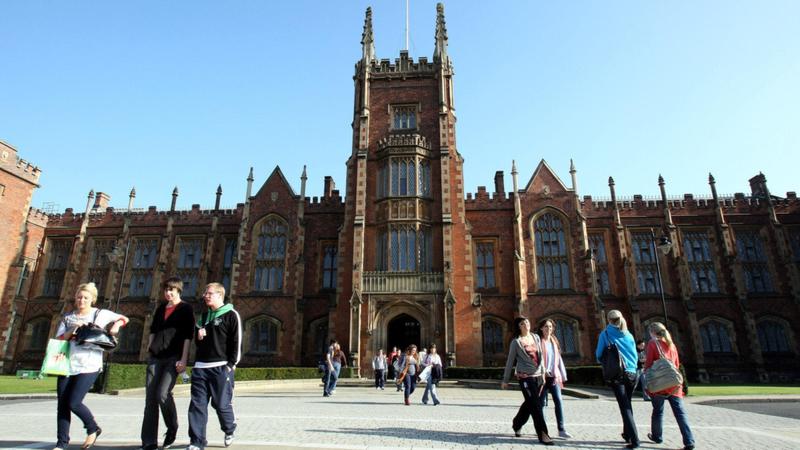 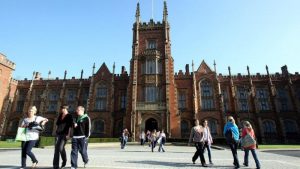 I’m not much given to signing petitions, but I’ve signed one asking Queen’s University Belfast and the Queen’s Students’ Union to: ‘End the Sectarianism towards Protestants and Unionist Students at QUB!’

I‘m the proud recipient of an honorary doctorate from Queen’s and have many friends who have studied and taught there, but I’ve been more and more concerned about how unwelcome it seems to Protestant students.

As the petition says: “It has long been accepted that QUB has become a ‘cold house’ for those from the Protestant and Unionist community.” It went on to mention the recent election to the office of president of the Students’ Union of someone who used “vitriolic sectarian language” against unionists and “seemingly” endorsed terrorism.

Since politics student Calvin Reid went public about this, Ms Grian Ní Dhaimhín has deleted her Facebook page, but the evidence of her pro-IRA sympathies can still be seen on the internet.

Most publicised was a friend’s post she had ‘liked’ that showed a masked woman with an Armalite and the legend “Ní saoirse go saoirse na mban” (There will be no freedom without the freedom of women).

Now I doubt if Grian intends to launch a female insurrection, but bearing in mind how upset a lot of people had been at the Freshers Fayre by the Sinn Fein stall’s ‘Brits Out’ placard, it was depressing that she posted an article about a rap band that chanted “Get the Brits out now” on which she had commented: “Thank f*** I was there… Tiocfaidh ar la.”

QUB Sinn Fein’s website tells us that it “works to voice an alternative to the degrading whims of neo-liberalism north and south, in pursuit of a new Ireland, that is representative of all her people”. I’d be interested in hearing how that fits with their and Grian’s desire to eliminate from Ireland those who identify as British.

Are they even aware of the assassination of law lecturer Edgar Graham on the campus in 1983 for the crime of being a unionist, and the failure of republicans to apologise for it? And how unionist students feel about that?

Grian comes from Strabane, which is more than 90% Roman Catholic, so I doubt if she was given much exposure to Protestant unionist opinion. Although she claims not to be Sinn Fein, she toes their line. She also apparently shares their distaste for apologising.

The army of Shinnerbot robots were out in force to defend her last week on social media and savage people like journalist Ben Lowry and DUP MLA Queen’s graduate Christopher Stalford and any others supporting them for their comments what was happening at Queen’s.

As the petition puts it, “it is clear that equality is only afforded to you if you suit the agenda”: there is “deeply ingrained sectarianism prevalent with in our Universities”. It complains that the relevant institutions “have wilfully buried their heads in the sand” which allows this mentality to grow, which has a “profoundly negative impact on students from this community”.

Queen’s spokesmen have made the kind of statements that are usually made in the circumstances, but I think ex-UUP minister Dermot Nesbitt, who was chatting to Edgar Graham when he was murdered, was right in saying: “It was disappointing that QUB did not acknowledge its own social media code of conduct for students when commenting on the row last week. The question needs to be asked – why did they not do it?”

This is the time for the authorities to address the sectarianism that is poisoning the university.

Grian does not become president until July, which gives plenty of time to talk to her and students across the board about how to address the issue constructively. They could, for instance, organise an event where Graham’s sister Anne speaks to them.

In a commemorative lecture last year about her big brother, Anne said she hoped and prayed “that as Northern Ireland continues to be convulsed by rancour and division that people and particularly politicians will consider carefully what they say and do so that we never again sink into the abyss of hatred and intolerance which led to Edgar’s murder”.

I can’t believe these young people want that to happen.

In the meantime, I hope many people sign the petition.