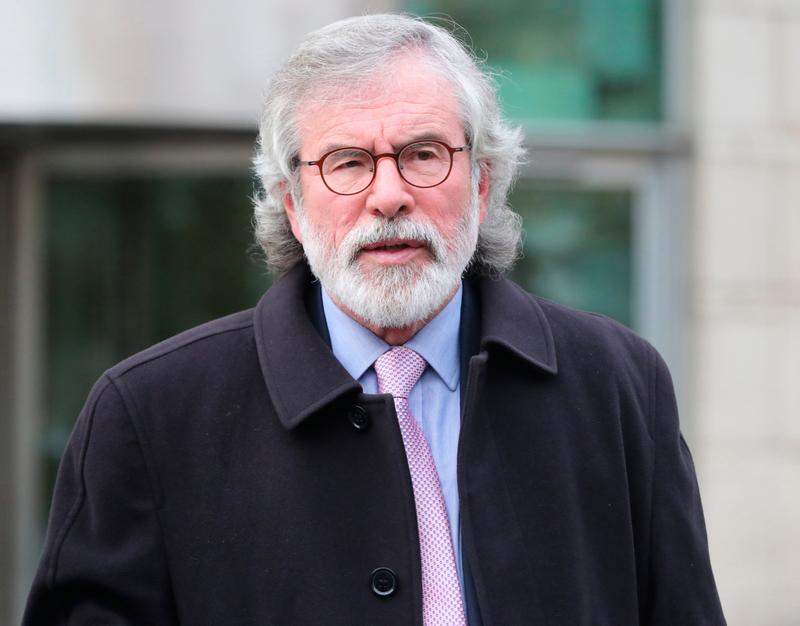 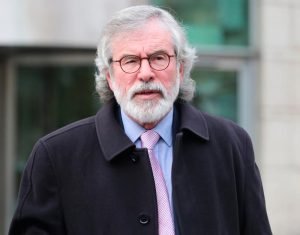 Gerry Adams hasn’t gone away, you know. My dear little friend Lyra McKee had a keen sense of fun, so she would have seen the black humour in this.

On April 19, 2019, the day the news of her murder broke, an author and journalist called Tom Phillips tweeted: “On this dark morning, at least let us enjoy Gerry Adams replying to himself but forgetting to swap accounts.”

Mr Phillips retweeted Mr Adams’s exchange with himself, which began with a familiar sanctimonious attempt to distinguish between the IRA, who murdered many people over three decades, and the latest IRA offshoot, who are following defiantly in their bloodstained footprints.

From his Twitter account @GerryAdamsSF he had tweeted: “On this Good Friday morning & on the eve of Easter may Lyra McKee b the last to die as she did. Those involved are not the IRA. The IRA embraced peace. It is gone. No Republican can support the anti-peace gangs masquerading as the IRA. They should disband.”

A few hours later, accidentally from the same account, came: “So true Gerry, such a needless senseless tragedy.”

This was retweeted this year by an account in the name of DeeMaw15, one of whose friends observed that: “It’s only a matter of time before he denies ever having a Twitter account.”

Another reminded us that in 2009 in a pre-election interview on Irish radio Mr Adams had claimed that, in the 1970s, he and another 100 internees had cheered themselves by singing the Monty Python song Always Look On The Bright Side Of Life, which at the time had not even been written.

As a commentator writing on the Slugger O’Toole blog pointed out at the time: “The man just can’t help himself.”

In his weekly column for the Andersonstown News Mr Adams seems to live much of the time in an imaginary past, where the Irish are forever Mope (most oppressed people ever) and endlessly banging the 1916 drum (if you’re curious, they’re on his blog, modestly called Leargas, the Irish for ‘insight’).

After the Republic’s most-recent election Mary Lou McDonald appointed Adams as one of her negotiating team. We don’t know what contribution he’s made to any Sinn Fein discussions with other parties, but he’s certainly an important Felons Club strategist.

As things stand, all the party leaders seem to have achieved by their constant carping, brazenness and rudeness and banging on about a united Ireland, at a time when politicians are trying to stop people dying and avoid crashing the economy, is to convince most southern politicians that it would be madness to go into coalition with them.

Here is Mr Adams’s contribution to the economic debate in his criticism of the Framework Document produced by Fine Gael and Fianna Fail.

“Their only firm economic commitment is that a FFFG government will comply with the strict conservative European fiscal rules. That can only mean a further squeeze on public services.

“Surely, one of the big lessons of the pandemic crisis is the need, and the entitlement of citizens, to healthcare, childcare and eldercare as a right. Surely, that’s the least the state should do in the common good. That means challenging the EU rules, not blindly complying with them.”

Good luck with that in a crisis-ridden Brussels.

In his fantasy economics Mr Adams reminds me of Patrick Pearse, who wrote just before Easter 1916: “In a free Ireland there will be work for all the men and women of the nation. Gracious and useful rural industries will supplement an improved agriculture. The population will expand in a century to 20 million: it may even in time go up to 30 million. Towns will be spacious and beautiful… but since the country will chiefly rely on its wealth and agriculture and rural industry, there will be no Glasgows or Pittsburgs.”

But though they share blind ignorance of economic realities, there are differences. Pearse was on the verge of bankruptcy when he was executed. Mr Adams has pensions from Stormont and Dublin, of something in the region of £30,000 a year, book royalties and at least two houses.

Oh, and he didn’t die for Ireland.