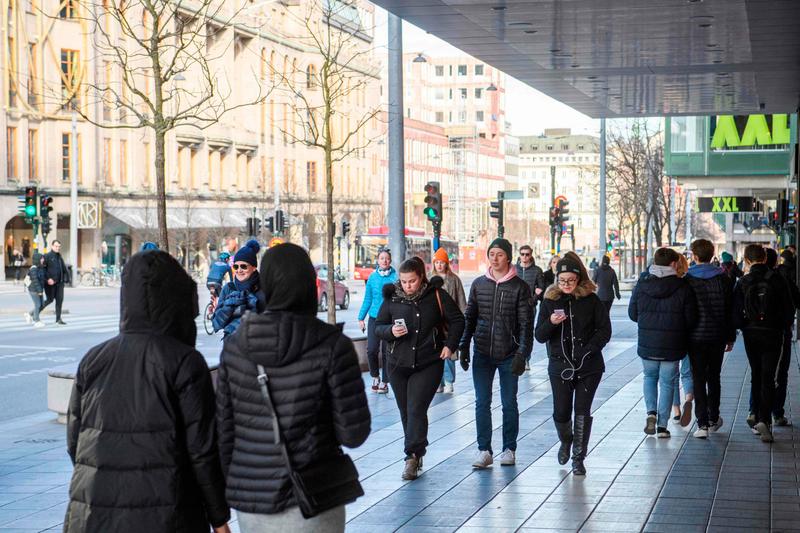 We should be brave when, soon, we have to make terrible choices for our society, writes Ruth Dudley Edwards 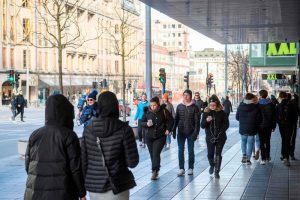 People strolling in downtown Stockholm at the weekend

Fed up with being asked what I think about our present predicament over coronavirus, I have taken to reciting those wise words of Manuel from Barcelona, the waiter in Fawlty Towers: “I know nothing.”

As between the biologists, the epidemiologists, the virologists and all the other experts who are disagreeing all over the world, I haven’t a clue who’s got it right. But I do know that I am very fed up with all those who also know nothing but never shut up giving their opinions.

Social media is swamped with idiots and hysterics and the dominant voices in mainstream media aren’t much better.

I’m sick of know-all know-nothing journalists who claim to be seeking the truth and speaking it to power, but are in fact simply scoring points and bullying and mocking politicians who face terrible choices.

I had a lot of sympathy with the British Government’s adoption of the herd mentality policy, which seemed rational to me, but was booed and laughed off stage after a campaign of unremitting media alarmism.

Iain Dale of LBC is one of those interviewers who seems genuinely to be in search of information rather than trying to prove how clever he is.

The BBC’s Martha Kearney (though less so since she joined the Today programme) is another.

I admit that I start from an unpopular position, which is that we are extraordinarily fortunate to be living at a time of unparalleled prosperity and life expectancy but that we all have to die of something, and as epidemics go, a form of flu is not the worst.

Like many other old people, I’m pleased that the present epidemic seems to endanger the old rather than the young.

If I’m taken into hospital with coronavirus, if there is a shortage of ventilators I’ll be requesting medics to pass them to younger people, and I’ve already made it clear to my intimates that I do not wish to be resuscitated.

My equally unpopular position is that I think the Government is doing its best, as, probably, are most of their European equivalents. Doing your best by no means implies you get everything right, but it means you try to.

I think four of the five parties in the Executive have been doing their best.

But since Sinn Fein extol murderers, it’s hardly surprising that their masters in Connolly House are more concerned about making health a cross-border issue rather than in making the right pragmatic choices for the people of Northern Ireland.

There are a few questions I would very much like answered by politicians and journalists.

Why, considering the viciousness of China in their persecution and cultural genocide of the Uighurs, do any politicians or journalists regard them as trustworthy partners?

Why, considering they are responsible for this damn epidemic by their failure to eradicate those disgusting wild animal markets that created the disease, their cover-up, and their ill-treatment of whistleblowers, should we believe one word they say?

Why does anyone think we should follow the advice of Tedros Adhano Ghebreyesus, director-general of WHO (the World Health Organisation), who is hailing China for “transparency” and work in protecting “the people of the world” while ignoring at China’s behest Taiwan’s astonishing success dealing with the epidemic.

I’d like to think that if Sweden – which adopted the herd immunity policy and has avoided lockdown – proves to be in the right, that all those who bullied the UK Government into a change of mind by accusing it of callousness and recklessness will admit they were wrong.

But, of course, they won’t.

Encouragingly, however, I think that the vast rational bulk of the public, certainly in England, are beginning to consider if the cure for this is worse than the disease.

That formidable lawyer Lord Sumption has pointed out that whatever scientists say about clinical consequences, it is for the public to decide if we should wreck our economies because we are so afraid of having more old, sick people die, and by doing so, kill many others.

I may not know much, but if the lockdown hasn’t seen off the worst threats to the NHS, I know that in the next couple of weeks we should face this grim choice coolly, realistically and bravely.