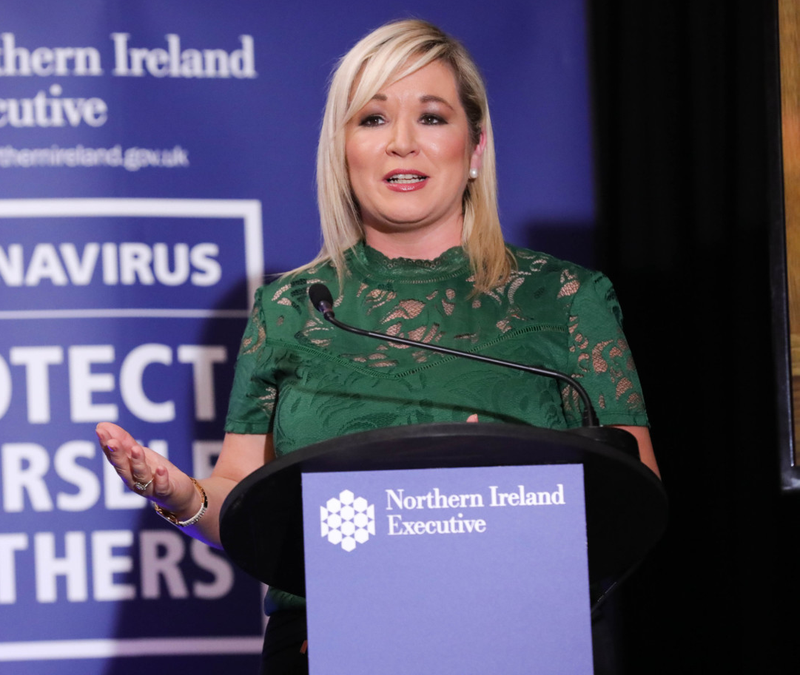 Why does the party slavishly urge obedience to the World Health Organisation, asks Ruth Dudley Edwards 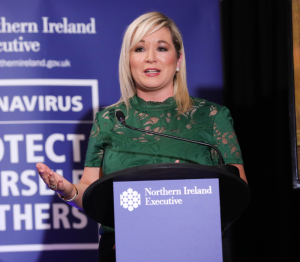 Among all the questions to ask Michelle O’Neill about Sinn Fein’s health policy concerns is her new-found enthusiasm for the World Health Organisation (WHO).

Here are just a few. How does she feel about the WHO’s disastrous failure to inform the world of the coronavirus threat in early January? Why did it repeat the Chinese Government’s lie about there being no evidence of human-to-human transmission?

Why did its director general Dr Tedros Ghebreyesus praise China for its transparency when there was no doubt of a cover-up and the silencing of whistleblowers? Why, as late as March, was Ghebreyesus saying that the “stigma” of calling this virus Chinese – which it was – “was more dangerous than the virus itself”?

Last week, with the world convulsed by the pandemic, with governments tearing up rulebooks and peoples and commentators crying that things will never be the same, Sinn Fein, which markets itself as the party of change, reminded us that it remains as backward-thinking as ever and plays only the tunes of the past.

As usual, Gerry Adams set the tone in his blog.

While the Queen praised the common endeavour of all nations around the world to defeat this fearful challenge, described this Easter period as one that united all religions and spoke of how light and life were greater than darkness and death, Adams made only a cursory reference to coronavirus in his Easter message.

He took his readers, instead, down the dreary Mope ( most oppressed people ever) laneway of old grievances and futile violence: 1798, 1803, 1848, 1867, 1916, the Anglo-Irish war that used to be called the War of Independence and is now being rebranded the Tan war, the Civil War and what he euphemistically refers to as “the more recent decades of conflict”.

Not that Adams and the Boys of the Old Brigade, who, in normal times, hang out in Connolly House and the Felons Club, are ignoring the present.

In mid-March Mrs O’Neill was forced to make a U-turn to follow a policy lead of the Republic of Ireland, in early April there was the farcical saga of Conor Murphy and the non-existent deal with Dublin over PPE, and then there was the public fuss she made about Robin Swann’s request for help from the British Army to distribute urgently needed lifesaving equipment.

This caused the SDLP and the Alliance Party to join forces with the two unionist parties: “15 people died of coronavirus overnight in the north,” tweeted SDLP leader Colum Eastwood. “I’ll support anything that gets PPE and ventilators to where it needs to go. Let’s stop playing politics and do whatever it takes to save lives.”

“Could not agree more,” responded Naomi Long. “@RobinSwannMOH has my and the @allianceparty’s full support for taking extraordinary measures to try to save people’s lives. All and any help is welcome at this critical time.”

Mrs O’Neill’s explanation seems to have been crafted by a particularly verbally constipated adviser: “The Health Minister has a responsibility to exhaust all options, including the use of other blue light public services and civilian contractors, to ensure that ventilators and lifesaving equipment are moved swiftly to where they’re needed most.”

Er, this means that to keep republican fanatics happy the Executive should pay a ton of money for services that would be provided free and immediately by the armed forces.

And let’s not even get onto the issue of Mrs O’Neill’s queasiness about the Army constructing an urgent Nightingale hospital along the lines they have so successfully achieved in London.

These days, now that they crave respectability, republicans abrogate responsibility to the EU, the UN and, most recently, the WHO.

The simple truth is that republicans would rather be in alliance with Old Nick than the United Kingdom.