Gerry Adams was not in the IRA 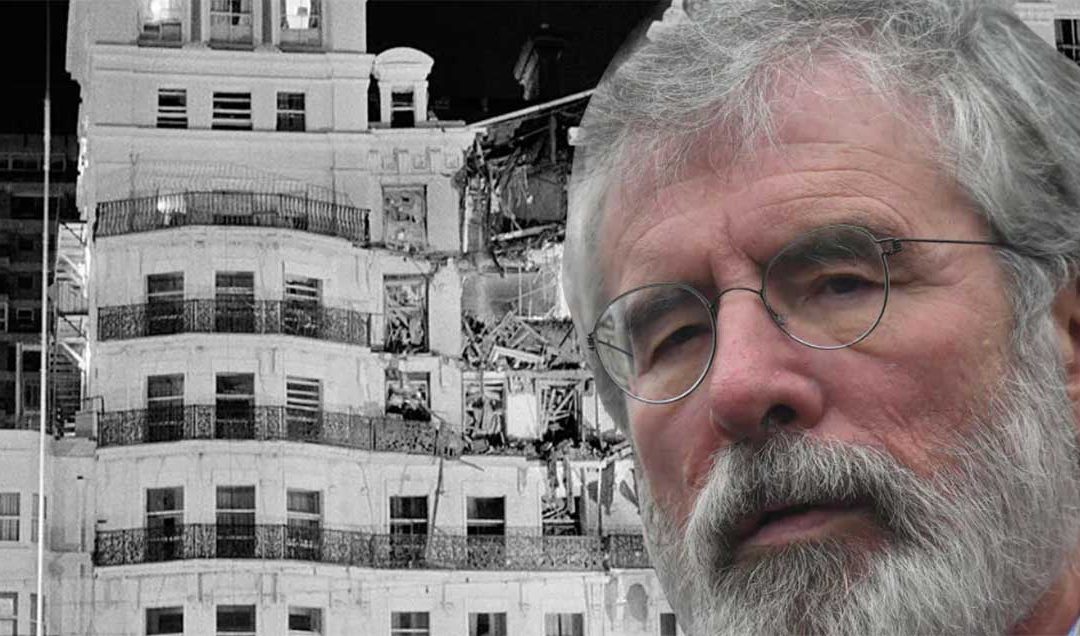 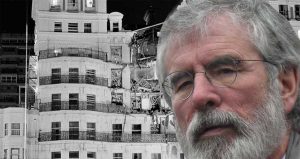 My, my, what a happy day for supporters of the IRA everywhere. The Supreme Court has found for Gerry Adams in his claim that in the early 1970s he had been illegally interned in Northern Ireland, and it has quashed his two convictions from 1975 for attempting to escape in 1973 and 1974.  The reason will be regarded by some of us laypeople as being fantastically nit-picky even by the standards of the present Supreme Court: the procedural irregularity in the signing of his interim custody order by a minister of state rather than by the then Secretary of State, Willie Whitelaw, himself. The state will pick up the tab and a claim for compensation will almost certainly follow. It’s unlikely to be limited just to Adams.

For ordinary, decent people everywhere who know about Northern Ireland, and who believe Adams has been one of the IRA’s top dogs for almost his whole life, this will be yet another incomprehensible failure of the justice system.  Now of course in his autobiographies and in interviews and through his lawyers, Adams has been denying for close to half a century that he was ever in the IRA.  Yet Whitelaw thought he was when he agreed to release the precocious 23-year-old temporarily from internment in June 1972 to represent the IRA at a meeting with an MI6 agent. He thought so again the following month when he had him flown to London along with a handful of senior IRA people to meet him in Cheyney Walk for a fruitless peace meeting. If at those meetings Adams didn’t think he was in the IRA, was he an imposter?  Or was he just too embarrassed to admit there had been a mistake?

It will be particularly sickening for those who know about the IRA contempt for the law and their loathing for any lawyers who were not on their side.   Their favourite defence lawyer, Pat Finucane, who was murdered in 1989 by loyalists, has been repackaged by Republicans as a human rights lawyer and secular saint killed at the behest of the British government.   Investigations into his brutal murder has so far cost the state millions and yet the pressure continues with the support of the Irish government and Irish-America for a public inquiry.   Apart from his three IRA activist brothers, the Finucane family is heavy with lawyers.  The local newspapers are so terrified of saying a bad word about a Finucane that I had to resort to social media to describe Pat’s son John, now a Sinn Fein MP, as being, like his father, an IRA apologist. In response he threatened me with a libel suit.  The subsequent appearance on social media of this dossier on the Finucane family, written by  the repentant IRA terrorist, the formidable Shane Paul O’Doherty, caused John Finucane to drop his threats and abandon that attempt to silence me.

I strongly recommend reading Shane Paul O’Doherty’s account. There is no better account of the unutterable cynicism of the IRA.  Their apologists tell the story of Pat Finucane around the globe, but few people  have heard of the lawyers Finucane’s IRA friends murdered. Five of them were judges (four of them Catholic and therefore prime targets for the IRA), William Staunton (1972), Martin McBirney (1974), Rory Conaghan (1974), William Doyle (1983) and Maurice Gibson (1987, slaughtered along with his wife Cecily). Judge Tom Travers in 1984 was injured and his daughter Mary murdered.  When the IRA tried to murder Judge Eoin Higgins in 1988, they got a family of three civilians by mistake. And then there was Edgar Graham, a barrister and law lecturer, shot dead on the Queen’s University campus in Belfast in 1983, with republican students cheering when they heard the news.

The annual Pat Finucane Lecture was held in St Mary’s University College last year with Gerry Adams and John Finucane in the front row and no mention was made by the speaker, let alone by a university official, of Judge Staunton, murdered in that very college in front of his young daughter, or Mary Travers, who was a St Mary’s graduate. This is how the past is buried along with the dead.

Lord Kerr, former Lord Chief Justice of Northern Ireland, presided over the five judges who came to this decision. I know the justice must be blind, but I would like to think that at least when off duty those judges thought about their murdered brethren.

Still, many Northern Irish lawyers – particularly libel lawyers – will be en fête.  Further opportunities beckon.  Since they mostly went out of murder, mutilation, robbery and blatant fraud, the republican leadership has redoubled its efforts to use the institutions of a liberal country against itself, and their success rate on the lawfare front is deeply impressive.   What with an army of republican lawyers happy to operate pro bono, their expertise in securing legal aid to sue the state, and unreformed libel laws, many republicans simultaneously collect libel damages from newspapers and private citizens while terrifying the media into silence.

In welcoming the judgement, Adams said “it is believed that around two thousand men and women were interned during its four and a half years of operation.”  There was, he added, “an onus on the British government to identify and inform other internees whose internment may also have been unlawful.”

The only good news for the British government is that this particular issue may apply to only a couple of hundred of people. But you can guarantee that as will happen with Adams, compensation claims will follow thick and fast.  It will probably be cheapest for the taxpayer if the British government come out with its hands up and its wallet open.

From the point of view of many people who went through the hell of Northern Irish terrorism, this appeasement by the state is a moral outrage.  They lived through 30 years when the terrorists were actually nearly all in receipt of British unemployment benefits whilst they murdered British civilians, soldiers and policemen. From the perspective of the people outraged by “the peace process”, it was a method of bribing the IRA to stop murdering their neighbours rather than anything which brought justice. The victims of the IRA and other terror gangs have seen many hundreds of killings by terrorists going unpunished, while because the state keeps records, soldiers and police are pursued.  These people also know that there are outstanding proposals for dealing with past crimes that were brokered by Blair in the interests of a quick fix rather than justice and are supported enthusiastically by Sinn Fein.  This Supreme Court decision will feed the conviction of the law-abiding that a weak state rewards its enemies and not its servants.