Bobby Storey: a violent thug who played role in the collapse of Stormont on three occasions 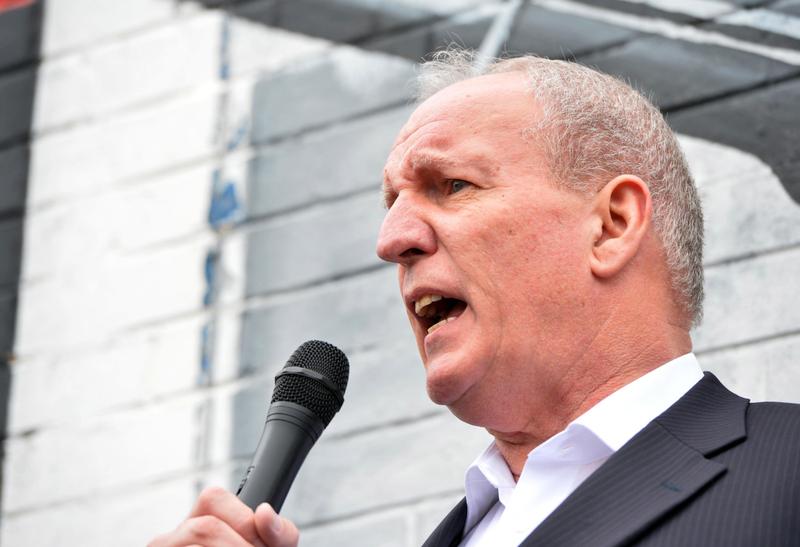 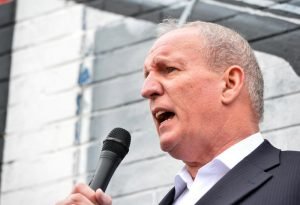 When it comes to the deaths of those associated with Sinn Fein and the IRA, I don’t adhere to the convention that one should postpone speaking ill of them.

Sinn Fein has a mighty and ruthless propaganda machine, so it behoves anyone who can to challenge whatever fictional image of the deceased they will be disseminating shamelessly throughout mainstream and social media.

So, here’s my contribution on Bobby Storey, whom we’re told was gentle, kind and funny. As Kenny Donaldson of the South East Fermanagh Foundation, which helps innocent victims of terrorism, put it last week, the media should not be airbrushing away Storey’s responsibility for “significant pain and misery within many families”.

Instead, he should be “accepted across the board as being a mafia henchman”.

I’ve taken an interest in Storey since the 1990s after I read Malachi O’Doherty’s account of an occasion in the Felons Club when Storey, who was 6ft 4ins, had pushed 5ft 2ins Malachi into a corner to chide him about something he had written for Radio Ulster’s Talkback.

“The hand he pressed against my chest was nearly as big as my chest itself,” said Malachi. He wouldn’t hit him, said Storey, but among other things he wished to tell him was that he was a slug close to the security forces who should shut his “f*****g mouth”.

Apart from doing 20 years in jail at various times, Storey was very busy. There was his role in the 1983 Maze escape (during which 20 prison officers were injured and one died), his activities as the IRA’s director of intelligence, the 2002 Stormont spy ring, the 2004 £26.5m Northern Bank robbery, his bullying of and spinning against anyone criticising the leadership, his threatening of dissident republicans and plenty more. He was also a key member of the group of IRA veterans who control Sinn Fein.

No mention of any of this from Mary Lou McDonald, who expressed her “deep sadness” at the loss of this “lifelong and deeply committed Irish republican”, a victim of sectarian harassment and brutality, who was a “champion of the peace process” and was “extremely committed to the pursuit of a united island with equality and social justice for all”. And there was I thinking Bobby was just an IRA dinosaur, fixated on unity.

She ended with: “Ni bheidh a leitheid aris ann.” (“We shall not see his like again.” I retweeted this with the comment: “His victims must certainly hope so.”

Michelle O’Neill was distraught. “Words cannot express the sadness I feel on the passing of one of the most amazing people I have ever had the pleasure to call my friend and comrade. To know him was to love him. Rest in peace Bobby x.”

In her official party statement she described him as “a committed, selfless comrade, whose contribution to the struggle for national liberation earned him the full respect of his generation”. It ended with: “I measc laochra na nGael go raibh a anam dilis.” (“A faithful soul among the heroes of Ireland.”).

And then there was John Finucane, who retired last year from being Belfast Lord Mayor to become an MP.

He tweeted that “it was an honour to call Bobby a friend and someone I could always rely on” and: “Ar dheis De go raibh a anam.” (“May his soul be on the right side of God.”). I think God would regard that as a pretty preposterous request. My favourite was the Shinnerbot tweet: “A hero of the revolution, S Africa had Mandela, we had Bobby Storey.” That was swiftly withdrawn. Maybe the comparison is reserved for Gerry Adams.

Will Sinn Fein observe the rules about funerals tomorrow?

Will the media ask its leaders why they think it appropriate to hold up as a role model a man who, quite apart from being a notoriously violent thug, was – as Mairia Cahill has tweeted – either the reason for Stormont collapsing on three occasions or involved in some way?

Micheal Martin and Leo Varadkar will be watching with interest.