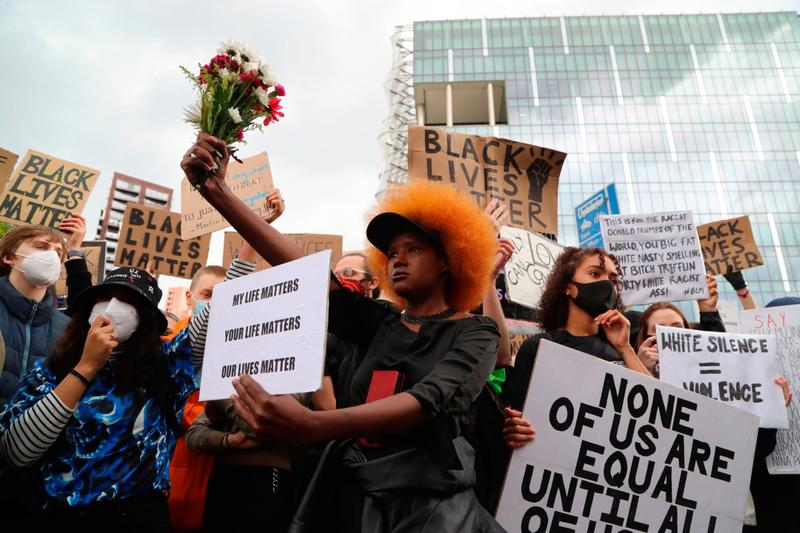 Of course there must be racial equality, but new fad of hating the police is so wrong, says Ruth Dudley Edwards 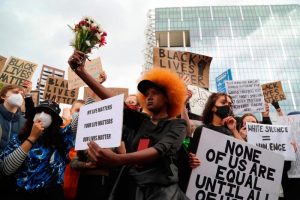 Protesters in London in support of the Black Lives Matter movement

Black Lives Matter coverage reminded me of being in the civil rights march in Washington in August 1963. I’d been in Baltimore working during my university vacation. People had been very kind, but I was unhappy about the racism and segregation.

Although I had grown up almost exclusively among Catholic Irish nationalists in Dublin, my parents hated prejudice of all kinds, which locally was directed at Jews, Protestants, the English, the Anglo-Irish, unionists, and black Africans.

I asked my work supervisor for the day off to go on the Washington march, but unsurprisingly she turned me down and I resigned.

What I never forgot from that extraordinary day was the great gospel singer Mahalia Jackson’s rendition of I’ve Been ‘Buked And I’ve Been Scorned, which had such a powerful effect on the audience that it inspired Martin Luther King to improvise his “I have a dream” peroration.

I’ve always thought absolutely right King’s aspiration “that my four little children will one day live in a nation where they will not be judged by the colour of their skin but by the content of their character”.

That was, I believed and still believe, the kind of future people of all colours and races should work to achieve.

Unfortunately, over the past few decades, although race relations in the real world were improving steadily, the Left were undermining family values, religion and patriotism, not to speak of concepts like duty and the work ethic that encouraged the young to better themselves through industry and discipline.

Like Sinn Fein in Northern Ireland, it suited US Democrats to encourage a victim and dependency culture among its followers.

And a brisk black market in drugs gave vast numbers of young people in fatherless families a taste for quick money, which often took them to jail and sometimes left them dead at the hands of other black youngsters and – much less often – the police.

On top of that in schools and universities, and increasingly social media, children were indoctrinated with the cancer of identity politics and the basic message that whiteness is at the root of all evil.

Which takes me to the Black Lives Matter protest meeting I got caught up in last Wednesday when I unintentionally ended up in Parliament Square watching the arrival of thousands of young people.

My journalistic instincts kicked in and I wandered around taking photographs and eavesdropping on conversations.

I was particularly interested in locating anarchists and identified a little white group who looked like possible Antifa members.

I asked why two of them were wearing balaclavas and one of them explained, gravely, that it was because they might be required for direct action.

I then enquired why people who had been concerned about the coronavirus were now taking part in a huge crowd activity and putting themselves and the public at risk and, to my surprise, he responded with commendable honesty: “They’re fed up with the lockdown.”

As I went on my way I found myself being kettled outside Number 10 Downing Street, which was definitely in breach of social distancing, but there wasn’t a lot I could do about it considering the crowds.

It was there that I saw what to me was the appalling sight of a policeman going on one knee to demonstrate his support for Black Lives Matter. Hating the police is the new fad, so perhaps he didn’t realise that that organisation has as its main declared aim these days the defunding of the police, not an aspiration that would be shared by those people terrified by black-on-black knife crime and the destruction of their children and communities by drug dealers.

What happened to George Floyd was terrible, but he was a career criminal who in 2009 was sentenced to five years for sticking his gun into the stomach of a very pregnant woman as he sought to rob her house, and when he died he was on opioids and crystal meth.

He is no role model for the young, but because he was brutally killed by a policeman he joins a pantheon of victims.

Can someone play to the police Mahalia’s lines: “Children, talk about me sure as you please/Your talk will never drive me down to my knees”?