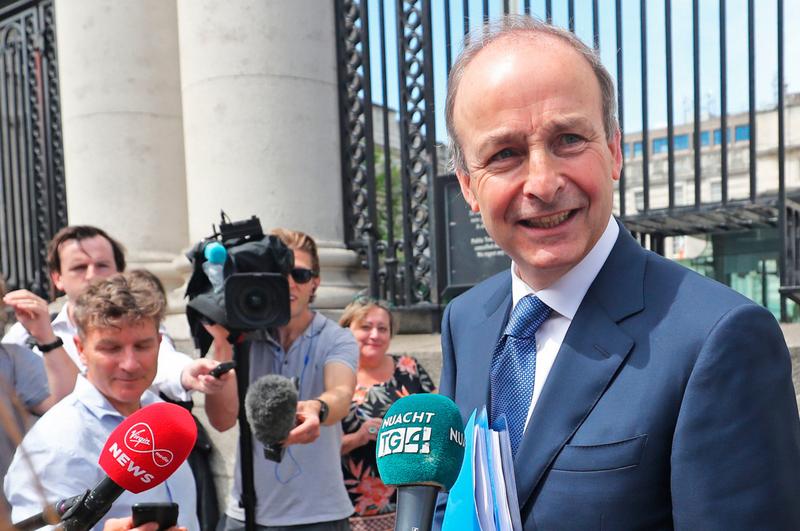 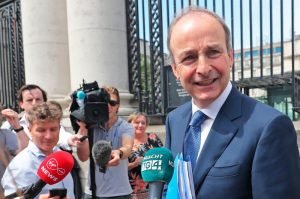 Trump is taking on the historical revisionists – that was the Spectator headline on an article by my friend Douglas Murray, who was talking about the President’s eloquent defence of a country under attack from radical liberals who despise it and young people, who, as Murray has put it elsewhere, have been “educated into imbecility”.

This was slightly disconcerting for me, for in the culture wars, I am on the same side as my good friend Douglas, yet, ever since, in 1977, I published an honest biography of the 1916 leader Patrick Pearse, I have been reviled in Irish republican circles as a revisionist.

So, before I talk about a new book, The Northern Ireland Question: Perspectives on Nationalism and Unionism, edited by Patrick J Roche and Brian Barton, which is a brilliant contribution to our understanding of the unbridgeable gap between nationalists and unionists, let me clarify what the word means.

Calling someone a revisionist is normally an insult levelled by people who cherish myths, yet historians who write history based on evidence are bound to have to revise their opinion as new facts emerge.

But the American revisionists are not honest historians grappling with the complexities of the past: they are ignorant ideologues determined to recast American history as a shameful story of land-grabbing white supremacists by tearing down statues and desecrating the memory of those they know little about, but have decided to hate.

President Trump was speaking in front of Mount Rushmore National Memorial, one of the holiest sites of patriotic Americans, where George Washington, Thomas Jefferson, Abraham Lincoln and Theodore Roosevelt are carved into the mountains.

Murray asks: “If Mount Rushmore is ‘stolen’, then what of the rest of the country? And if all the land is stolen, the Founding Fathers were only slavers and the Constitution is a product of ‘white supremacy’, then what exactly holds this grand, quarter-millennial project together?”

“The nationalist case for Irish unity and the claimed ‘injustice’ of partition are fundamentally based on the claim that the inhabitants of the island of Ireland constitute a single nation,” says Patrick Roche in his superb essay, Terrorism and Irish Nationalism.

“Yet, it is a delusion, based on the belief that unionism expresses a ‘false consciousness’; that is, a failure on the part of unionists as a minority of the claimed Irish nation to accept their real, authentic national and political identity.”

Roche quotes the French philosopher Ernest Renan’s view that national identity requires its people to have in common “a rich legacy of remembrances” and “actual consent, the desire to live together, the will to continue to value the heritage which all hold in common”.

When Irish nationalists gather to honour Irish revolutionaries, they are demonstrating that Irish identity does not include unionists, who have their own rich legacy and no desire to live with those who despise it.

When they indulge themselves in the national sense of grievance immortalised by Professor Liam Kennedy as MOPE (the Most Oppressed People Ever), which most unionists rightly regard as preposterous, they are copper-fastening partition.

This is exacerbated when they utterly refuse to recognise that the actions of the Irish state in its early years, in encouraging violence in Northern Ireland and seeking at every turn to undermine it, was utterly counter-productive. Or the bleak reality that the campaign for Irish unity was driven by a gospel of IRA hate and a barbarous murder campaign.

Roche quotes the political scientist Karl Deutsch’s view that a nation is “a group of people united by a mistaken view about the past and a hatred of their neighbours”.

Despite Sinn Fein lies and perversions of history, real historians and unionists know what happened in the past and where the hatred led.

This important book, by several talented and respected contributors, faces many truths the one-nation believers want to avoid.

I’ll be coming back to it in future columns, but just for now, I would like to think the new Taoiseach, who is an historian, might at least read Roche’s essay before he gets dragged into the next round of recriminations.

Ireland could be a peaceful island if nationalists could accept that people, not geography, determine a nation.

And, like the US, the Republic of Ireland needs to stand up to the ignorant, the deluded and the wreckers.