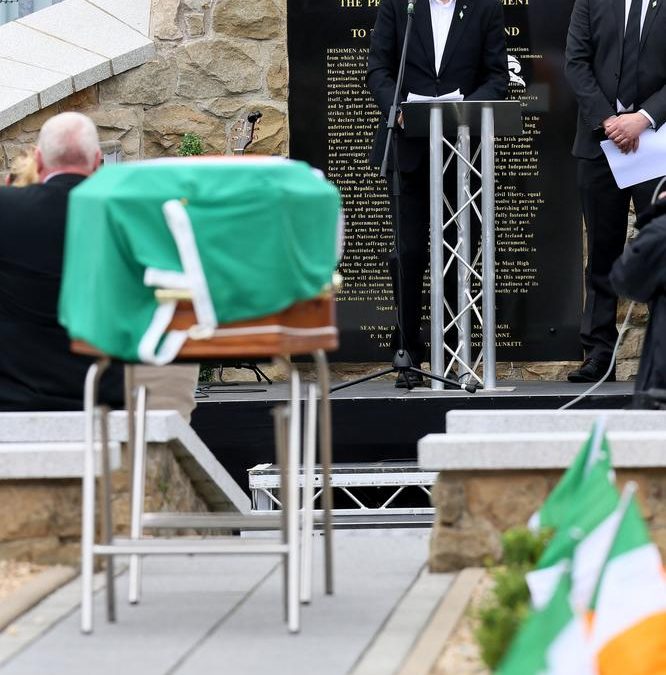 The strategy behind the infamous Storey funeral was to show contempt to democracy and wind up unionists, writes Ruth Dudley Edwards 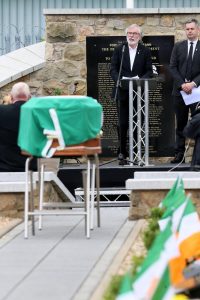 As if there was any doubt, the shameless behaviour of those organising and leading Bobby Storey’s funeral extravaganza reminds us that what goes these days by the name of Sinn Fein is not a political party.

Sinn Fein is linked to a terrorist organisation, but now pretends to be something else.

It indoctrinates its members, forms a closed, totalitarian society and persuades its members that the ethical codes of society at large are irrelevant. Its members learn to act at all times selflessly in the interests of their group and follow orders unquestioningly.

If you want to know what it’s like living in such a regime, read Milkman, the marvellous novel by Anna Burns, who grew up in Ardoyne in a small community tyrannised by the IRA, where individuality of any kind was frowned on and the flouting of authority attracted a range of punishments that included being ostracised, exiled, injured, or murdered.

Like the hunger strikers, Bobby Storey sacrificed his life and his family to a doomed attempt to force unionists into a united Ireland, because he believed in his messianic leader.

Remember the time in 2014 when Gerry Adams was arrested and questioned (and no charges ever brought against him) about the murder and disappearing of Jean McConville, when Storey took to the streets to roar, “That they would dare touch our party leader, the leader of Irish republicanism”?

What would have been right for Sinn Fein to do, were it a political party, would have been for Michelle O’Neill, whom it calls its leader in the north, since it can’t be expected to recognise the legality of the state from which she draws her salary, to put the health of people in both parts of the island first and obey the rules she had insisted the public observe.

As one source told Sunday Life: “This was the Provos saying, ‘We haven’t gone away’.” – putting that message out to the British Government, the PSNI and dissident groups. And, of course, the new Irish Government.

But that’s not all they were about. As they sniggered about what they knew would be the inability of the police to implement the law, they will also have been having a chuckle about the serendipity of this funeral winding up loyalists.

The republican leadership has not been pleased that, in the interests of public health, the loyal orders cancelled their cherished July parades, so they will be thrilled that cancelled bonfires are being rebuilt and there have been around 100 applications by bands to march on July 12 and 13.

I appeal to responsible loyalist leaders not, yet again, to fall into this trap.