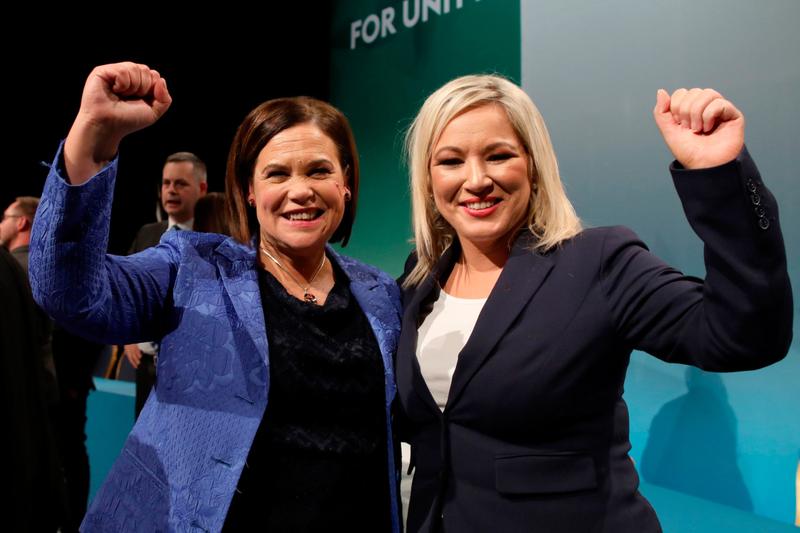 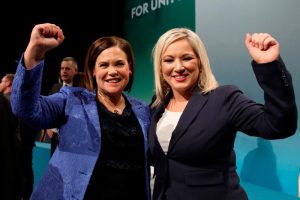 Three Sinn Fein communications in the last few days intrigued me. What was Francie Molloy, the MP for Mid Ulster, up to when he wrote: “We were sold a pup with the GFA – no commitment from either Dublin or London to deliver for Nationalists or Republicans, it was just a bluff”?

Was it inspired by HQ peevishness at Taoiseach’s Micheal Martin’s sincere desire for mutual respect between nationalists and unionists and north and south?

Had Francie been asked by HQ to convey a message to the British and Irish Governments? Or was it a solo run?

Has Declan Kearney any idea how odd it sounded to say: “So, two of my heroes share the same birthday…” with photographs of Nelson Mandela and ex-MP Pat Doherty, who along with Gerry Adams and Martin McGuinness, controlled republicanism for decades? 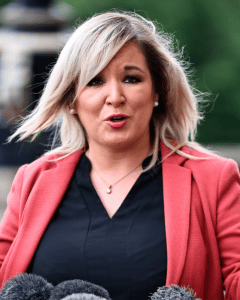 I presume Sinn Fein MLA Linda Dillon tweeted her statement on the Sinn Fein website last week, complaining about the “barrage of threats, sectarian and misogynistic comments” targeted at Michelle O’Neill, but I can’t report the comments, since although I’ve never had anything to do with her, like Mary Lou McDonald, Ms Dillon (but not Ms O’Neill) has blocked me.

I checked out the kind of nasty comments Michelle O’Neill has been attracting, but as far as I can see in quantity and quality they are pretty tame stuff compared to what, for instance, Maria Cahill, Ann Travers and I regularly receive from the Shinnerbot army.

The three of us are civil, but our enemies are not.

As Malachi O’Doherty explained in a recent entertaining article imagining “Sinn Fein’s handbook for trolls”, their intention is to force their opponents off Twitter by wearing them down with tons of abuse, so they attack critics variously as liars, fools, propagandists, unionist lackies, gutless hypocrites, turncoats, traitors and lickspittles.

But since we are women, they have plenty of extra weapons in their arsenals.

“The bulk of this abuse” levelled at Mrs O’Neill, said Linda Dillon, “has consisted mainly of repugnant sectarian and misogynistic comments.”

Here’s a small selection (censored) of what republicans have said recently about me.

“You’re a sad pathetic old horrible bitch. You are as much worth as the following. Bin juice. Hair in a plughole. The white bits that form on the corner of people’s mouths. Bellybutton fluff. Gunk between toes when you were new black socks. Your soul is dog s**t.”

Here, from someone still fuming that last year I spoke at a dinner remembering victims of IRA terrorism: “Ruth an apologist for the rabidly sectarian murder gangs of the UDR, that’s some credibility for her character, even went to a hotel banquet to honour them where T**gs had to remove their name badges lest it offend them, time for the Nursing Home for you imo!”

(It is, of course, a lie about the name badges.)

Ruth Ugly/Deadly Edwards “slabbers nonsense”, “talks s**t and spew bile”, and is, of course, crazy, mental, a virus, a maniac, mad as a hatter and emitting toxic vapours.

They allude frequently to my age: “senile old bat”, “sour faced old hag”, “bitter old bigot”, “old goat” and recently, “the woman who smells of cats” (I don’t have cats) and have constructed an image of me living friendless and crazy with loneliness, fantasising about Gerry Adams and Sinn Fein who “live rent free in my head”.

“Shouldn’t you be in isolation in your crypt?” inquired another.

The insults amuse me more than anything else, but they upset a lot of people and I think they should be discouraged.

At its best, Twitter is a marvellous forum for wit, news and debate, but it lowers itself with the hatred and crudity.

Might I suggest that the right response to the abuse being levelled at Michelle O’Neill would be for her and Mary Lou McDonald to publicly denounce the Shinnerbots?