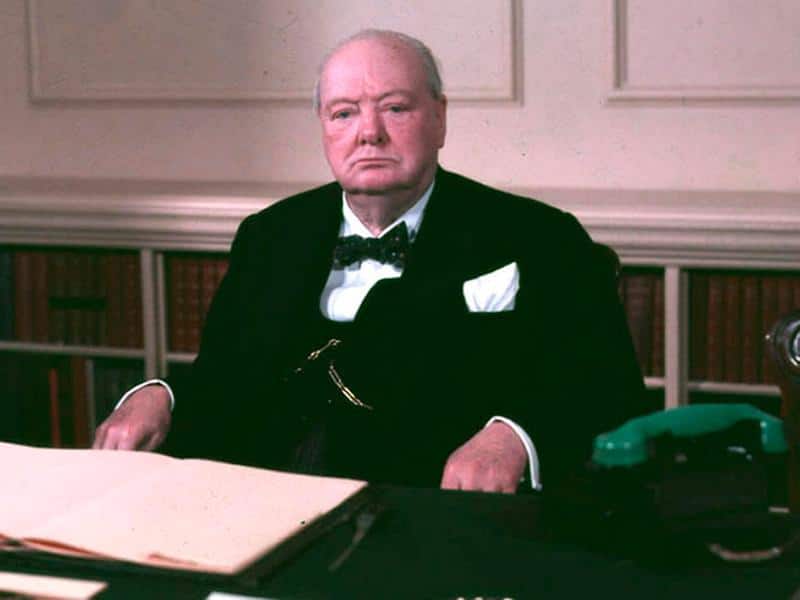 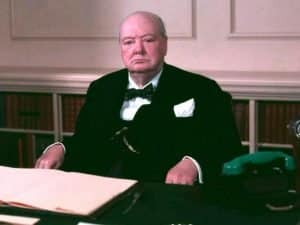 Last month I saw a young woman on a TV news programme being asked if she thought Winston Churchill was a racist whose statue on Parliament Square should be removed. “I don’t know,” she replied. “I never met him.”

At least she was more open minded that many of those who have been plaguing us to eradicate memorials to people they know nothing about.

Or those senior republicans who relentlessly indoctrinate their followers with the MOPE (Most Oppressed People Ever) version of Irish history.

MOPE-Master Gerry Adams, produced a classic contribution last week in an article called ‘Roger Casement versus the Empire: Statues for Irish Heroes,’ in which in the context of the role in the slave trade of countries other than the United States he poured invective on the British Empire while omitting that it outlawed the trade in 1807 and took on the role of global policeman in suppressing it.

Reading the excellent essays in ‘The Northern Ireland Question: perspectives on nationalism and unionism’ edited by Patrick J Roach and Brian Barton, I was brooding about how Northern Irish schools can avoid one-sided or sanitised history.

How many school children are likely to hear the brutal truths in Barton’s searing essay on ‘The birth of Northern Ireland in Ireland’s revolutionary period,’ where he looks at the development of the siege mentality among unionists and the grievance culture among nationalists?

Do Irish nationalists who see Michael Collins as the swashbuckling moderate compared to Eamon de Valera realise it was he who tried to strangle the northern state at birth by blocking the transfer of civil servants and government records from Dublin to Belfast and by launching a propaganda campaign alleging that Sir James Craig’s government was brutally suppressing the Catholic minority, while encouraging its members to boycott Northern Ireland institutions and thus stopping them having substantial influence on educational, local government and police reform.

Even more important was his covert sponsoring and orchestrating of a destructive and murderous IRA campaign.

Between 1916 and late 1922, Barton tells us, 5,000 people on the island were killed, up to 80,000 fled from their homes as refugees, expenditure on security impoverished both states, and the violence “exacerbated tribal hatred on the island and culminated in the formation of two mutually hostile states, each economically retarded, and harbouring deep suspicions towards its minority populations.”

Taught to revere revolutionaries, how often do nationalists look coolly at the results of republican violence?

Or unionists consider how their paranoia and refusal to tell their stories to the world gave republicans an undefended goal.

Reading a rather dispiriting article about the GCSE history curriculum in Northern Ireland, I learned about local study units – 1920-49, focused on the Second World War and chosen by 40% of Protestant, and 1965-98, focused on civil rights and chosen by 90% of Catholic schools.

What they’re given, says Michael Davies, founder of the charity Parallel Histories, is “an eviscerated, inoffensive curriculum that occupies a middle ground and which is not recognisable to people when they go home and talk about their history”.

Davies devised a course that is taught to children on both sides of the Israeli-Palestinian conflict and is now working with some Northern Irish schools on a history curriculum covering the period from 1920.

“The sense of victimhood is always there in post-conflict situations,” he says, and some Catholics have no idea of the Protestant story “about freedom of thought, freedom of religion.”

The way to study a disputed history, he says, is not to shy away from competing narratives – “seek them out, lay them side-by-side and challenge your students to immerse themselves in both”.

This chimes with my view that rather than tearing down contentious statues we should be providing explanatory plaques that encourage debate.

I want a world in which that young lady learns that Churchill was a great but imperfect man, and Northern Ireland schoolchildren address David Trimble’s speech at the Nobel prize ceremony in 1998.

“Ulster Unionists, fearful of being isolated on the island, built a solid house,” he said, “but it was a cold house for Catholics.

“And northern nationalists, although they had a roof over their heads, seemed to us as if they meant to burn the house down.”

Now that would be a debate.