Hume’s legitimisation of Sinn Fein was an appalling misjudgement 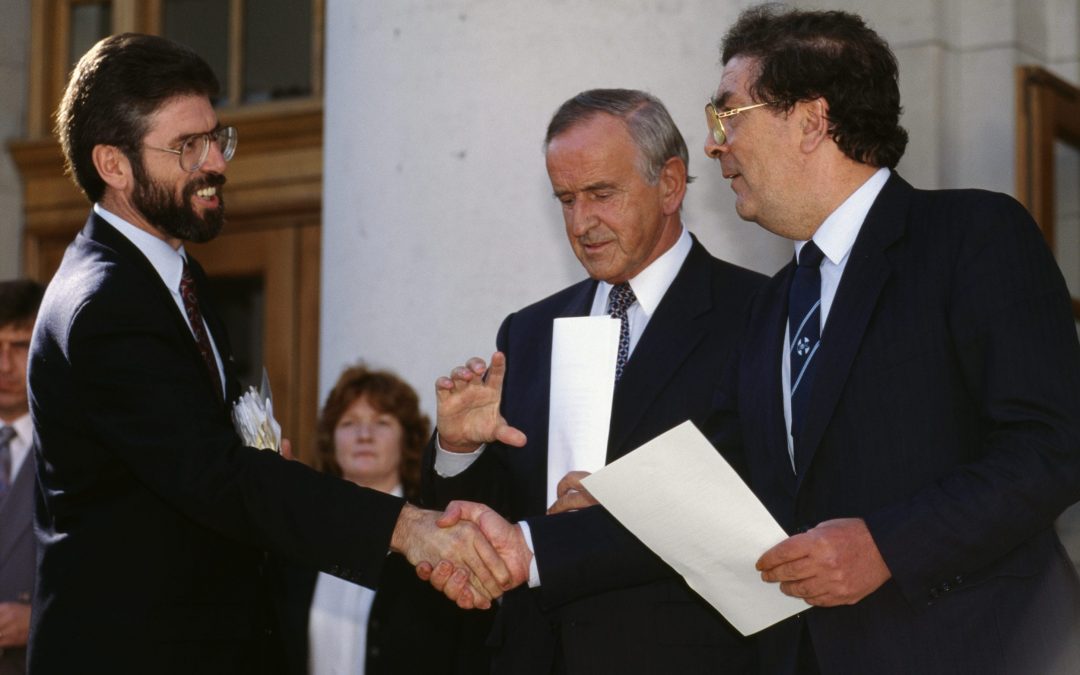 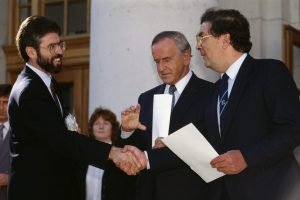 It is a grievous sin in Ireland, my native country, to speak any ill of the recently dead, but reading and listening to some of the guff being produced by the likes of Tony Blair, Bill Clinton and the Irish president about John Hume, I couldn’t hold back. As Matthew Parris pointed out some time ago, if you don’t challenge what is said about somebody immediately after they die, the hagiography lodges in the public consciousness.

So here’s my take on Hume.

I haven’t had many kind thoughts about him since he unwittingly sold the pass to Gerry Adams, so I was surprised at my unexpected sadness. It was the photographs that I found distressing. There were all those vibrant, shots of the young and middle-aged Hume, a charismatic, able and astonishingly brave man who was doing a lot of good. And then came the images of the exhausted man undone by his vanity. And finally, over the past few years, occasional sightings of an old man who had disappeared into dementia.

I had known John well from the early 1980s, when I joined the committee of the British Irish Association, which tried to get people of all shades of opinion on matters Northern Irish to talk and listen to each other in Oxbridge colleges. Although from a Dublin nationalist background, I had lived for years in London and had no fixed views about Northern Ireland, but I knew that John had done a lot to raise the morale of resentful nationalists in and beyond his native Londonderry and had been extremely brave in standing up to police, soldiers and IRA terrorists from the outbreak of the Troubles.

John was friendly, warm and good company when he wasn’t depressed or angry, and at those conferences, like pretty well everyone except Unionists, I was moved by his eloquence and for a while bought into his view – given relentlessly in what became known as his “single transferable speech” – that the Irish were simply a divided people who could be brought to embrace peace if only everyone showed sense.

I was never cut out to  be an acolyte, and as I came to make friends with Unionists, increasingly I disagreed with John, who was never a man to encourage dissent, and particularly when he had been drinking I could be accused of being a traitor or an agent of MI5. I was coming to realise through observation that despite his rhetoric, he just didn’t like Ulster Protestants. Unionists who never thought Hume’s deputy Seamus Mallon sectarian thought Hume a bigot.

I knew many of the players on the Anglo-Irish circuit by then and was concerned that through sheer force of personality and his prowess  at emotional blackmail and the importance of “taking risks for peace”, he appeared to be dictating the Northern Irish policies of the Irish Department of Foreign Affairs who in turn were greening the British Foreign Office, and further alienating Unionists. Yes, he deserved a great deal of credit for persuading Irish-American activists to  abandon financial support for Sinn Fein, but the people  he associated with, like Ted Kennedy,  reinforced his tunnel vision and arrogance.

And then came his decision to talk to Sinn Fein/IRA whom he was convinced he could seduce onto the path of constitutional nationalism.

I had a great friend who was very close to John who repeatedly warned him that he was imperilling his party and his country by giving legitimacy and hope to the struggling Provos, but John had a complete belief in his own judgement and preferred to deal with Republicans than with Unionists and thought that in any game, his superior intellect would triumph over that of the Gerry Adams.

The island of Ireland lives with that appalling misjudgement. Sinn Fein is a cancer on both sides of the border, a powerful cult that is run from behind the scenes by the IRA Army Council. Having almost destroyed Hume’s party, in Northern Ireland it splits power with the Democratic Unionist party, and makes Northern Ireland ungovernable. In the south, it is the main opposition party challenging a shaky government that knows that Sinn Fein would triumph in an election.

Here’s a quote from a prescient article in Prospect magazine written in April 1998 by my friend Sean O’Callaghan, a repentant IRA terrorist who was warning at every opportunity of the perils of talking to the IRA. “Since the foundation of the Irish state there has been a clear dividing line between extreme violent nationalism and constitutional nationalism. But without any debate, and denouncing his critics as “anti-peace,” John Hume has blurred that line and given life and energy to extreme nationalism. He has brought the political arsonist into the house without taking the box of matches from his pocket.”