In defence of Claire Fox 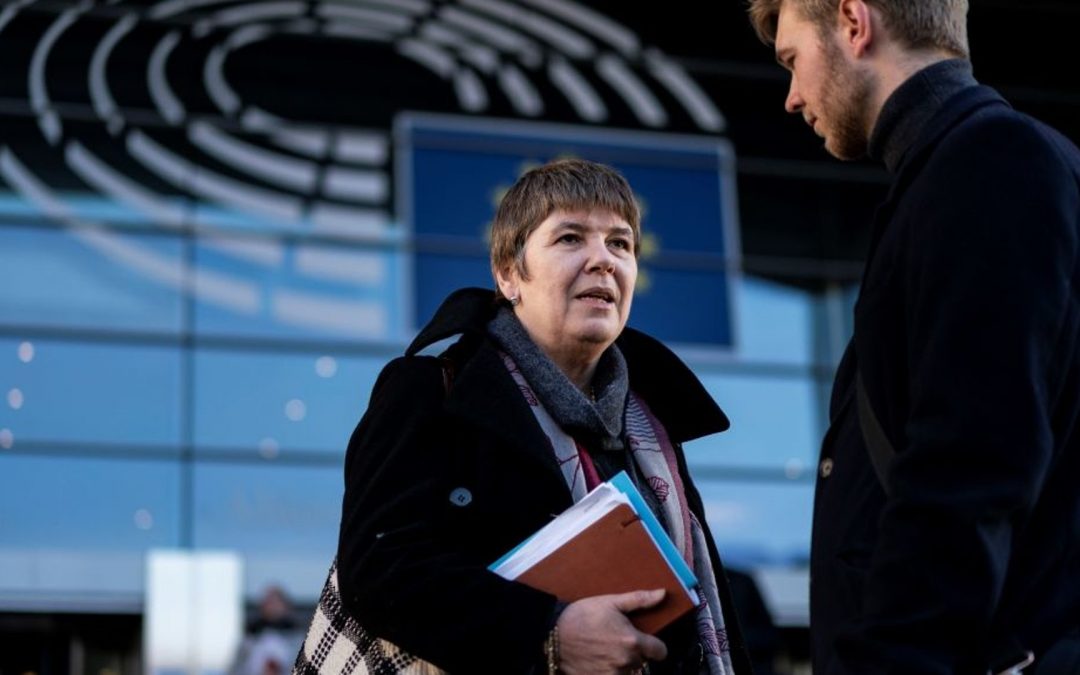 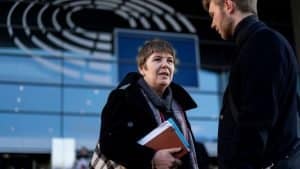 I have been so unremitting and harsh a critic of the IRA and Sinn Fein since the early 1990s, that Gerry Adams and Martin McGuinness tried hard to have me silenced. Sinn Fein still try to shut me up with the help of libel lawyers, and an army of Shinnerbots hurl insults at me on social media, often begging me to die.

I have also worked for years with organisations representing victims of terrorism, including Innocent Victims United, whose spokesman, Kenny Donaldson, recently called the Brexit Party’s endorsement of Claire Fox ‘appalling and indeed borderline contemptuous’ because of her past membership of the Revolutionary Communist Party (RCP) which supported the Provisional IRA. In 1993, when IRA bombs killed three-year-old Johnathan Ball and 12-year-old Tim Parry in Warrington, the RCP newspaper’s disgusting response was: ‘We defend the right of the Irish people to take whatever measures are necessary in their struggle for freedom.’ Quite apart from anything else, it was a monstrous lie to imply that the Irish people were in favour of murdering anyone – let alone children – in order to terrify unionists into a united Ireland.

So it is entirely understandable that Claire’s election as a Brexit Party North West MEP was very upsetting for the Tim Parry Johnathan Ball Peace Foundation. And I completely understand why they and my friend Kenny Donaldson are now shocked at her appointment to the House of Lords.

Yet I am a friend and admirer of Claire, and I’m delighted she’s been given a peerage. I have an eclectic bunch of friends whom I judge by their present actions and values rather than those of their past. The late Sean O’Callaghan, who became one of my closest friends, was an IRA murderer in his youth who as an adult became a dedicated enemy of terrorism and a radical conservative.

Claire is now a libertarian humanist who like other members of the RCP has become a badly-needed challenger of established liberal orthodoxies. Brendan O’Neill, editor of Spiked, the sociologist Professor Frank Furedi and Munira Mirza, No.10’s Director of Policy, all became BS detectors who have the courage to question the sacred dogmas of the liberal left.

I listened to Claire often on the Moral Maze and delighted in her open-mindedness and scepticism, which is why I was happy to be recruited as an occasional panellist at her Institute of Ideas and a judge of its Debating Matters Competition. I was on her side on Brexit and am now absolutely behind her latest initiative, the campaign Don’t Divide Us, which is standing up to ‘reactionary racists or culture warriors who refuse to see us as individuals beyond our skin colour.’

Like her ex-comrades, Claire is a fearless warrior against political correctness and Cancel Culture. I delight in her telling audiences that if anyone says anything they find offensive, they shouldn’t waste their time complaining to her. Claire is well aware that I regard the Provisional IRA, and indeed, Sinn Fein, which is still run by the remnants of the Army Council, as a cancer on the island of Ireland – an argument I have expressed many times on platforms she has given me. I think the RCP attitude to Ireland was quite as appalling as does Kenny, and I would find it difficult to see Claire as a friend if she were eulogising terrorists, but to my knowledge she never has, and I think the media are misrepresenting her. She has specifically said: ‘I do not support or defend the IRA’s killing of two young boys in Warrington in 1993’.

That is clear enough for me, and I would urge my friends who think otherwise to give Claire a break. Her only involvement in Ireland these days is in organising debates. Reviewing the papers on Sky recently, she spoke warmly of John Hume and his contribution to peace. I disagree on this, since I think John Hume was utterly wrong to have rescued the Provisional IRA from the gutter and legitimised them, but I’m in a minority and she’s in step with the Establishment. After all, Boris lit a candle for Hume in Downing Street.

The House of Lords is badly in need of warriors against the woke forces that are intimidating universities, publishers, the media, politics, public services and more into suppressing free speech and free thought. They are our modern extremists. Claire Fox is a brave, combative and articulate general on the right side in this war. She’s got my support.