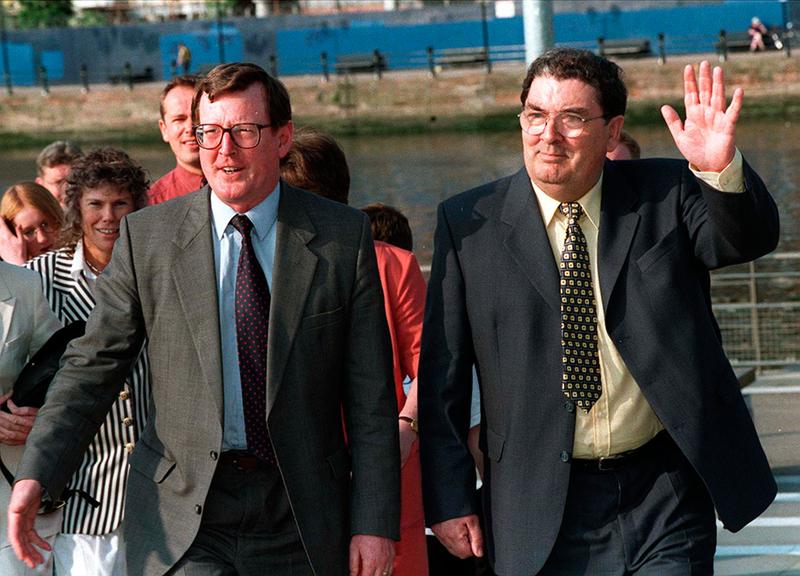 People seem to forget how crucial the ex- UUP leader was in helping to end the violence, says Ruth Dudley Edwards 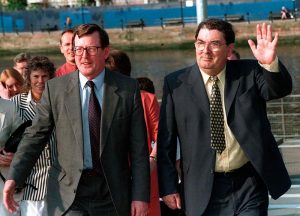 Did anyone notice, in all the tributes to John Hume, how rarely David Trimble was mentioned? Had you known nothing about the period, you could have read many articles without learning that they shared the Nobel Peace Prize in 1998.

Indeed much of the coverage in the Irish and foreign press might have made you wonder why Hume had not shared the prize with Gerry Adams.

The Irish pan-nationalist tribe from which I come has an inferiority complex that makes many of its members dislike, and some others hate, unionists, who offend them by refusing to embrace Irish culture and welcome a united Ireland.

Yet very few of them made or make any effort to get to know and understand unionists.

Those of us who have bothered to are denounced as traitors. Becoming a friend of Trimble – whom I came to like and admire for many qualities, including his courage, honesty and decency – put me well beyond the pale.

The differences are a lot about style and substance. Irish Catholics want to be liked and so are culturally virtue signallers: Ulster Protestants are not.

Hence, all the impertinent guff from IRA killers and their eulogisers about peace, love, respect and all the rest of it.

Ulster Protestants, on the other hand, say what they mean and their straight-talking is a quality disliked by my tribe that I came to appreciate and indeed indulge in.

John Hume was a virtue-signaller. Paisley, after he had become First Minister, wanted and got adulation by producing the right rhetoric to charm southerners and became popular.

I just revisited some of the press coverage around the time of the Nobel ceremony to remind myself how Trimble was viewed in the Republic in 1998 after he and Hume made their speeches in Oslo.

Hume gave his single-transferable lecture about peace, human rights, the EU and Martin Luther King, which went down fine.

David Trimble, who in addition to having a passionate interest in European art and music is exceptionally well read in history, politics and philosophy, spoke thoughtfully and intelligently – his argument laced with quotes from, for instance, Edmund Burke, the Israeli writer Amos Oz and the American diplomat and historian George Kennan – of tribal differences, of evil, of the dangers of fanaticism, and the duty of both political traditions to take on their fanatics.

Among the memorable passages were: “Ulster Unionists, fearful of being isolated on the island, built a solid house, but it was a cold house for Catholics.

“And Northern nationalists, although they had a roof over their heads, seems to us as if they meant to burn the house down.”

Unlike Hume, who had most of nationalism on his side, David Trimble had a phalanx of unionist enemies and this speech made Paisleyites, Orange hardliners and loyalist extremists who had bitterly opposed the agreement, uneasy and angry.

It simultaneously offended many nationalists and drove republican commentators crazy.

Trimble, who was often accused by the ignorant of bigotry, had taken his main inspiration on the speech from the southern commentator Eoghan Harris. His allies included Sean O’Callaghan, the IRA terrorist turned informer, and he had chosen as his official biographer Dean Godson, an American/British/Israeli intellectual who disapproved of the Agreement and wrote it warts and all.

It is probably too much to expect Irish nationalists to rethink their view of Trimble, but a little graciousness would not go amiss.