Lack of libel reform in NI helps republicans to bully critics, and is a serious threat to free speech 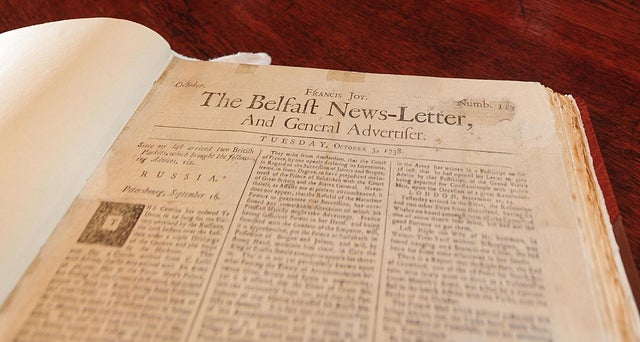 Well, the tweet from editor Alistair Bushe last Wednesday saying I was joining the News Letter certainly got the Shinnerbots excited. 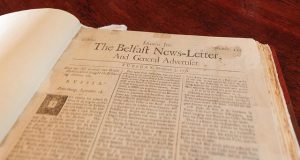 As an historian, I feel a thrill in becoming part of the oldest English-language daily paper: as a journalist, writes Ruth Dudley Edwards, and I feel motivated by fearless new colleagues

For those of you who ignore social media, these are the armies of Sinn Fein supporters who assemble on Twitter to demonise and insult anyone who criticises their party, their leaders, IRA atrocities or their distortion of history, as in, for instance, Unquiet Graves.

Many of the tweets about me are just straightforward ageist and misogynistic abuse. “Ugly old West Brit bigot c**t why don’t you crawl into your mausoleum” is typical.

I’ve had years of this stuff, none of it bothers me, and some make me laugh.

And as one tweet put it last week “the stuff emanating from some SFers is so vile that those aware of it in ROI are finding that their natural desire for a united country is diminishing”.

Before sharing a few more insults, may I say that I’m truly delighted to have joined the News Letter as its Tuesday columnist.

Apart from an essay in the Stop the Legacy Scandal series, I’ve never written for it before, but I’ve been reading it regularly since it became available online and admire its courage, decency and lack of sectarianism.

As an historian, I feel a special thrill in becoming part of the oldest English-language daily newspaper still in existence: as a journalist, I feel motivated by new colleagues who are fearless in the pursuit of truth — for instance with legacy issues and RHI — even when it upsets some readers.

I care greatly about free speech, which is under serious threat.

The resistance of the DUP (with the tacit approval of Sinn Fein) to adopting Westminster’s 2013 Defamation Act blocked libel law reform in Northern Ireland, puts newspapers in constant financial peril and is dangerous for the health of politics and society.

For some politicians, it’s a nice little earner. For Sinn Fein, brilliant practitioners of lawfare with an army of lawyers, it’s a strategy of intimidating critics into silence.

Since I became a journalist in 1994, I’ve become well acquainted with legal threats.

As with the IRA and Roman Catholic policemen, the Shinnerbots have a special hatred for people who, like me, were born into Irish nationalism and Catholicism but took against violent republicanism and anti-Protestanism, regard the IRA as terrorist murderers, despise the lies of Sinn Fein, criticise it forcefully and have close unionist friends: we are turncoats, traitors and Judases.

In addition to being an implacable opponent of the IRA, my offences against the republican cult are legion.

My first book was a frank biography of Patrick Pearse, the leader of the 1916 rebellion, which offended those who saw him as a saint and martyr: my most recent was The Seven: the founding fathers of the Irish Republic, which, though sympathetic to individuals’ virtues of courage and selflessness, was damning of the assault on democracy of that tiny cabal which has had terrible consequences for this island over the past century.

In between, since I became a political commentator, because unionists are mostly so bad at public relations and at countering brilliant and unscrupulous republican propaganda, I’ve made their case to audiences in Ireland, the United Kingdom and further afield.

I’ve exposed how the IRA secretly staged the dreadful confrontations over parades in the mid 1990s with the intention of destabilising Northern Ireland, which was at the centre of my sympathetic though not uncritical book about the shockingly demonised loyal orders.

And I have done my best to counter some of the wicked misrepresentation of the vast majority of the RUC, the UDR and the British army.

From the Shinnerbot perspective, my becoming a News Letter columnist, is “a bit like Goebbels joining up with the Nazi news”.

“Was a more agreeable columnist not available?” enquired another.

“She has been one of the most vile, sectarian bigots ever,” said third. “That’s why you employed her.”

A new theme coming up is intended to make unionists distrust me by embellishing the unimpressive revolutionary career of the family lunatic, Grandmother Edwards, whom tweeters have elevated to the rank of IRA leader.

Briefly a foot soldier in Dublin in the women’s paramilitary Cumann na mBan, being a coward she dropped out pre-rising, but always cheered on IRA extremists and became a fan of Mussolini and Hitler.

Granny was good at hating people, but I’m not.

I believe Sinn Fein to be a cancer on our island, but I’m sorry for young people whose lives are ruined by being taught that they are victims and their neighbours oppressors.

The last verse of WH Auden’s ‘There will be no peace’ sums up how I believe we should all deal with the incurable haters from wherever they come.

There will be no peace.

Fight back, then, with such courage as you have

And every chivalrous dodge you know of,

Clear in your conscience on this:

Their cause, if they had one, is nothing to them now;

They hate for hate’s sake.