My novel approach to fighting all this snowflake madness 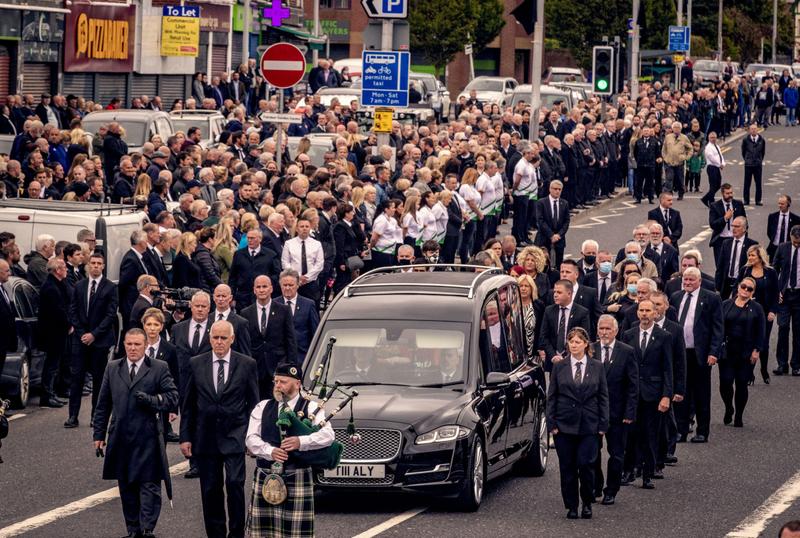 Woke generation are destroying everything that we value 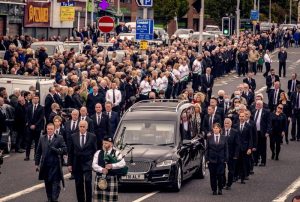 Controversy: we are asked to believe that the Bobby Storey funeral broke no regulations

I got completely stuck over the last couple of years, as I tried to write my latest crime novel, Death of a Snowflake, which, as you might guess, is about the lunacies of identity politics and the terrible war against free speech and common sense.

As if we hadn’t enough to worry about over the Brexit negotiations and now Covid, we have seen among many others who ought to have known better, British policemen, the English cricket team and the leader of the Labour Party, Sir Keir Starmer, a former Director of Public Prosecutions, kneeling to honour a dead American career criminal who died because he resisted arrest and encountered an unusually brutal policeman and because he was black and the cop white, has morphed an icon of peace.

Teenagers and people in their early 20s who know little of life, history, politics, or much else are taken seriously by academics and human resources departments when they join hysterical mobs – often led by white anarchists – dedicated to destroying along with Western civilisation the careers of anyone who can be found ever to have used a phrase that enabled them to scream racist or sexist.

I write satire, which I used to find pretty easy because it was light relief after researching and writing non-fiction.

My first – which was intended to be serious but the jokes and irreverent analysis kept intruding – was about the British civil service, which I had just retired from and it took me just 14 days.

The latest one has been dragging on for about three years.

Writing fiction was never my day job, but over the years I’ve produced 12 novels.

I would take an institution I knew pretty well, like Cambridge University, a gentleman’s club, the Church of England or the Anglo-Irish peace process, do the necessary research, set the scene, kill a suitable victim then see what happened.

I began to falter with the last one, because I was making fun of conceptual art – the kind of stuff that involves people with no talent but an eye for marketing – make a fortune out of credulous academics and critics, and cynical art dealers who exploit the gullible new rich with more money than sense. It was difficult though, because the more I read and looked at the more I realised that reality was more ridiculous than anything I could imagine.

I offer you the Tate Trustee Michael Craig-Martin, who created what the multi-millionaire Damien Hirst, who can neither draw nor paint, described as “the greatest piece of conceptual sculpture that he just couldn’t get out of his head” – a glass half-full of water on a small shelf attached to a wall which he called An Oak Tree.

It caused problems with Australian Customs when it was borrowed for an art exhibition because it technically contravened rules on importing vegetation.

I managed to produce Killing the Emperors eventually, but so far I’ve begun Death of a Snowflake four or five times and parked it, most recently in March when Covid descended on us all and changed the world.

Since then, we experienced JK Rowling being denounced by the three actors she turned into millionaires for saying that for a man to announce he was a woman didn’t make him one.

Of course, Northern Ireland has its own special insanities, as for instance when Sinn Fein assure us that a man who plants a lethal bomb and hurts himself is a victim who should be compensated by the taxpayers he was trying to murder or we are asked to believe that Bobby Storey’s funeral broke no regulations.

I’ve just begun the anti-Woke book again though with a new sense of urgency and purpose and a clearer vision of who should be targeted.

The Woke madness is set on destroying everything we value and all sane people have a duty to fight it.

As Bobby Sands put it in another context: “Everyone, republican or otherwise, has their own particular part to play.

“No part is too great or too small, no one is too old or too young to do something.”

My weapon of choice in the War against Woke is ridicule.