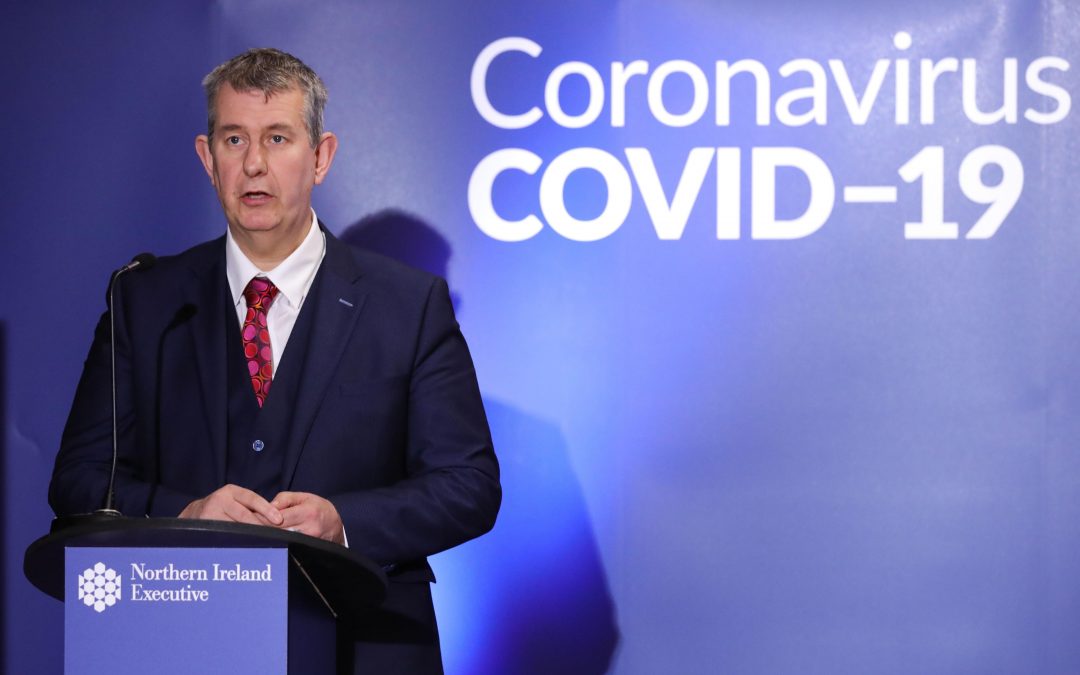 ‘At today’s press briefing,” tweeted Sam Taylor, chief executive of the think tank These Islands, last week, “Sturgeon said she suspects that Scotland came very close to eliminating Covid over the summer, before it was (at least in part) re-seeded by travel from other parts of the UK.” 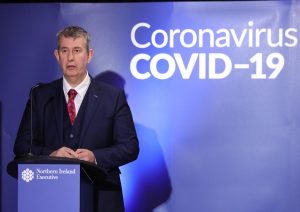 Edwin Poots got into trouble for saying that virus transmission between nationalist and unionist areas was “around six to one”. His figures were exaggerated but statistics from some nationalist areas were worrying

To which Paul Embery — who last year was kicked off the national executive of the Fire Brigades Union for speaking at a Leave Means Leave rally — responded: “Politician claims infected outsiders came to her country and spread a nasty virus, so makes the case for tougher border controls. But it’s Nicola Sturgeon of the progressive SNP. So that’s all fine.”

One of the supportive tweets was: “Odd that how control orders are only evil when it suits! Unless I’ve missed it haven’t seen Sinn Fein, et cetera complaining about the Garda’s imposition of controls on [cross border] roads.”

Which made me think, as I often do, about double standards, and particularly of the trouble Edwin Poots got into recently by saying that virus transmission between nationalist and unionist areas was “around six to one.”

I have differences with Poots: we had quite a lively run-in on radio when he complained that I had hurt his feelings by what I wrote about Ian Paisley after his death. But I like his directness and absolutely side with him against Sinn Fein’s John O’Dowd, who said: “His comments about the breakdown of the council areas and his hint that this is a Catholic problem is an absolute disgrace. (They are) comments that he should withdraw — and comments he should apologise for.”

Considering what members of his party don’t apologise for I think O’Dowd has a nerve. And while Poots’s figures were exaggerated, it is absolutely true that the statistics from some nationalist areas were worrying and those from Derry and Strabane were downright alarming.

It is reasonable to ask why.

“I will abide by the regulations, as have most people in my community,” was what Poots had said.

He thought the problems had it started when at the Storey funeral “people in that community saw the breaking of the rules”.

He wasn’t, as he said later, attributing this to religion, but “behavioural issues”. And he’s right.

The lesson of the funeral was once more that republicans can get away with breaking rules — even if they’ve imposed them.

As the commentator Ian Acheson wrote at the time, “This appalling incident makes the obsessive national media mania that accompanied Dominic Cummings’s transgressions look like a drive to the opticians.”

It’s not just the funeral, though, potent bad example though that was. I come from a Dublin nationalist background and I can attest that culturally we like to party in a way that is foreign and excessive to most of my English and Northern Ireland unionist friends.

I remember calling an Irish friend after Ireland joined the euro and asking her why there were celebratory parties. She said: “You’ve been away too long. Have you forgotten that any excuse will do?”

Add to that the fact that many nationalists were brought up with a contempt for the law, and you have a recipe for breaching regulations with a clear conscience.

And then add in the weaponising of Covid by the republican leadership.

Mary Lou McDonald had an article on Sunday demanding the Irish government spend, spend, spend and that the battle must be “fought on an all-Ireland basis”.

She also sounded uncannily like Sturgeon when she said “We need to get serious about people coming onto the island. There is little point in putting our economy and society into hibernation in order to suppress infection rates if we are leaving windows open for the virus to creep in at our airports and ports.”

And then there’s Mark Drakeford, the Welsh First Minister, who isn’t just intent on emulating Sturgeon and keeping outsiders out of Wales, he’s trying to stop people inside from escaping to more easy-going England.

Drakeford isn’t a nationalist, but he’s a hard left Corbynite, and in common with Sturgeon and Sinn Fein he has is a totalitarian mindset, double standards and a blithe disregard for the bills.

Who cares? Westminster will pay.

The Irish economist David McWilliams wrote at the weekend that in the Republic “none of the decision-makers — or public servants or politicians — works in the sectors that they are closing down”.

That is largely true also of the three UK jurisdictions. He added that “Lockdown means completely different things to different people. For the public servant there is no reduction in income. For the average small business person, income goes to zero.”

Like my colleague Ben Lowry, I’m deeply sceptical about the measures impoverishing these two islands.

We must learn to live with the virus. It is common sense, not hard-heartedness, to preserve the economy.

I endorse his suggestion (‘Kirstie Allsopp is right — we should all imagine we face a 50% Covid pay cut,’ October 24) that all those who support lockdown should imagine giving 50% of their income to help others. “Even if we did lose 50%, we would still be better off than people who face ruin. Anyone who would make such sacrifices and still back lockdown is an admirable believer in it.”

Don’t expect Sturgeon, Drakeford or the IRA strategists to try that.